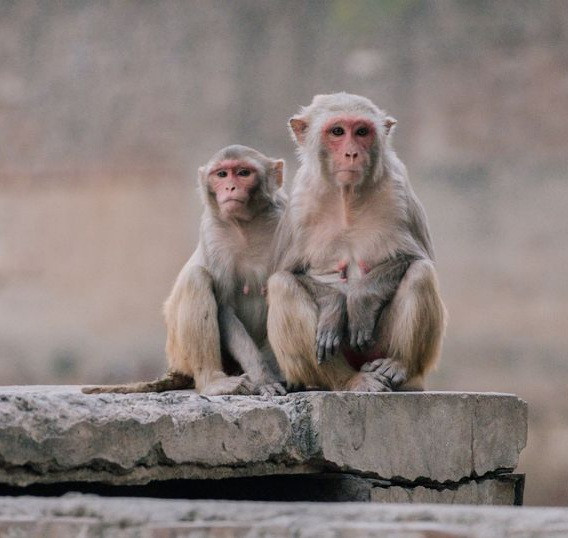 An eight-day-old baby has died after being snatched from her bed by a group of monkeys. The girl's mum was devastated to find her newborn twin girls gone from their beds after a pack of primates invaded her home on Saturday, Feb 13, in Mela Alangam (West Rampart) near Thanjavur Palace in India. Locals spotted the animals carrying the babies across rooftops and managed to rescue one of the baby girls after she was left on a roof. Tragically, the other baby girl was later recovered from a nearby moat and pronounced dead at the scene. Buvaneswari, the mother of newborn twin girls, said that monkeys entered her home and picked up the sleeping babies on Saturday. Buvaneswari further said she was shocked to see the monkeys on the roof and began yelling. It was only later that she realised that her children were missing. As she began to cry, neighbours came to help and reportedly retrieved one baby from the roof but couldn't find the other one. Moments later, the other baby was found in a nearby water body. Medical team reached the spot but pronounced the child dead. Inspector S Chandramohan of Thanjavur West police told the Times of India: “Once we got the information about the incident, we rushed to the spot and searched for the second baby. "We finally located the infant on the moat. We have sent the body to the Government Medical College Hospital for postmortem."The post Eight-day-old baby girl killed by pack of monkeys that stole her and her twin sister from their bed appeared first on Linda Ikeji Blog.