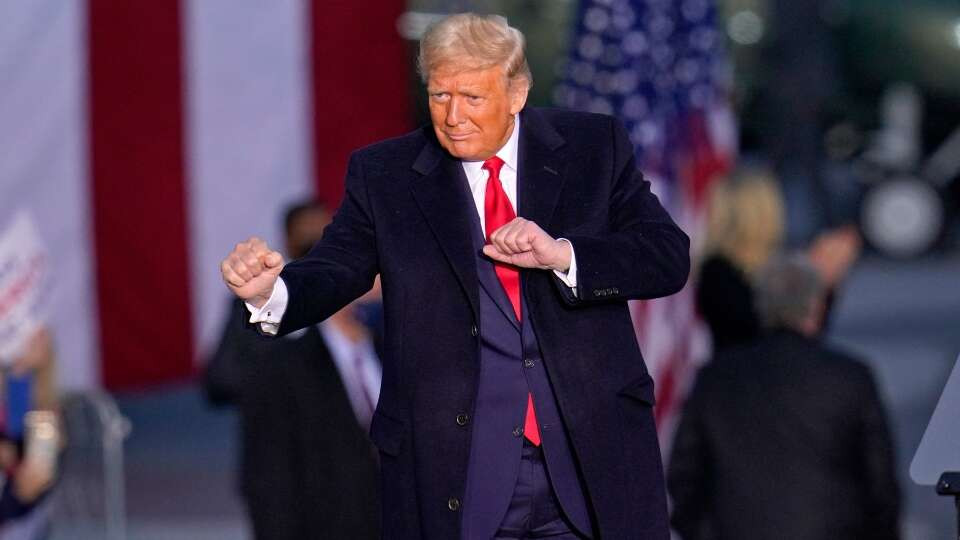 Former US president, Donald Trump has been acquitted by the Senate in an impeachment trial over his role in the 6 January attack on the US Capitol, concluding the second impeachment trial of his term in office. The U.S. Senate voted on Saturday to acquit Trump on a charge of “incitement of insurrection” after a majority of senators found Trump guilty, but the vote fell short of the two-thirds margin required to convict him after a five-day impeachment trial in the US Senate. A total of 57 Senators voted to convict Trump of the impeachment article brought by the U.S. House of Representatives, with seven Republicans joining all 50 Democrats in the chamber.  “This trial wasn’t about choosing country over party, even not that this was about choosing country over Donald Trump and 43 Republican members chose Trump. They chose Trump,” Senate Majority Leader Chuck Schumer said following the vote. Senator Mitch McConnell of Kentucky, the Republican leader, was among those who voted to acquit the former president. Explaining his decision in a floor speech after the vote, McConnell said Trump committed a “disgraceful dereliction of duty” by refusing to intervene as his supporters carried out a violent insurrection at the Capitol.  “There’s no question, none, that President Trump is practically, and morally, responsible for provoking the events of the day,” McConnell said, before concluding that the Senate was never meant to serve as a “moral tribunal”. McConnell also dismissed the Trump attorney’s claim that impeachment was an attempt “to disenfranchise 74 million-plus American voters” who voted for Trump in the 2020 election. “That’s an absurd deflection,” McConnell said. “74 million americans did not invade the Capitol. Hundreds of rioters did. 74 million americans did not engineer the campaign of disinformation and rage ... One person did. Just one.” But in the end, after “intense reflection,” McConnell said he ended up concluding the Constitution did not allow the Senate to convict a former president. Sen. Ben Sasse, R-NE, one of the seven Republicans who voted to convict, said in a statement. : "This trial is constitutional because the president abused his power while in office and the House of Representatives impeached him while he was still in office," Sasse said.  "If Congress cannot forcefully respond to an intimidation attack on Article I instigated by the head of Article II, our constitutional balance will be permanently tilted. A weak and timid Congress will increasingly submit to an emboldened and empowered presidency. That’s unacceptable." After the decision, former President Trump released a statement saying: "This has been yet another phase of the greatest witch hunt in the history of our Country. No president has ever gone through anything like it, and it continues because our opponents cannot forget the almost 75 million people, the highest number ever for a sitting president, who voted for us just a few short months ago."  "Our historic, patriotic and beautiful movement to Make America Great Again has only just begun. In the months ahead I have much to share with you, and I look forward to continuing our incredible journey together to achieve American greatness for all of our people. There has never been anything like it!" the statement continued. This was Trump’s second impeachment trial. In December 2019, House Democrats impeached President Trump on charges of abuse of power and obstruction of Congress, but the Republican-controlled Senate voted not to convict him. The post Donald Trump acquitted on charge of inciting US Capitol riot in 2nd impeachment trial appeared first on Linda Ikeji Blog.