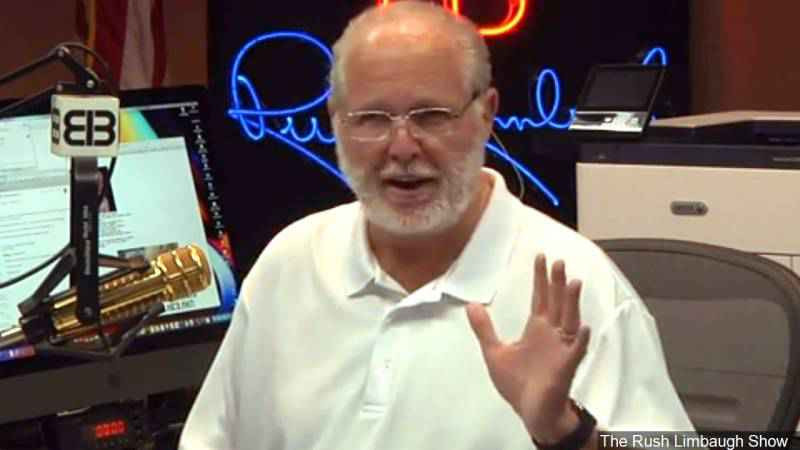 Rush Limbaugh, an American influential media icon who transformed talk radio and politics of both the Republican Party and nation in his decades behind the microphone, has died of lung cancer at the age of 70.  Limbaugh's wife Kathryn made the announcement on his radio show Wednesday February 17. "For over 32 years, Rush has cherished you, his loyal audience, and always looked forward to every single show. It is with profound sadness that I must share with you directly that our beloved Rush, my wonderful husband, passed away this morning due to complications from lung cancer." "As so many of you know, losing a loved one is terribly difficult, even more so when that loved one is larger than life." Former President George W. Bush called Limbaugh a "friend throughout" his two terms and praised the talk show host for his battle against hearing loss and cancer. "Rush Limbaugh was an indomitable spirit with a big heart, and he will be missed," he said in a statement. The radio icon announced in February 2020 that he had been diagnosed with advanced lung cancer. Days after the announcement, he was awarded the Presidential Medal of Freedom by then-President Trump at the State of the Union address days later.  Former first lady, Melania Trump then presented America’s highest civilian honor to Limbaugh in an emotional moment on the heels of his devastating cancer diagnosis. 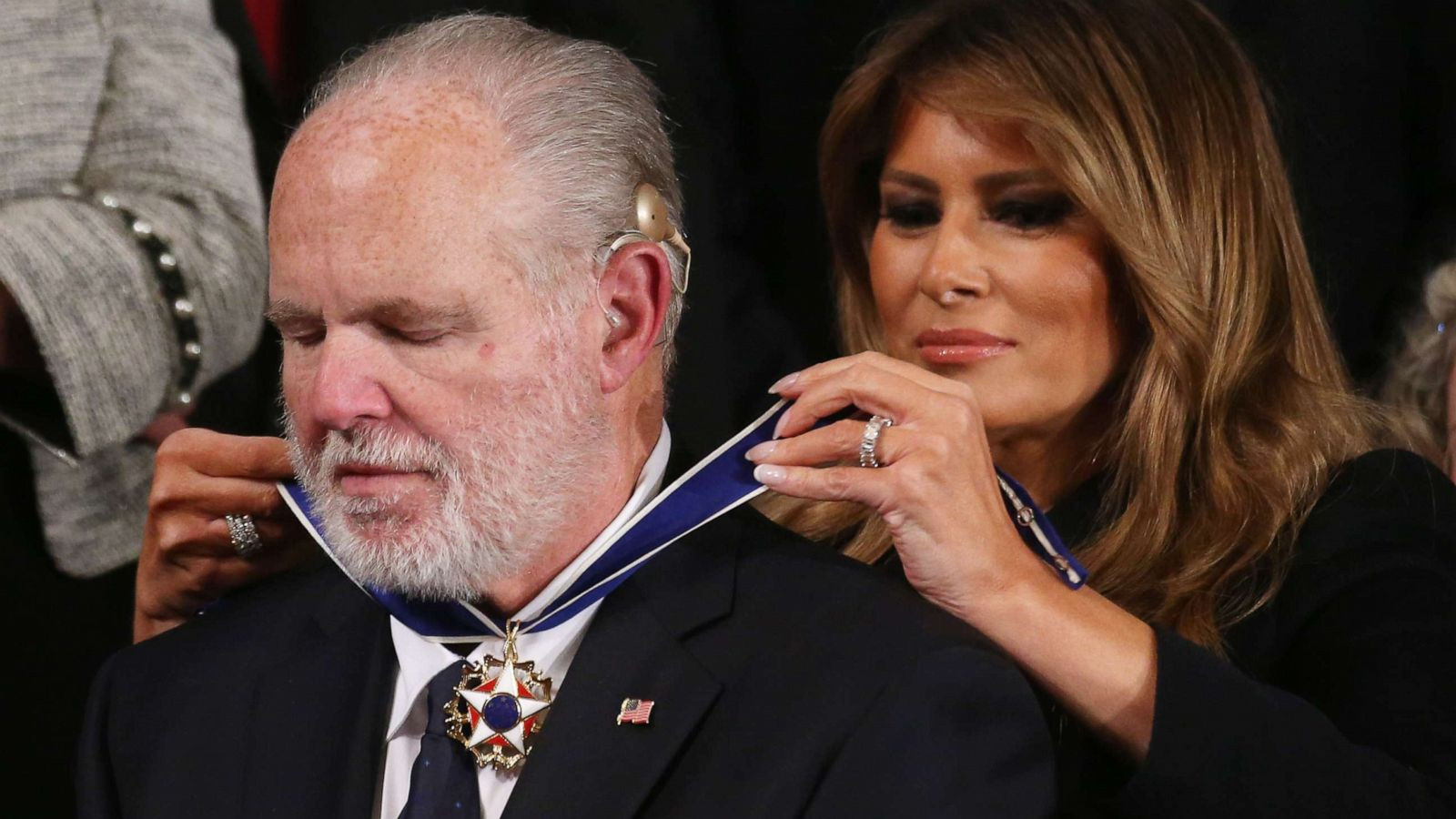 Limbaugh is considered one of the most influential media figures in American history and has played a consequential role in conservative politics since "The Rush Limbaugh Show" began in 1988.  The program that began 33 years ago on national syndication with only 56 radio stations grew to be the most listened-to radio show in the United States, airing on more than 600 stations, according to the show’s website Up to 27 million people tuned in on a weekly basis and Limbaugh referred to his passionate fan base as "Dittoheads," as they would often say "ditto" when agreeing with the iconic radio host. In his final radio broadcast of 2020, Limbaugh thanked his listeners and supporters, revealing at the time that he had outlived his prognosis. "I wasn't expected to be alive today," he said. "I wasn't expected to make it to October, and then to November, and then to December. And yet, here I am, and today, got some problems, but I'm feeling pretty good today." Limbaugh, born in Cape Girardeau, Mo., on Jan. 12, 1951, began his radio career in 1967 as a "helper" when he was only 16 years old. He eventually graduated to disk jockey and worked at a small station roughly 100 miles south of St. Louis while attending high school. Limbaugh was inducted in the Radio Hall of Fame and the National Association of Broadcasters Hall of Fame. He was a five-time winner of the National Association of Broadcasters Marconi Award for "Excellence in Syndicated and Network Broadcasting," a No. 1 New York Times bestselling author and was named one of Barbara Walters’ 10 Most Fascinating People in 2008 and one of TIME’s 100 Most Influential People in the World in 2009. Limbaugh is survived by his fourth wife, Kathryn Adams. The post Conservative talk radio pioneer, Rush Limbaugh dies of lung cancer at age 70 appeared first on Linda Ikeji Blog.