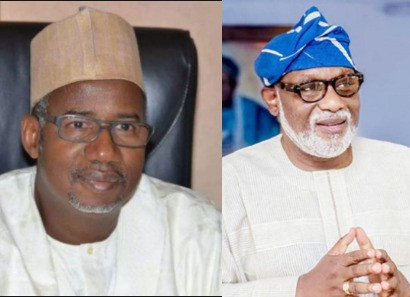 Ondo state governor, Rotimi Akeredolu, has said the Bauchi state governor, Bala Mohammed, is unfit to be in public office after he defended herdsmen who go about with AK47 rifles. On Thursday, February 11, Governor Mohammed at a function said that Fulani herdsmen carry AK47 rifles to protect themselves since the government isn't protecting them.“The governor that is most wrong is the governor of Benue State, my brother, and colleague Governor Samuel Ortom. If you don’t accommodate other tribes, we are also accommodating your tribes in Bauchi and other places.  We have so many Tiv people farming in Alkaleri, in Tafawa Balewa, farming in Bogoro LGAs; has anybody told them to go? We have not because it’s their own inalienable rights to be there.We have Yoruba people in Bauchi for over 150 years, even before the birth of Nigeria. Nobody has told them to go; some of them have risen to become permanent secretaries in Bauchi, Gombe and Borno.And now, the Fulani man is practicing the tradition of trans-human, pastoralism, he has been exposed to the dangers of the forests, the animals, and now, the cattle rustlers, who carry guns, kill him and take away his commonwealth, his cows, he had no option than to carry Ak-47 and defend himself because the society and the government are not protecting him.It is not his fault, it is the fault of the government and the people; you don’t criminalise all of them because in every tribe there are criminals. You should be very sensitive.” Mohammed said In a statement released by the Ondo state Commissioner of Information and Orientation, Donald Ojogo, Governor Rotimi described the governor's comment as careless and despicable. The statement in part reads“We read with dismay, the outburst in the purported statement by the Bauchi state governor. We are persuaded to believe he didn’t make that statement.If indeed he made that statement and owns up to its contents, it then means that the Bauchi state governor has declared on behalf of the federal government, an executive order which now allows all Nigerians, herdsmen inclusive, to carry prohibited firearms like assault rifles for self-defence.That is exactly what the governor has done and displayed by his conduct which brazenly depicts that whether other Nigerians like it or not, herdsmen must carry AK 47 for self-defence while other non-Fulani herdsmen must remain unarmed to be perpetual victims of arms wielding bandits.By that statement, the governor has in one breath, agreed that indeed Fulani herdsmen carry AK 47 and at the same time encouraging all to do likewise.The Bauchi governor has by his conduct and attitude, ushered us into the next level on the path to anarchy. He’s not fit for public office, persons of such impecunious disposition and character is not fit for public office.As long as Nigeria’s consideration remains unchanged, it is still unlawful for any unauthorised persons to carry prohibited arms. The statement is most despicable, highly recommended for the dust bin of careless talks.” The post Youre unfit for public office- Governor Akeredolu slams Bauchi governor, Mohammed Bala, for defending armed herdsmen appeared first on Linda Ikeji Blog.