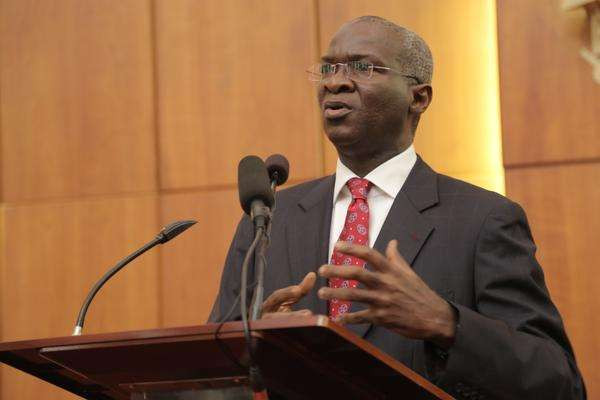 The minister of works and housing, Babatunde Fashola has said that the ongoing All Progressives Congress (APC) revalidation exercise will stop the appointment of dead people.  The Minister who revalidated his APC membership in Lagos on Friday February 12, described the exercise as a period for evangelism and expansion of the party database. He added that it will help in "sharing prosperity" among party members.  Fashola said;  “We are a large political family and it is always important to know how many we are, and also to increase the number. So, this registration exercise first brings about all family members in all wards and polling stations of the country together. “So, it means coming back together, but more importantly, it is also a period for evangelism, expansion of the party database.“You will see, in the past, we have had some unfortunate incidents where perhaps some people were appointed, only for us to find out that they are deceased. So, this is also an opportunity to clean up because there are opportunities also as a member of a party that forms a government.“And we need to know who is where; we also need to know what party members do. So, if I am a party member and want to host an event, I can look in my party’s database and see who does event planning, who does catering, and we share prosperity.”The post APC revalidation exercise will end appointment of dead people - Fashola appeared first on Linda Ikeji Blog.