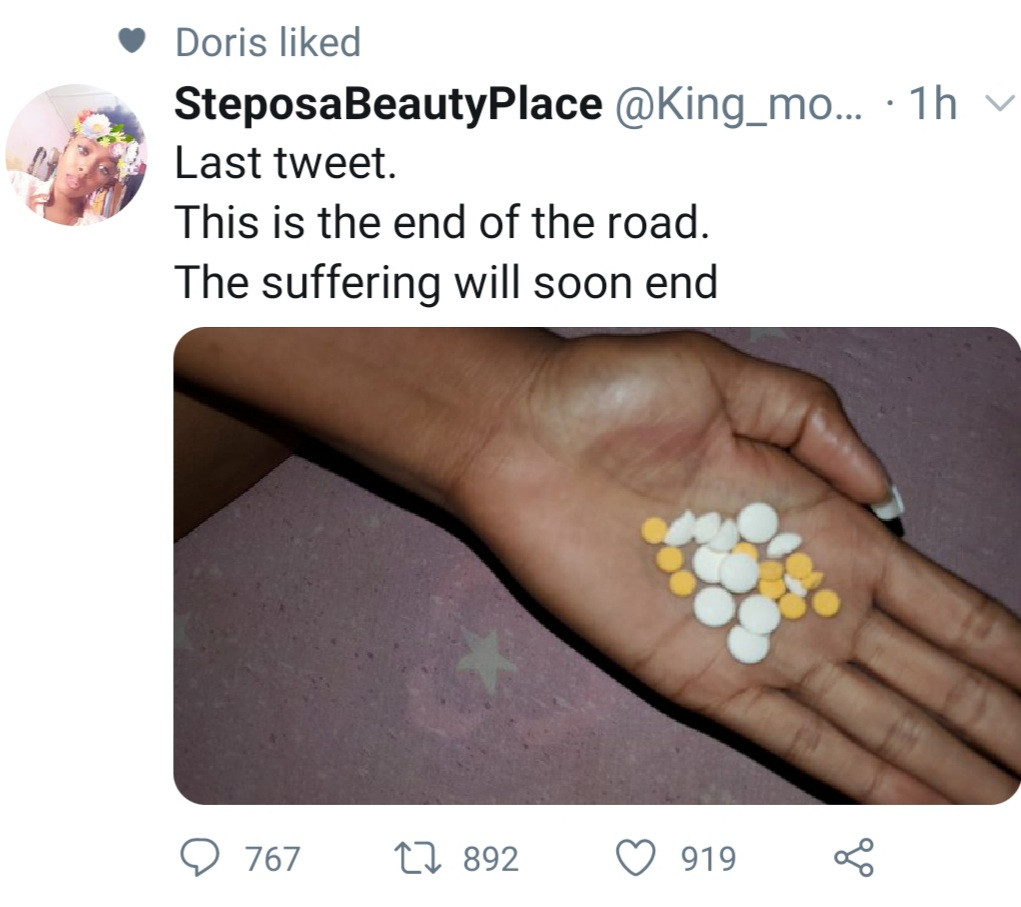 A woman took to Twitter to hint at committing suicide but Nigerians were not as sympathetic as they usually are. The woman shared a photo of herself with drugs in her hand and wrote: "Last tweet. This is the end of the road. The suffering will soon end."

Almost 17 hours prior, she had also shared a couple of tweets to tell her followers that she plans to end her life. She tweeted: "This is the end of the road for me. The world is better off without me. I tried my best to hold on and fight but I have no more fight left on me. I'm sorry but I just cant take it anymore more. Goodbye y'all. "This seems to be the best step to take. I'm going to sleep to my death. Dont worry about me I won't feel a thing." 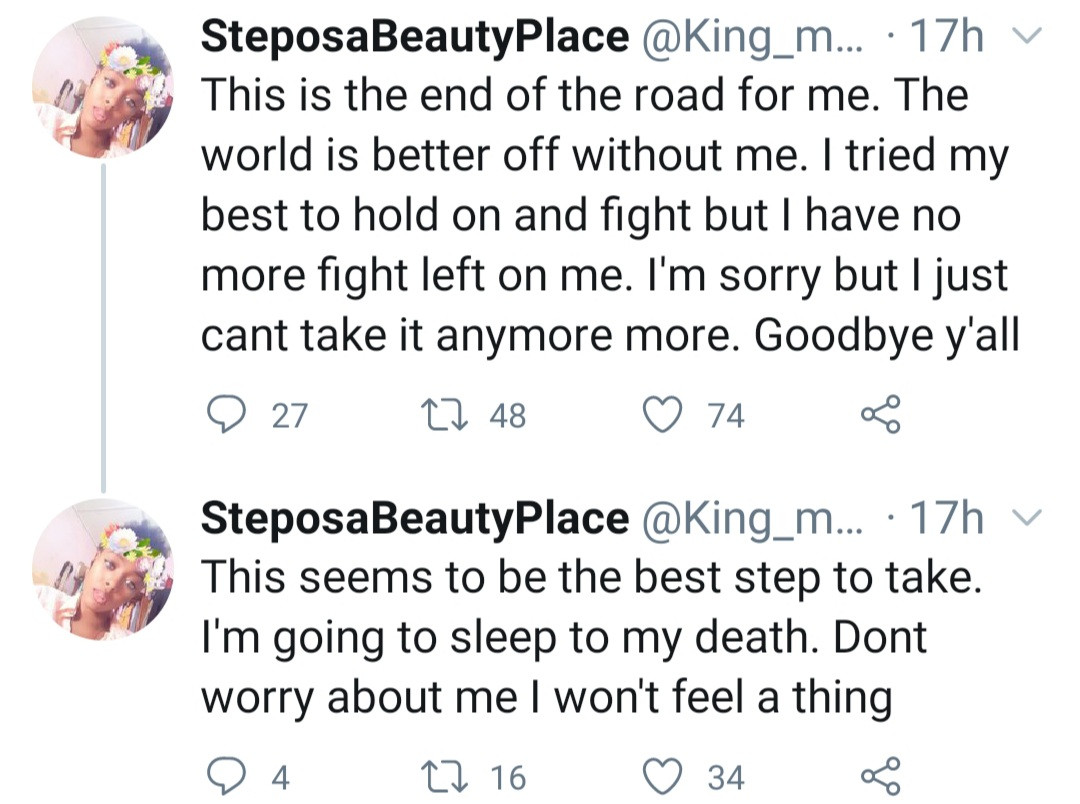 Apparently, her followers had had enough so after she shared her latest tweet hours after the first, they called her out and accused her of threatening suicide for clout. Only a handful of people expressed concern and said they've reached out to her. See some tweets below. 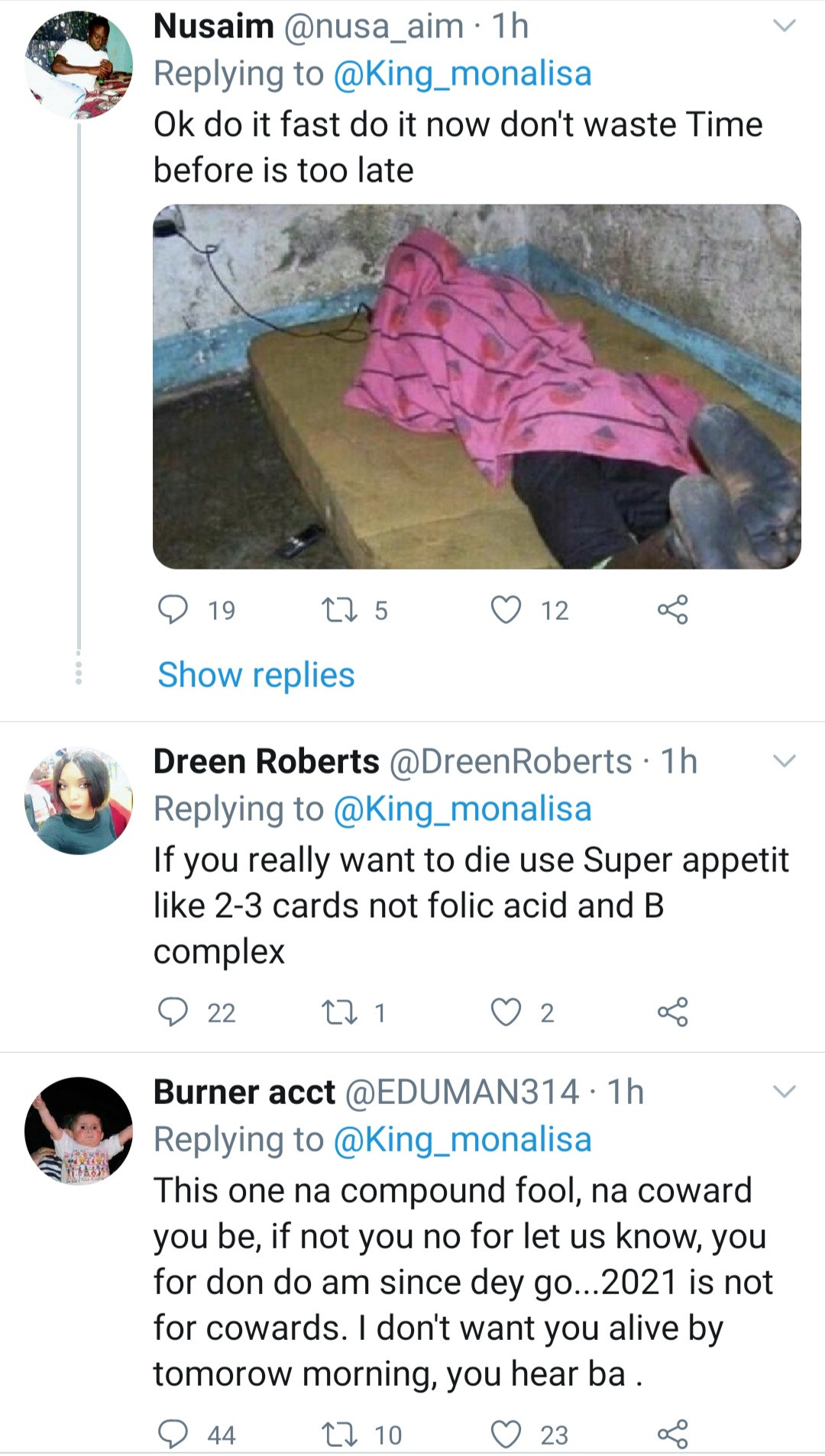 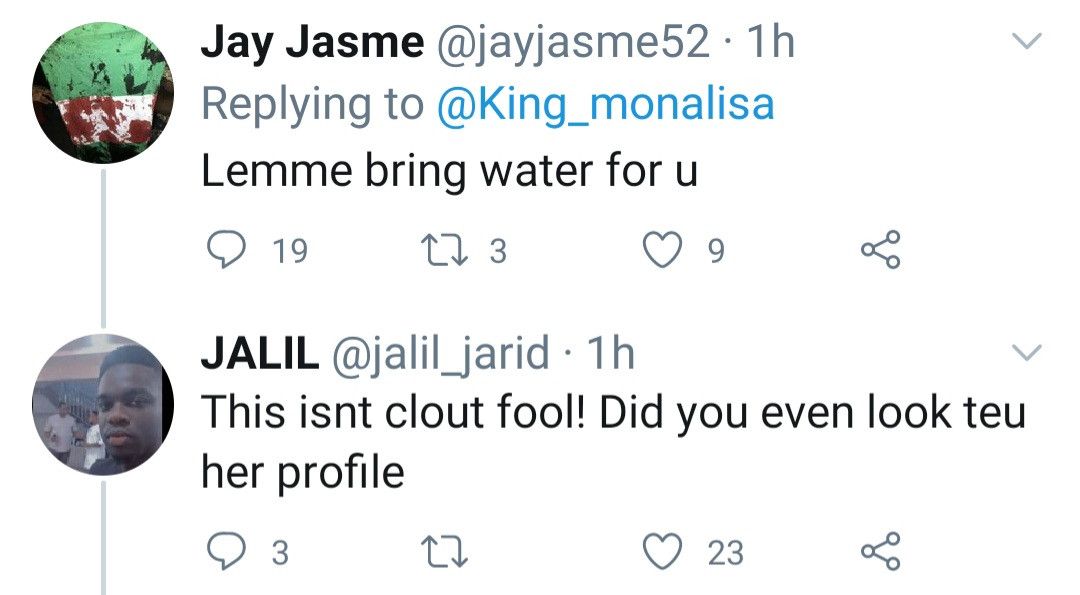 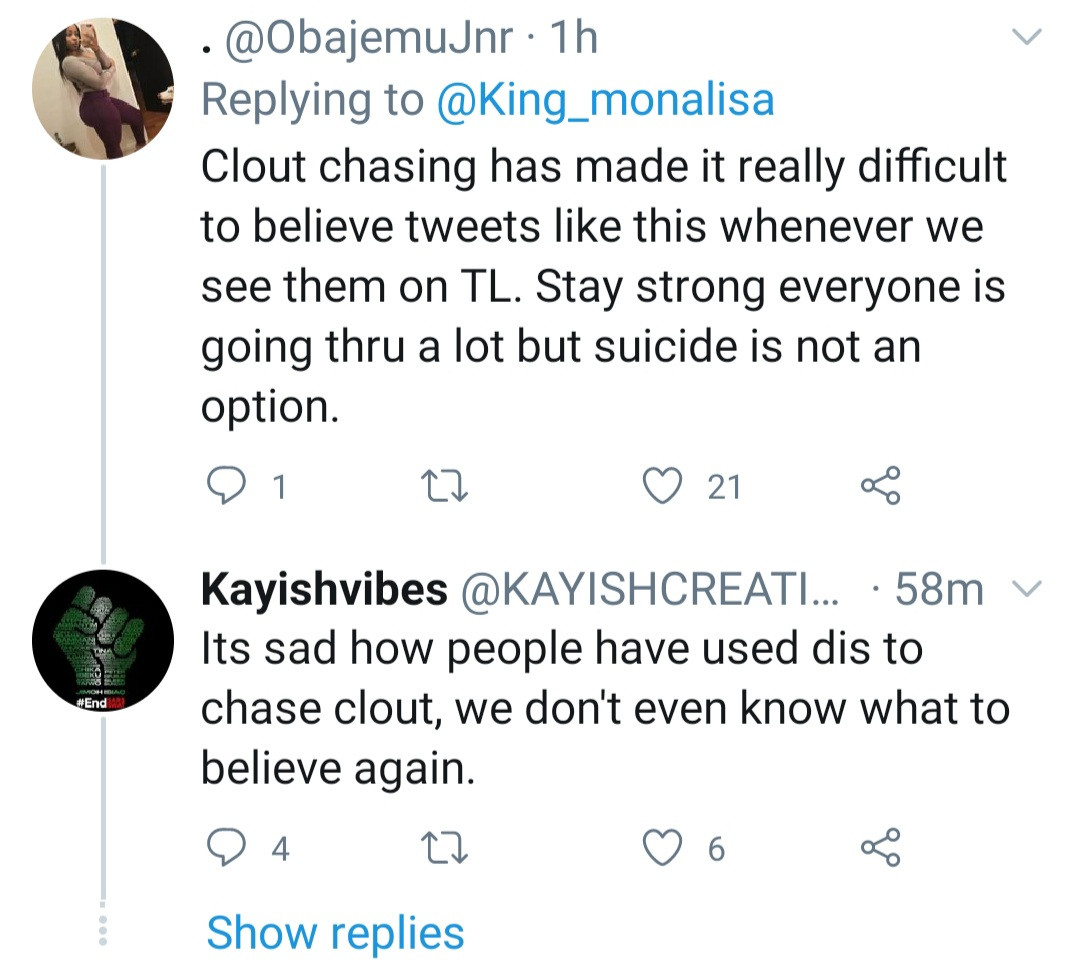 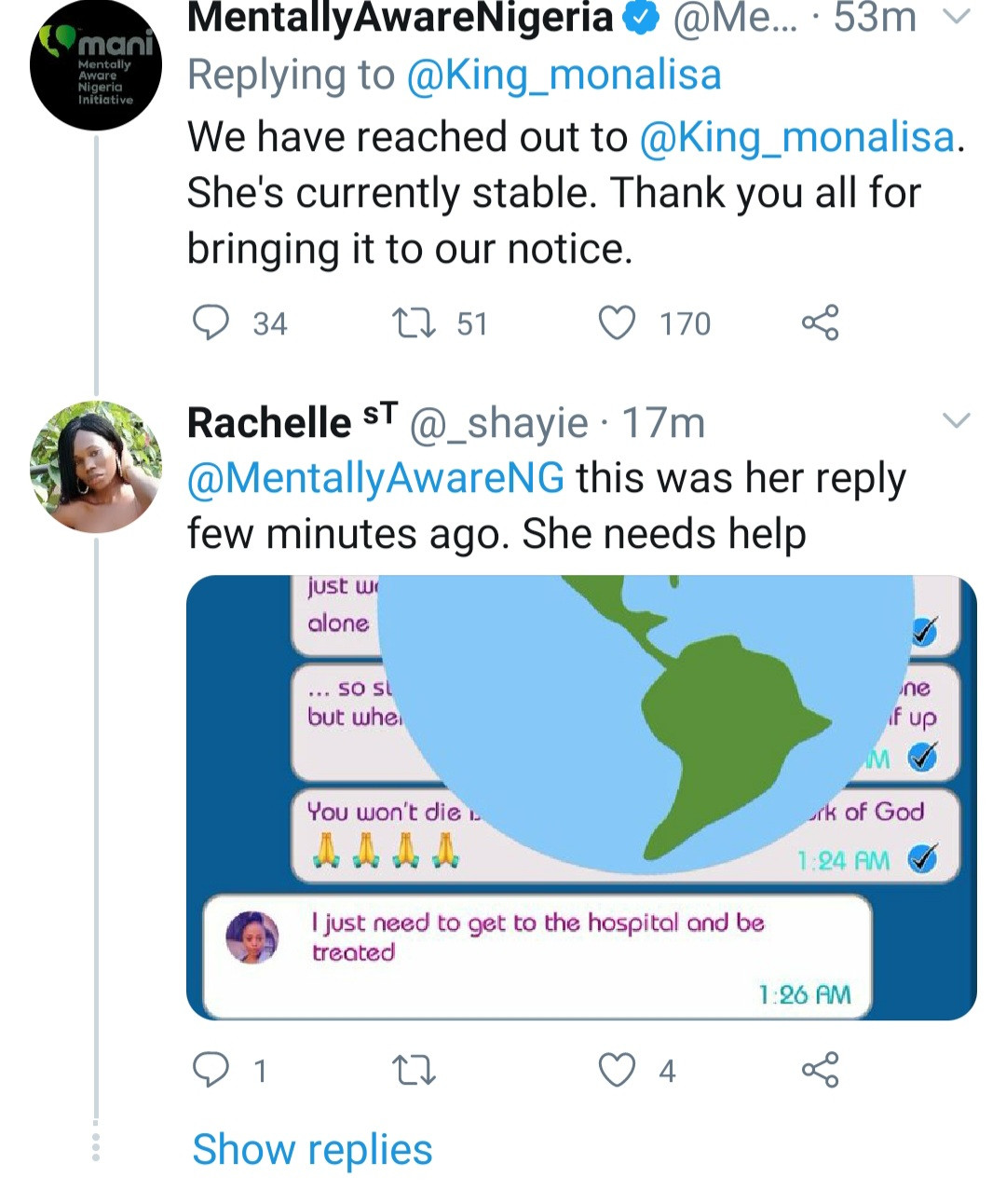