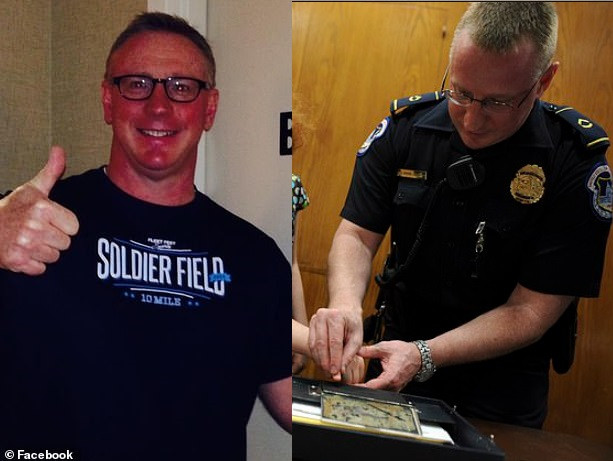 A veteran US Capitol Police officer has reportedly died by suicide days after responding to Wednesday's assault when Donald Trump's supporters stormed Congress to stop the certification of President-elect Joe Biden’s victory in the 2020 elections. Officer Howard Liebengood, 51, died while off-duty on Saturday, the USCP announced in a statement on Sunday. “He was assigned to the Senate Division, and has been with the Department since April 2005,” the statement read. “Our thoughts and prayers go out to his family, friends, and colleagues. “We ask that his family, and other USCP officers’ and their families’ privacy be respected during this profoundly difficult time.” Two sources told the Associated Press that Liebengood took his own life, but the USCP did not disclose a cause of death. Barry Pollack, a D.C.-based attorney representing Liebengood’s family, emailed a statement on Sunday afternoon.  “Mr. Liebengood’s family members wish to grieve privately as they mourn the sudden and heartbreaking loss of Howard Liebengood,” Pollack wrote. “He will be sorely missed.” Liebengood's father, Howard Liebengood Sr, served as the Senate sergeant-at-arms from 1981 until 1983. He is the second Capitol Police officer to die in the days after Trump supporters stormed the building in a bid to block the certification of Joe Biden's election victory.  The other officer, Brian Sicknick, died last Thursday after he was hit in the head with a fire extinguisher as rioters descended on the Capitol building, leaving many other officers injured. A woman from California was also shot to death by Capitol Police and three other people died after medical emergencies during the chaos. Federal prosecutors have launched a murder investigation into 42-year-old Sicknick's death. The post Veteran capitol cop 'commits suicide' days after fellow officer was killed by rioters during Congress siege appeared first on Linda Ikeji Blog.