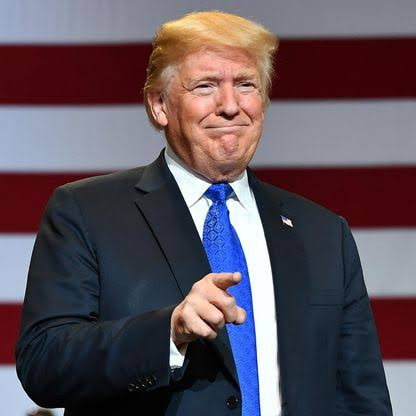 Twitter has suspended Donald Trump's account following the storming of The Capitol by his supporters. Trump shared a series of tweets and posted a video of himself Wednesday, Dec 6. One tweet read, "These are the things and events that happen when a sacred landslide election victory is so unceremoniously & viciously stripped away from great patriots who have been badly & unfairly treated for so long. Go home with love & in peace. Remember this day forever!" He also tweeted: "Mike Pence (US Vice President) didn't have the courage to do what should have been done to protect our country..." 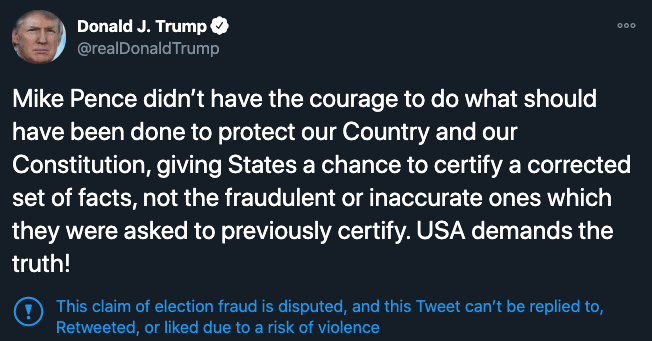 His attack on Pence comes after the latter said he cannot change the electoral vote. Twitter deleted both tweets along with several others shortly after Trump's message. The social media giant then announced Trump's account was suspended for at least 12 hours for repeated and severe violations of the company's Civic Integrity policy. 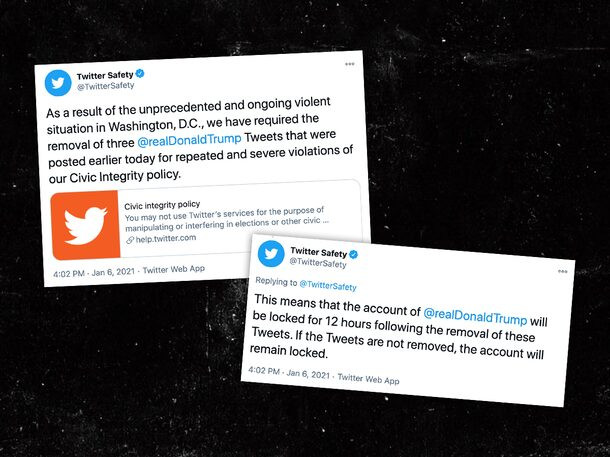 Twitter said Trump must permanently remove the deleted tweets after which he will then start a 12-hour suspension. If he does not remove them, his account will remain locked. Twitter also said if Trump violates the rules again, it will lead to a permanent suspension of his account. Facebook on the other hand, deleted Trump's posts and said he will not be able to post on Facebook or Instagram for the next 24 hours because his posts, on balance, contribute to “rather than diminishes the risk of ongoing violence,” Vice President of Integrity Guy Rosen said earlier Wednesday. Facebook and Twitter have been following each other’s leads throughout the day: Twitter took down Trump’s tweets after Facebook did, and Facebook temporarily locked the president’s account after Twitter took similar action.The post Twitter and Facebook suspend Donald Trump's accounts following the invasion of The Capitol by his supporters appeared first on Linda Ikeji Blog.