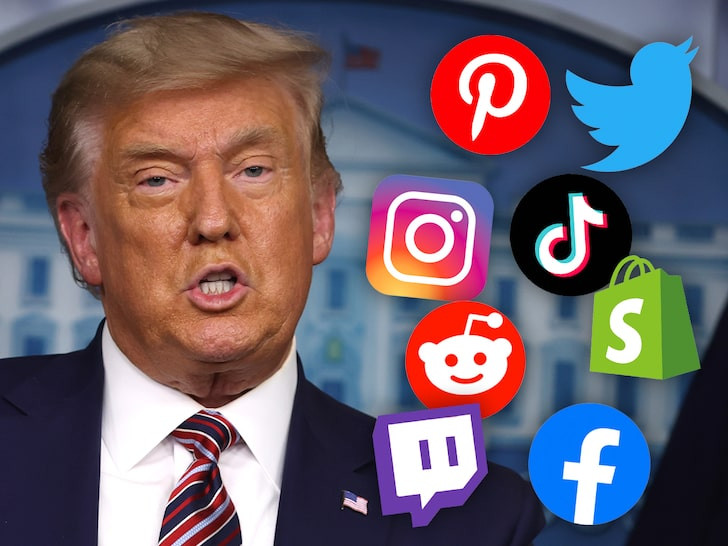 More social media platforms have taken steps to ensure that their pages are Trump-free, days after he was accused of inciting an insurrection at US Capitol.  Recall that Twitter and Facebook/Instagram had earlier banned him from using their platforms after the violent insurrection at the U.S. Capitol. More companies have taken steps to block/restrict Trump and/or Trump content. Some of these platforms include; Pinterest (for #StoptheSteal items), Shopify (for MAGA and other related merch), Twitch (no more Trump live streams), Snapchat (gone is Trump's account), Reddit (the r/The_Donald thread is dead) and even TikTok (which Trump was trying to ban himself).  At the moment, Parler (a social networking site/app that caters to the extreme right) is the only social media platform Donald Trump might have access to. TMZ reported that Google already nixed it entirely (meaning you can't download it anymore if you're an Android user), but Apple hasn't done so yet. On Friday January 8, they gave Parler a 24-hour deadline to provide stricter guidelines about regulating posts, but it is still available as of now. The post Trump and Trump related contents also banned on other social media platforms appeared first on Linda Ikeji Blog.