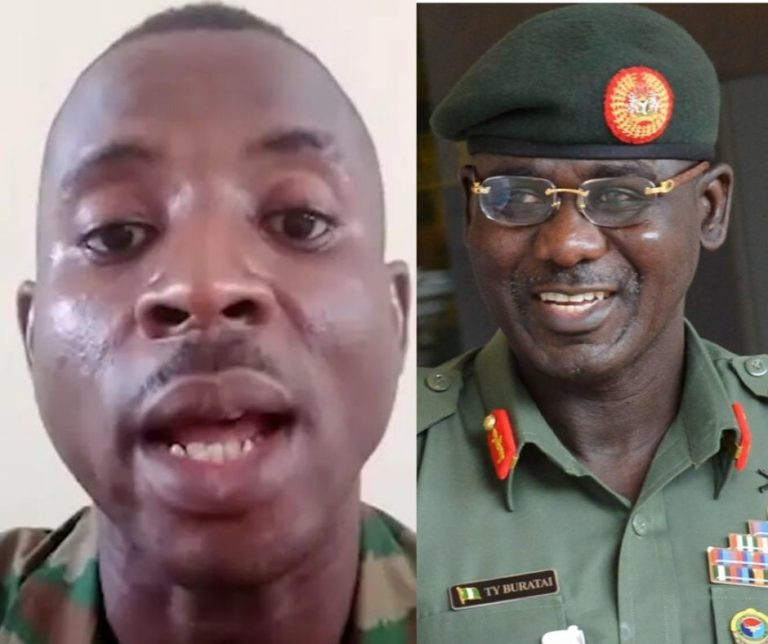 Martins Idakpini, the lance corporal who was arrested and detained for criticising chief of army staff Tukur Buratai, has been granted bail after 7 months in detention.  The soldier was arrested and detained in Abuja after a video which was made in June 2020 went viral. In the video, he accused Buratai of poorly managing the fight against insurgency. read here Idakpini's lawyer, Tope Akinyode said a court martial sitting in Sokoto ordered his release on bail.  Akinyode said in a statement issued on Thursday January 14.  Read below.. “Court martial grants bail to Lance Corporal Martins Idakpini. The court sitting in Sokoto made the order today after I argued the bail application. “Idakpini was arrested for criticising army authorities. He’s been detained for 7 months without access to his family.”  The post Soldier arrested for criticizing COAS Tukur Buratai has been granted bail after 7 months appeared first on Linda Ikeji Blog.