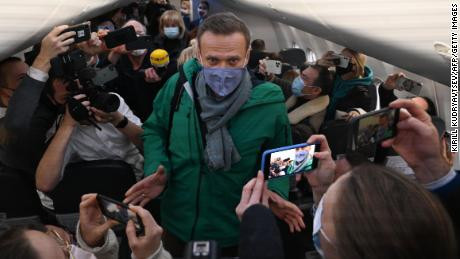 Russian opposition leader, Alexey Navalny, was arrested by police in Moscow on Sunday, January 17, moments after his return to the country five months after alleging the Russian government tried killing him by poisoning him with the lethal nerve agent Novichok. 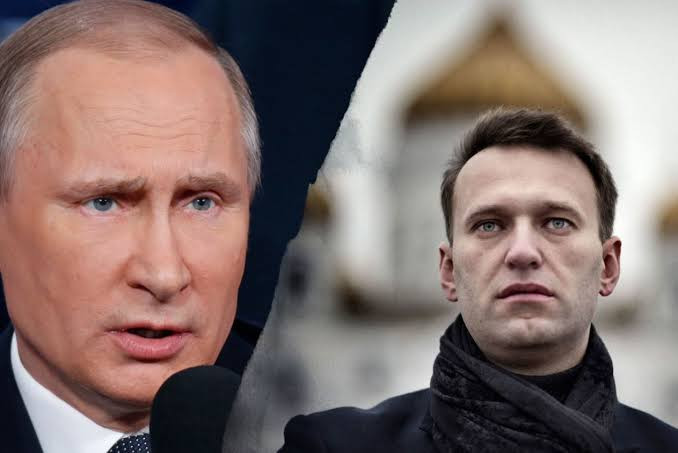 Navalny was taken away by police officers without explanation, his spokesperson Kira Yarmysh tweeted. His lawyer, who came in from Berlin, was not allowed to accompany the opposition leader, she said.Navalny has been a huge critic and public thorn in Russian President Vladimir Putin's side, with the international community concerned over his safety in the country. 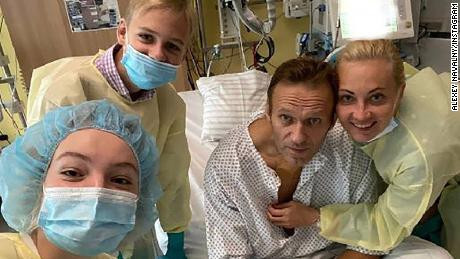 After his poisoning with military-grade Novichok in August, a joint investigation by CNN and the group Bellingcat implicated the Russian Security Service (FSB) in the poisoning, as the investigation showed  how an elite unit at the secret agency followed Navalny's team throughout a trip to Siberia, where Navalny was poisoned and fell ill on a flight to Moscow.The investigation also found that this unit, which included chemical weapons experts, had followed Navalny on more than 30 trips to and from Moscow since 2017. Russia completely denies involvement in Navalny's poisoning despite the fact that Russia is the only country that still products and posseses Novichok, a military grade nerve agent that paralyzes and ultimately kills a person that ingests it. Putin said in December that if Russian security services had wanted to kill Navalny, they "would have finished" the job.Navalny was placed on the country's federal wanted list last month for violating terms of probation related to an old fraud case, which Navalny claims is Putin's way of getting rid of him. A statement on Sunday from the Federal Penitentiary Service confirmed Navalny had been detained, and said he would remain in custody until a court hearing later this January, according to TASS.Live footage from Russian broadcaster TV Rain showed Navalny talking with dark-uniformed and masked officers at Moscow's Sheremetyevo airport, then kissing his wife Yulia before walking away with them. 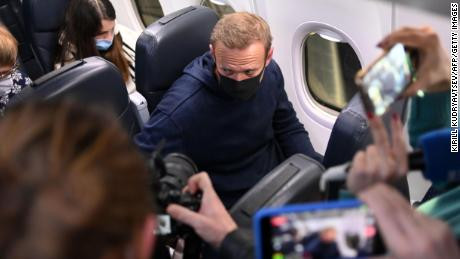 Navalny and his wife were returning from a five-month stay in Germany, where he had been recovering from the Novichok poisoning. They landed at Sheremetyevo just after 8 p.m. local time (12 p.m. ET). 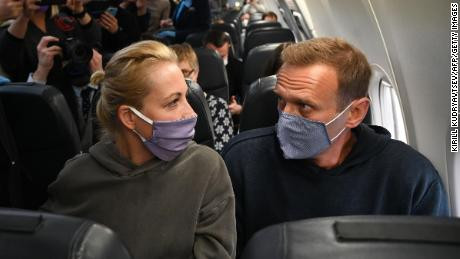 "This is the best day in the past five months," Navalny told journalists at the airport just before his arrest."Everyone is asking me if I'm scared. I am not afraid," he said. "I feel completely fine walking towards the border control. I know that I will leave and go home because I'm right and all the criminal cases against me are fabricated."Navalny had originally been scheduled to land at Vnukovo airport on Sunday, where a crowd of hundreds of supporters and journalists waited to greet him but at the last minute the flight diverted to Sheremetyevo without giving the passengers any explanation.Police were also shown on state TV  arresting supporters of Navalny at Vnukovo, who came out to celebrate Navalny's arrival even in temperatures of around -20 degrees Celsius (-4 degrees F). Before his flight on Russian carrier Pobeda took off from Berlin on Sunday, Navalny thanked the other passengers. "Thanks to you all, I hope we will get there fine," he said according to a live feed from TV Rain. "And I'm sure everything will be absolutely great." Several leaders in Europe have condemned  Navalny's detention."The detainment of Alexey Navalny upon arrival in Moscow is unacceptable. I call on Russian authorities to immediately release him," tweeted Charles Michel, President of the European Council.The Austrian Ministry of Affairs tweeted that it was "deeply concerned" about Navalny's detention, adding: "A vibrant civil society and political opposition are cornerstones of all democratic societies. Austria calls for his immediate release and a full & independent investigation into the attack on his life."Lithuanian President Gitnas Nauseda, described the arrest as "another evidence of Kremlin's efforts to systematically abuse human rights and democratic freedoms." Latvia's Prime Minister Krišjnis Kariš also called for his release, writing that "in a democratic society, political differences are settled in discussions, not by force or repression."His court hearing has been scheduled for January 29. If he is not convicted later in January, he will still face an investigation for a newer fraud case, in which he and his Anti-Corruption Foundation have been accused of misusing donations from supporters.The post Russian opposition leader Alexey Navalny immediately arrested on return to Moscow five months after being allegedly poisoned by the government appeared first on Linda Ikeji Blog.