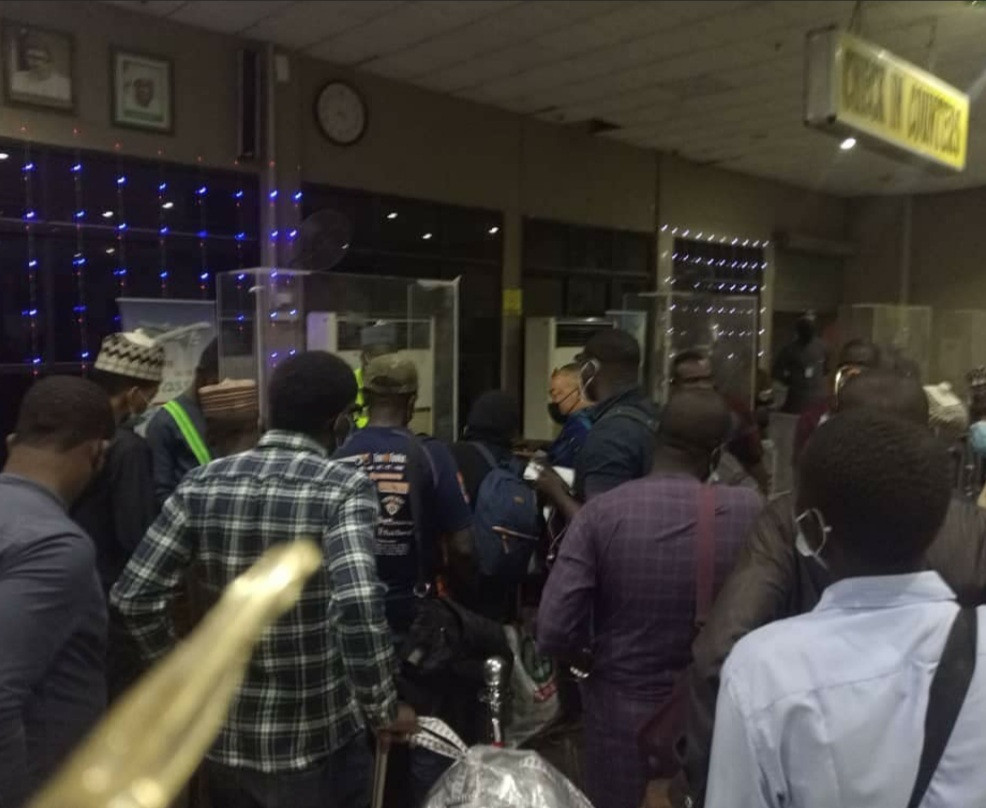 Frustrated passengers created a scene Friday evening, Jan 15, at the Malam Aminu Kano International Airport, Kano, after their flight was cancelled. The chaos started when passengers of an Azman flight from Kano to Lagos were informed that the flight, which was earlier rescheduled from 7:30am to 8:30pm, had been cancelled. Passengers protested and it soon turned violent, resulting in a female staff of the airline collapsing after being hit. A passenger was also left with a bloody mouth while another staff had his cloth nearly ripped off his body, Daily Trust reports. At the check in station, passengers of the airline for Kano-Abuja, who had earlier been checked in, also suffered similar fate as their flight was again rescheduled.The post Passengers and airline staff fight over flight cancellation appeared first on Linda Ikeji Blog.