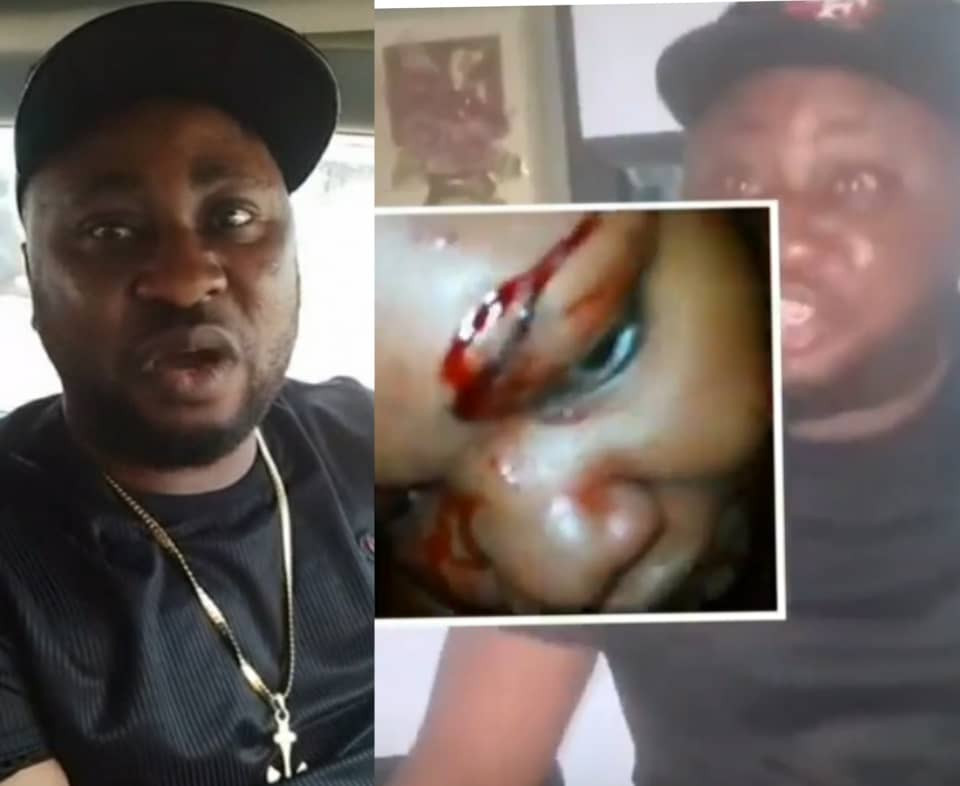 A Nigerian man has come out to publicly apologize to his wife after a video of her bloodstained face surfaced online. Sometime in December 2020, the video showing the bleeding face of the woman surfaced online. According to reports, the man beat his wife and inflicted an injury on her because one of their daughters peed on their bed. He got so angry he beat up his wife and left her with a deep cut. The incident happened at their home in Gowon Estate, Lagos state. Read here. Following the outrage that erupted after the video went viral, the man has come out to publicly apologize to his wife, his daughters, and the general public. According to him, he allowed his emotions to get the better part of him when they had an issue. He promised never to repeat such an act. He also appealed to his wife to return home. Watch the video of him apologizing below     View this post on Instagram           A post shared by Lindaikejiblog (@lindaikejiblogofficial)The post Nigerian man who went viral for beating his wife tenders a public apology (video) appeared first on Linda Ikeji Blog.