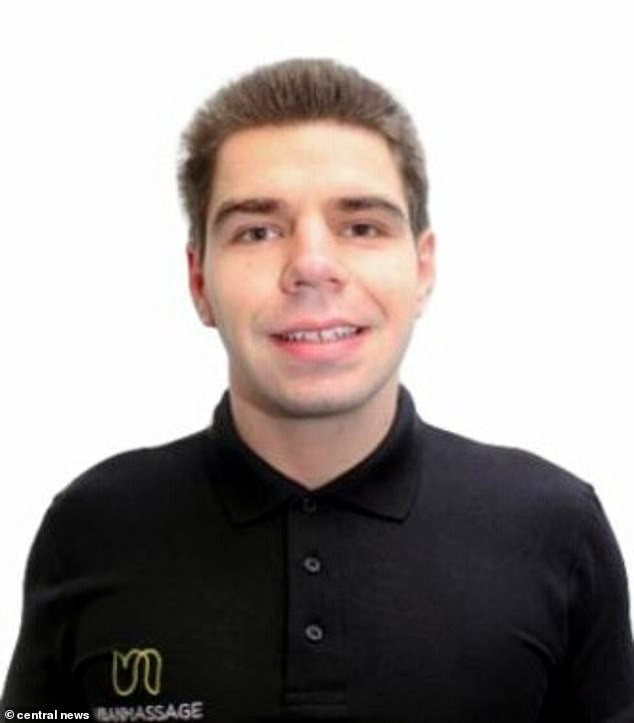 A masseur who raped a client while she wept during a 90-minute sex attack at her home after she ordered his services online has been found guilty. The masseur, Cosmin Tudorache, 33, repeatedly assaulted the woman after advertising his services on urbanmassage.com. According to Mail Online, the victim ordered his services online to treat herself to a massage after her roommate went out with friends for the evening on October 6, 2017. But the masseur, instead,  subjected her to a string of sex attacks when he arrived to do his job.Tudorache insisted his client consented to sex after she became 'horny' and reached out to grab his private parts. However, a jury at Inner London Crown Court convicted him of rape and two counts of assault by penetration.He was remanded in custody at HMP Thameside ahead of sentence on March 12.Giving evidence from behind a screen the victim told jurors she froze when Tudorache started to assault her and wept as she was raped.She said: 'I froze, which was a completely natural reaction. I couldn't bring my body and mind to do anything, all I did was cry.'I didn't say ''no stop'', I was just busy crying the whole time he only noticed that afterwards.'I was quietly crying, if he had paid attention to my crying when he started penetrating me and touching me.'When he tried to kiss me I moved away.'I'm not an expert in this, I don't engage in oral sex, I don't know that much about it. He put his hand on my underwear before I did anything.'I wanted him to touch me as a [masseur], I booked him to help with my muscles, not so that he could rape me.'For him to use me as anything else except a massage customer is completely unacceptable.'I'm not a touchy person, I don't like my boyfriend to touch me that much, why would I use someone else?'I thought he was a professional massager there to do a professional job, I didn't want to accuse him of anything.'I kept just trying to close my legs, my body language was very much like, stop.'Kate Blumgart, prosecuting said: 'She was upset, sobbing, she was panicked, she was a private person, she doesn't talk about personal stuff like this. 'Her friends said she kept saying with some dread: ''He knows where I live.'' 'In his police interview, Mr Tudorache did not have a look of any real anxiety or surprise about the fact that he just had sex with a client, which is a bit unprofessional. He didn't even ask police why he had to go to the police station.'Tudorache, of Dollis Avenue, Cricklewood, North-West London, denied but was found guilty of one count of rape and two counts of assault by penetration. He reportedly  hung his head and sobbed as the verdicts were announced.The post Masseur found guilty of raping his client in her own home after she ordered his services online appeared first on Linda Ikeji Blog.