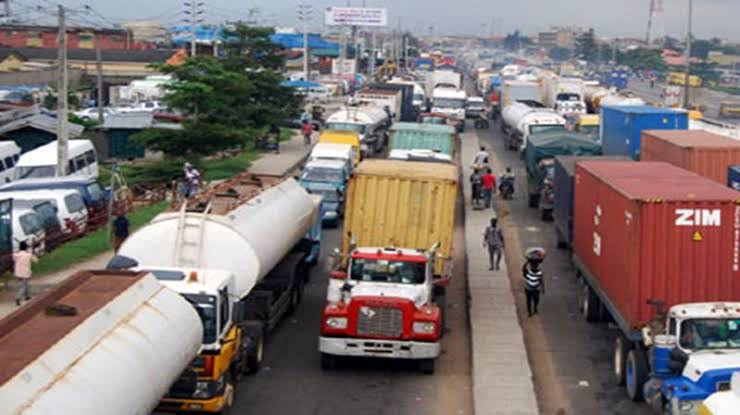 The Lagos State Government has banned trucks and trailers from plying roads in the state during day time. The state Commissioner for Transportation, Frederic Oladeinde, announced this when he met with various truck owners in the state in Ikeja on Wednesday, January 27. Oladeinde announced that trucks and trailers were now restricted to night operations on dedicated routes between the hours of 9pm to 6am daily in order to avert rising carnage’s on roads during daytime.  He said the move was necessary as the Apapa area of the state has been rendered less profitable for investors in all sectors due to the gridlock and activities of truck drivers along the axis, appealing further to Stakeholders to cooperate with the State Government to remedy the situation. Also speaking at the meeting, the Special Adviser to the state Governor on Transportation, Oluwatoyin Fayinka, declared that none compliance from truck drivers would be met with stiff penalties on defaulters. He advised the truck owners to utilize the grace period to get their act together and conform with the directives issued out. Fayinka further advised operators to secure parks outside Apapa to curb the gridlock and work hand in hand with the State Vehicle Inspection Services, (VIS) and the Federal Road Safety Corps (FRSC) by ensuring their vehicles are Road Worthy with the warning that rickety vehicles will be impounded. In the trucks restricted routes analysis, Director, Transport Operations, Engr. Abdulhafis Toriola, clarified the routes to be followed and vehicle specifications. According to him, any vehicle above 6ft with three sets of number plates is considered a Trailer and an Articulated Vehicle, explaining that Ikorodu road, Maryland, Costain and Funsho Williams avenue will be restricted. Responding to the new directive, the union representatives of Council Of Maritime Transport Union and Association (COMTUA), National Association of Road Transport Owners (NARTO), Association of Maritime Transport Owners (AMATO), Allied Truck Transporter Association of Nigeria (ATTAN) and National Union of Road Transport Workers (NURTW) appealed to the State Government to support them with necessary infrastructure and further review the directive, especially with respect to restriction to night time. The post Lagos state govt bans trucks and trailers from plying roads in the state during the day appeared first on Linda Ikeji Blog.