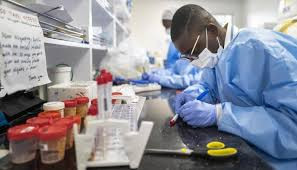 Authorities of the Lagos State University College of Medicine (LASUCOM) has shut down its campus after some students and staff tested positive for COVID-19. According to a statement released by the student union of the institution, the provost of the college has ordered everyone to vacate the campus today Friday, January 15 for two weeks. The statement in part reads “Owing to the present reality of the Covid19 we are faced with and after an evidence-based investigation that some students and College staff have been confirmed positive of the coronavirus, The Provost has mandated that EVERY student should evacuate the hostel and isolate themselves at home for the next 2weeks effective from Friday 15th January. This was a decision made at an emergency academic board meeting.The Provost advised that any student with likely/ classical symptoms of the virus should fill a form which shall be sent across board in the shortest time possible and the concerned individuals shall be called upon for testing tomorrow whilst they await the results of their test at home.The Provost also reiterated that the college isolation bay shall be set up within this 2 weeks of isolation and complete evacuation of students from the college arena.We strongly encourage everyone to STRICTLY adhere to the Covid19 guidelines as stated by the Nigeria Centre for Disease Control in a bid to help mitigate the spread and impact of the deadly virus within and beyond the college arena.”the statement read Lagos state has 37, 852 confirmed cases of the virus and has remained the epicenter of the pandemic in Nigeria since the first case was discovered in the state in February 2020. The post Lagos college of medicine shuts down as staff and students contract COVID19 appeared first on Linda Ikeji Blog.