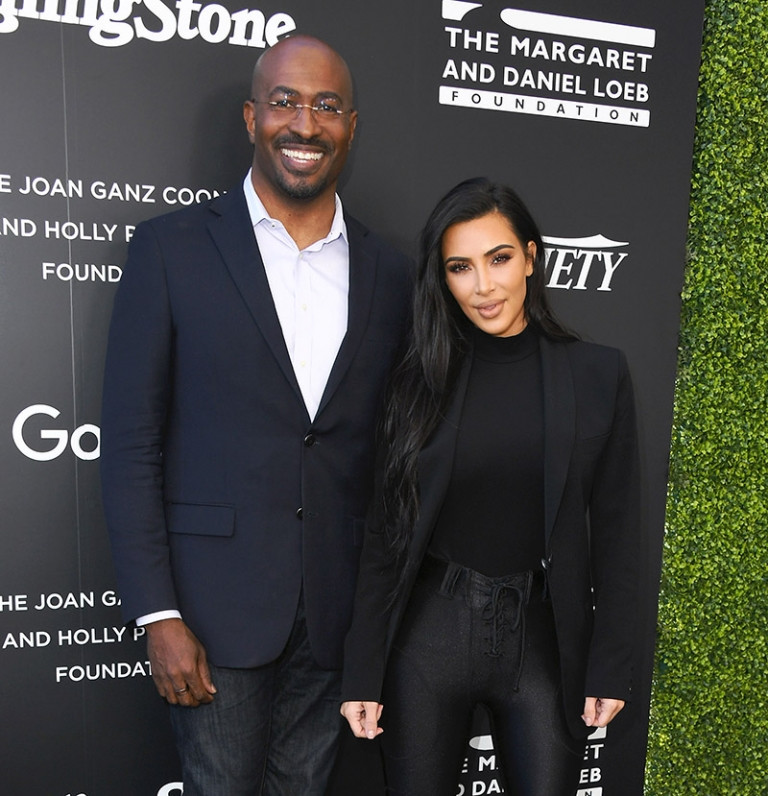 As news of Kanye West and Kim Kardashian's impending divorce broke on social media, rumors began spreading that Kim is already seeing CNN reporter Van Jones. According to multiple sources, Kim and Van have been discretely seeing each other for over a year now. Van met Kim at the White House when she asked President Donald Trump to pardon Alice Johnson in 2018. Van reportedly gushed about Kim to his CNN colleagues and to Andy Cohen during an appearance on "Watch What Happens Live" in 2019. He said Kim will make a great lawyer because she is "incredibly persuasive and persistent." Kim, 40, began studying law and working as an intern at a law firm in California shortly after meeting Van. Van also told friends that he keeps in touch with Kim "a couple of times a week." The reports claim they both have a lot in common as Kim likes Black men and Van prefers Caucasian women. Meanwhile, the paparazzi have already taken up their positions outside Van's residence. Van, 52, separated from his wife of 14 years, Jana Carter, in 2019. Van, who was former President Barack Obama's Special Advisor for Green Jobs in 2009, was able to see Kim easily after Kanye checked out of their marriage last year and moved to a sprawling ranch in Wyoming.The post Kim Kardashian rumoured to be dating CNN reporter Van Jones amid her impending divorce appeared first on Linda Ikeji Blog.