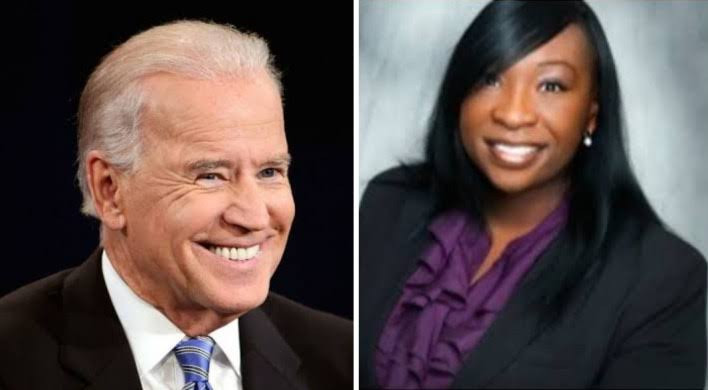 United States President-elect Joe Biden has appointed Nigerian-born Funmi Olorunnipa Badejo into his cabinet.Biden had announced the appointment of Badejo, a lawyer and an alumna of Berkeley Law College in the US, when he named additional 20 members of the office of the White House counsel.The office of White House counsel advises the president, the executive office of the president, and the White House staff on legal issues pertaining to the president and the White House.Funmi is the daughter of Prof Zachaeus Olorunnipa from Igbo-Bunu, Kabba-Bunu LGA of Kogi State.Funmi’s elder brother, Tolu Olorunnipa is currently the White House Correspondent for Washington Post.Badejo served as ethics counsel in the same office toward the end of the Obama administration.According to a statement on the Biden-Harris transition website, Badejo was general counsel of the house select subcommittee on the coronavirus crisis which was chaired by James Clyburn, house majority whip.“Her prior government service includes serving as Counsel for policy to the Assistant Attorney-General in the Civil Division of the U.S. Department of Justice, Ethics Counsel at the White House Counsel’s Office and Attorney Advisor at the Administrative Conference of the United States during the Obama-Biden administration,” the statement read. “Olorunnipa Badejo began her legal career as an associate with the law firm of Manatt, Phelps & Phillips, LLP and was Legal Counsel at Palantir Technologies Inc. She is a graduate of the University of California, Berkeley, School of Law, Harvard University’s John F. Kennedy School of Government, and the University of Florida. Originally from Florida, Olorunnipa Badejo lives in Washington D.C. with her husband and son.” Biden will be sworn in on January 20 as the 46th US president.Three persons of Nigerian origin have so far been appointed by Biden.In December, Osaremen Okolo, a Nigerian-American, was earlier appointed a member of Biden’s COVID-19 response team.This was after Nigerian-born Adewale Adeyemo was announced as deputy secretary of the treasury department.The post Joe Biden appoints Nigerian Funmi Badejo into his cabinet as White House counsel appeared first on Linda Ikeji Blog.