Insurrection: Capitol Police officer dies after being hit in head with fire extinguisher during DC riots 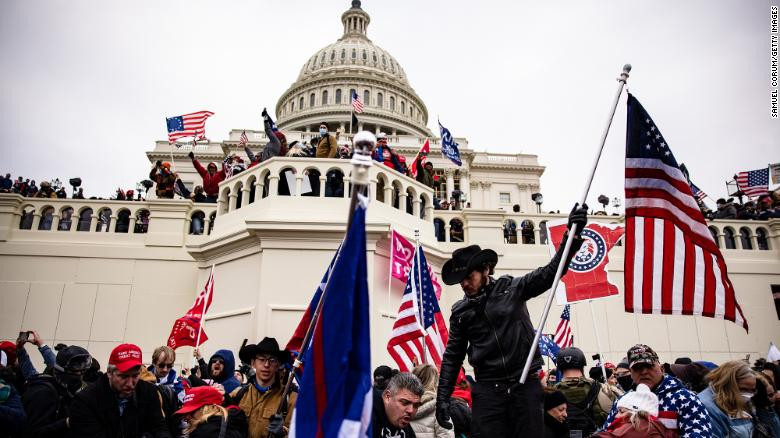 Brian D. Sicknick said to be a US Capitol Police officer, has died from injuries he sustained after reportedly being struck in the head with a fire extinguisher during Wednesday’s riot in the US Capital. The USCP confirmed the death of Officer Brian Sicknick on Thursday January 7, after he succumbed to injuries. After physically engaging with protesters, the statement said he returned to his division office and collapsed, and was taken to the hospital. It read; “The entire USCP Department expresses its deepest sympathies to Officer Sicknick’s family and friends on their loss, and mourns the loss of a friend and colleague." It was further learnt that Sicknick joined the Capitol Police in July 2008.  Four other people were fatally injured in the mayhem in Washington, D.C., where Pro-Trump supporters easily overtook police to gain entry into the Capitol building. New York Post reported that over 50 officers with Capitol Police and the Metropolitan Police Department were injured during Wednesday January 6 riot in DC.  The four other people who died in the insurrection have been identified as Ashli Babbitt, an Air Force vet, Kevin Greeson, 55, of Alabama, 50-year-old Benjamin Phillips of Pennsylvania, and 34-year-old Georgia resident Rosanne Boyland.The post Insurrection: Capitol Police officer dies after being hit in head with fire extinguisher during DC riots appeared first on Linda Ikeji Blog.