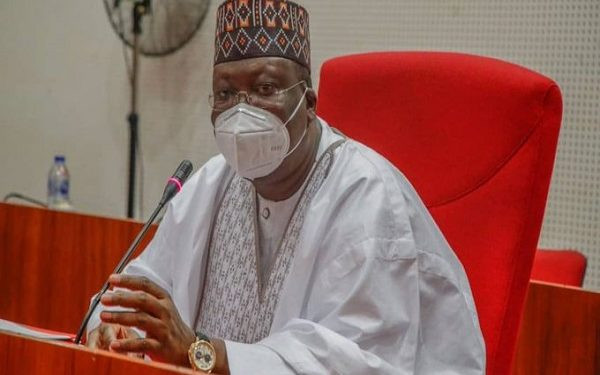 Senate President, Ahmad Lawan, says the spate of insecurity across the nation is gradually being reversed and that the armed forces are doing better than they were before. The Senate President said this when he received a delegation from Adamawa state who paid him a visit in appreciation to the National Assembly for converting the Modibbo Adama University, Yola, into a conventional University that can run medical programmes alongside social and management sciences. “Those of us in position of leadership today are probably more challenged than any set of leaders. We need to pray, but we also need to act, work hard and apply ourselves fully and work committedly to ensure that we serve Nigerians.Nothing is impossible, this situation of insecurity gradually is being reversed. I am particularly happy with recent developments by our armed forces. They are doing better than they were doing before.I’m sure that the economy will also start to improve, and we will get out of recession that we entered last month.“With the implementation of the capital budget 2020 up till the end of March, and of course, the start of the implementation of the 2021 budget, the economy will receive a boost” the Senate President saidThe post Insecurity is being reversed and the armed forces doing better Senate President, Ahmad Lawan says appeared first on Linda Ikeji Blog.