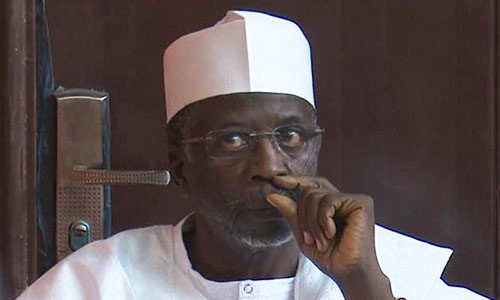 A former Governor of Sokoto State, Attahiru Dalhatu Bafarawa, has asked President Buhari to divert the N400bn budgeted for the procurement of COVID-19 vaccines to tackle the worsening insecurity in the country. According to the Bafarawa, Insecurity is affecting the country more than the COVID19 pandemic. Bafarawa shared this thought in a statement released on Wednesday, January 20. He said the Federal government should show more concern for insecurity than the pandemic that has 'taken barely 2000 lives.' "The government appears to have abandoned the situation and channelled all its effort to a pandemic that has taken barely 2000 lives in the country.When I see that things are not going well, I cannot keep quiet. If I keep quiet, other parts of the country would accuse us of promoting what is bad. The reality is that we in the North are not happy with the way things are going.I see Nigeria as one country; it is not a question of whether the president is a northerner. We are not saying this based on our interest. We are saying this on behalf of the people who do not have the opportunity to say it. I believe most Nigerians have the same feeling. In my village, about 14 people were killed just two days ago; security has not improved. About 2000 people died last year from Coronavirus, come to think of how many lives were killed within a year, 3000 to 400,000 people died from insecurity. Now we are talking about 400 billion, and just about 2,000 people have died. Why can't we divert this money for security? Insecurity is Nigeria's Coronavirus because we don't have much COVID-19 in Nigeria.Coronavirus has taken lives less than insecurity. Insecurity has taken lives and property. Look at the danger the insecurity is bringing, if we use that 400 billion to buy security equipment, it will do a lot in curbing insecurity.'' he stated The former governor also asked the Presidential Task Force (PTF) on COVID19 to account for the N3.5bn spent so far by the taskforce. He said what the government needs to do at the moment is to sensitize the public about the viral disease before spending such a huge amount on vaccine procurement. According to him 60 percent of Nigerians don't even believe the virus is real."Instead of asking for N400bn now, let us sensitize our people. How do you expect to spend N400bn to bring the drugs when people are not convinced to take the drugs? Supposing people refuse to take the vaccines, the N400bn becomes a waste. So, we have to sensitize people to agree that this Coronavirus is real and the vaccines are real, let them be convinced. Remember what happened with the vaccine polio."he stated The post Insecurity deserves more attention than COVID19 - Former governor, Attahiru Bafarawa tells President Buhari appeared first on Linda Ikeji Blog.