Insecurity: Bandits, kidnappers, Cultists and others are the enemies, not Hausa-Fulanis - Gov Seyi Makinde 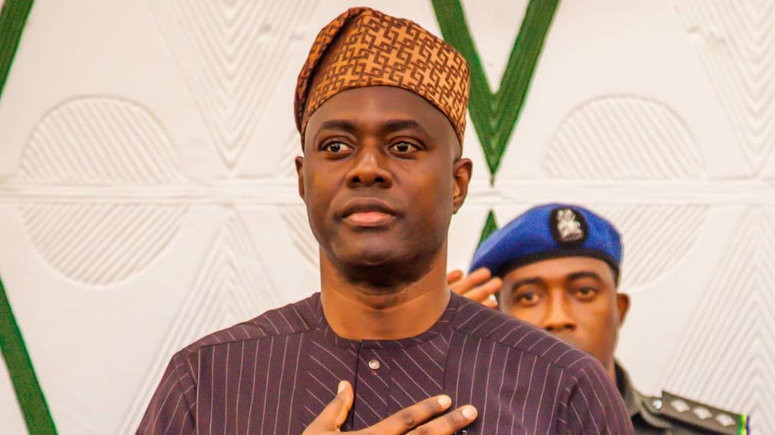 As Oyo state grapples with incidents of kidnapping and banditry, the Oyo state government has dismissed claims that the Hausa-Fulani herdsmen are the brain behind the attacks. In a state broadcast on Wednesday, January 20, the state governor, Seyi Makinde, said the real enemy of the state are bandits, Kidnappers, Cultists, and other assailants and not the Hausa-Fulani herdsmen who are lawful residents of the state. In his broadcast, the governor warned against actions by some residents of the state who have given an ultimatum to some residents of the state to vacate their communities. He said this is unconstitutional and will not be tolerated. Part of his speech reads;''We cannot overlook the fact that there have indeed been instances that cause concern. The fragile peace between the herdsmen and farmers in Oke Ogun is being threatened.Individuals who are not authorised are going around chasing people from their homes and causing mayhem. This assault on residents of Oyo state is not the way to further the Yoruba cause.Let me state that we shall not sit back and watch anyone make any law-abiding resident of Oyo state feel unsafe in their homes, farms, or business places. We are aware of some people circulating flyers and giving people ultimatums to leave their land. This is totally unacceptable and will not be condoned.The Constitution of the Federal Republic of Nigeria 1999 (as amended), which I swore to defend and protect, guarantees freedom of movement in Section 41(1), such that citizens are free to reside in any part of the country without fear. We are determined to preserve that right in Oyo state.I must reiterate that we will not hesitate to take appropriate action against any individual who tries to disrupt the peace in Oyo state. Our administration is taking all necessary steps to protect the good people of Oyo state from harassment, thuggery and banditry. We believe we have the situation under control.It is time for us to come together and put the interests of our state first. We have a common enemy. That enemy is not the Hausa-Fulani who is looking for pasture for his flock. It is not the farmer who just wants to grow food to sell in the market or to feed his family. Our enemies are the hoodlums, cultists, armed robbers, kidnappers and bandits. These people live among us.”he saidThe post Insecurity: Bandits, kidnappers, Cultists and others are the enemies, not Hausa-Fulanis - Gov Seyi Makinde appeared first on Linda Ikeji Blog.