FourÂ police officers were killed in battle with bandits in Kaduna state, one is missing â€” Nigeria Police Force 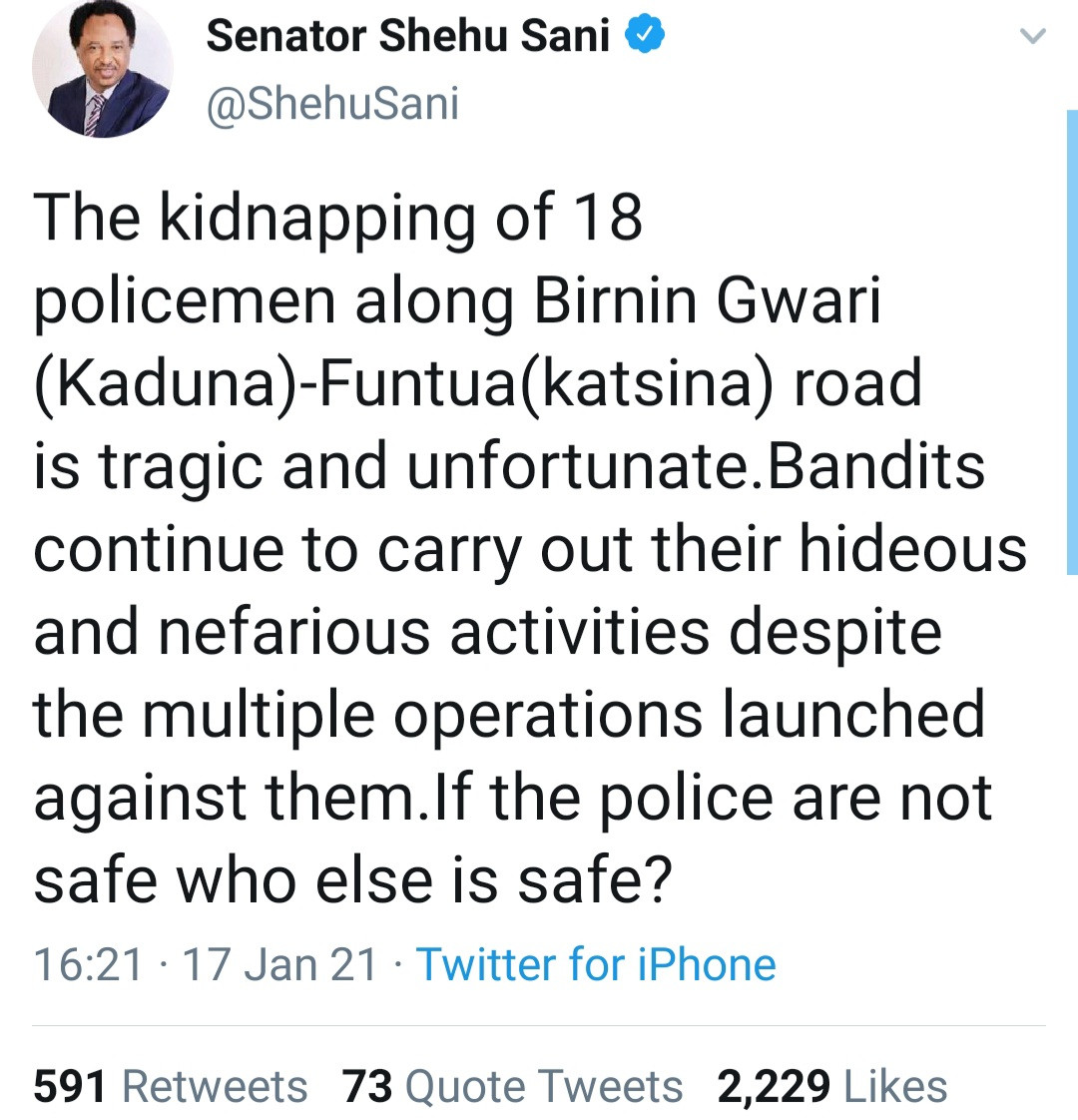 The police has reacted following reports that eighteen police officers were kidnapped by criminals along the Birnin Gwari - Funtua Highway on Friday, January 15. Via its official Twitter account, the force said only sixteen officers were attacked in the ambush which was successfully repelled. The police added that four officers were killed during the exchange of gunfire and one officer is missing. The statement from the police reads: "Contrary to unconfirmed reports in some sections of the media stating that eighteen (18) officers were kidnapped, only sixteen (16) officers were attacked in the ambush. The officers successfully repelled the attack accordingly and neutralized the bandits in their tens. "While many of the bandits scampered into the bush with gunshot injuries. Regrettably, four (4) of the Officers paid the supreme price during the exchange of gun fire between the Police and the bandits while an officer is still missing." 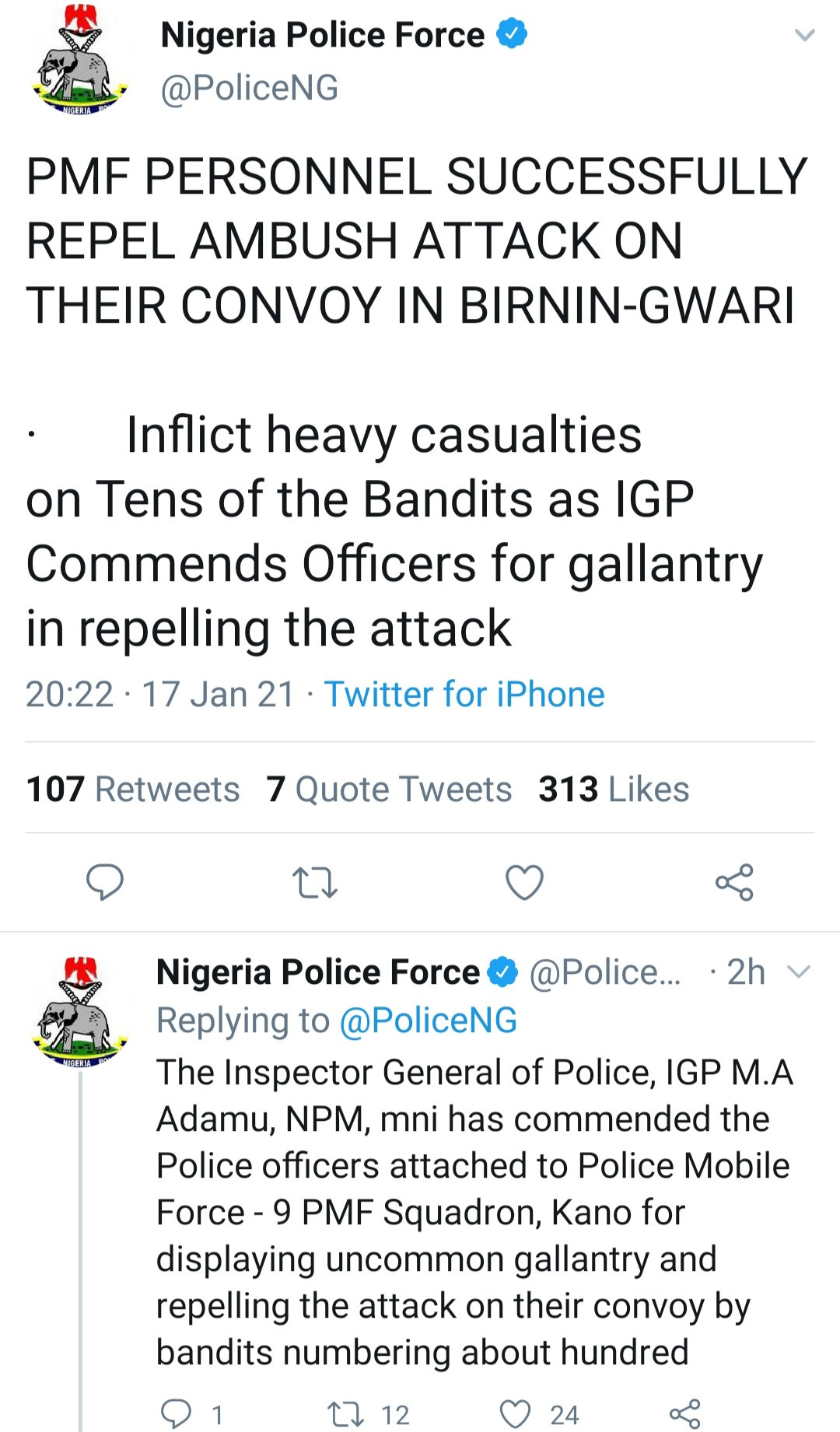 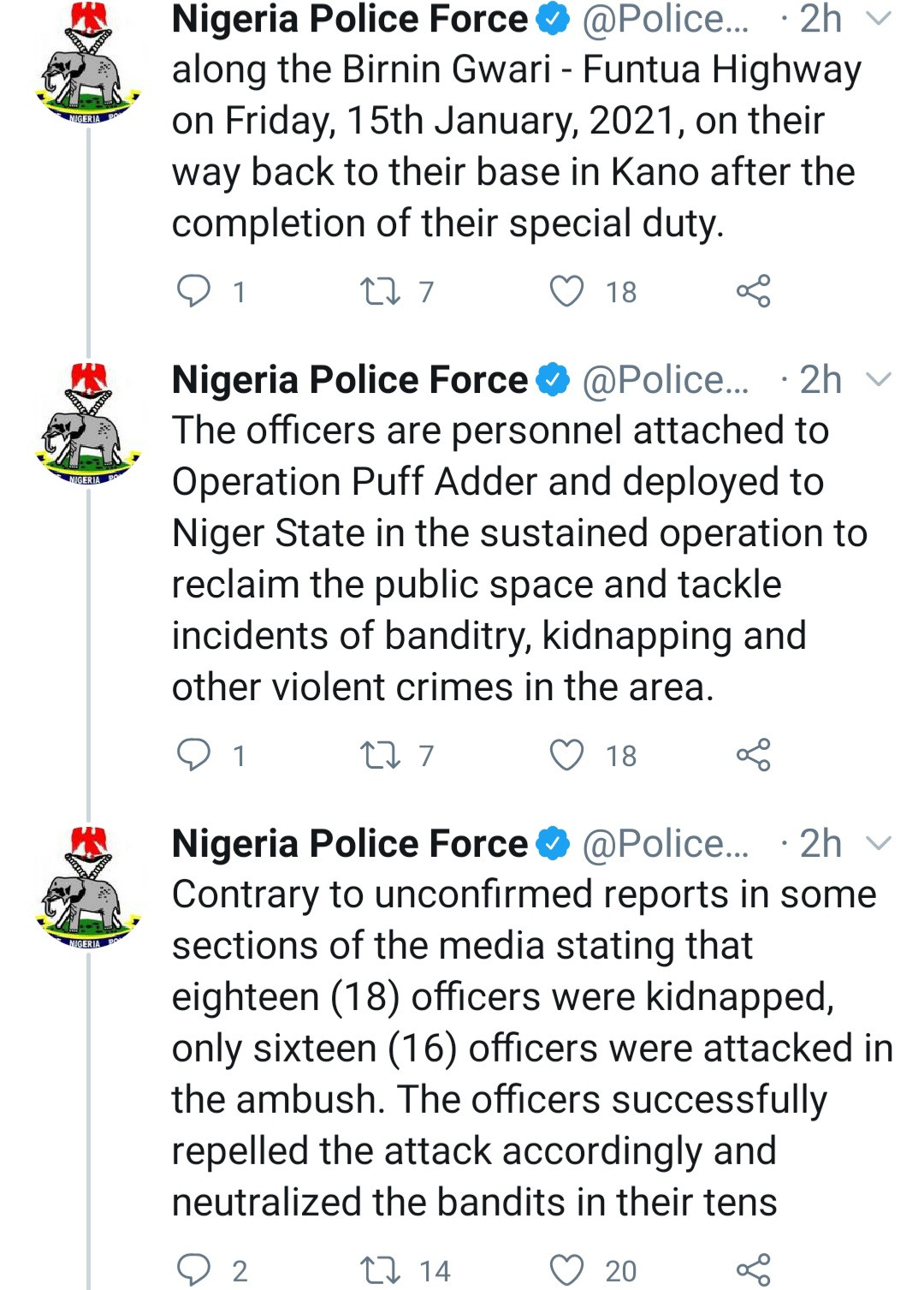 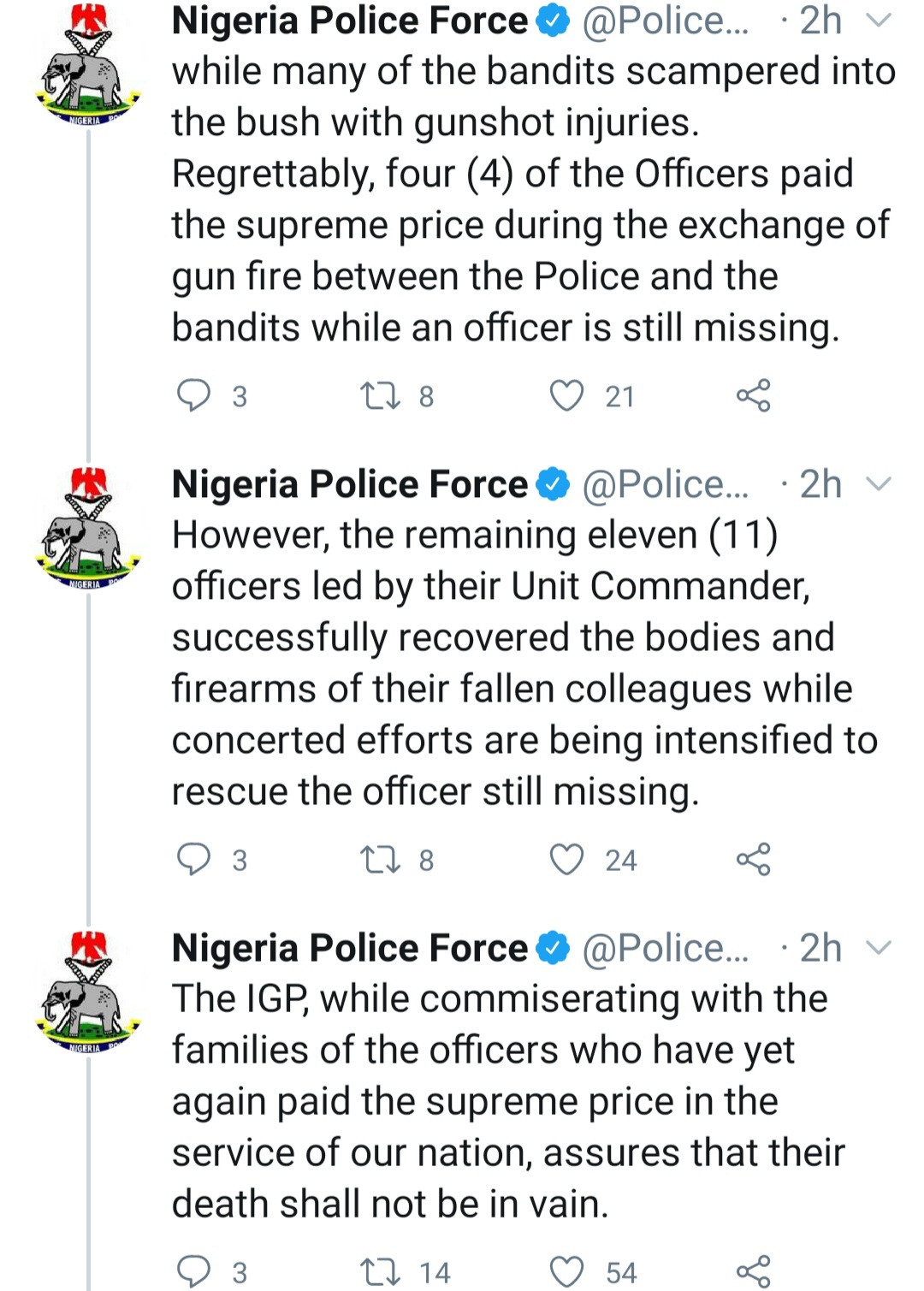 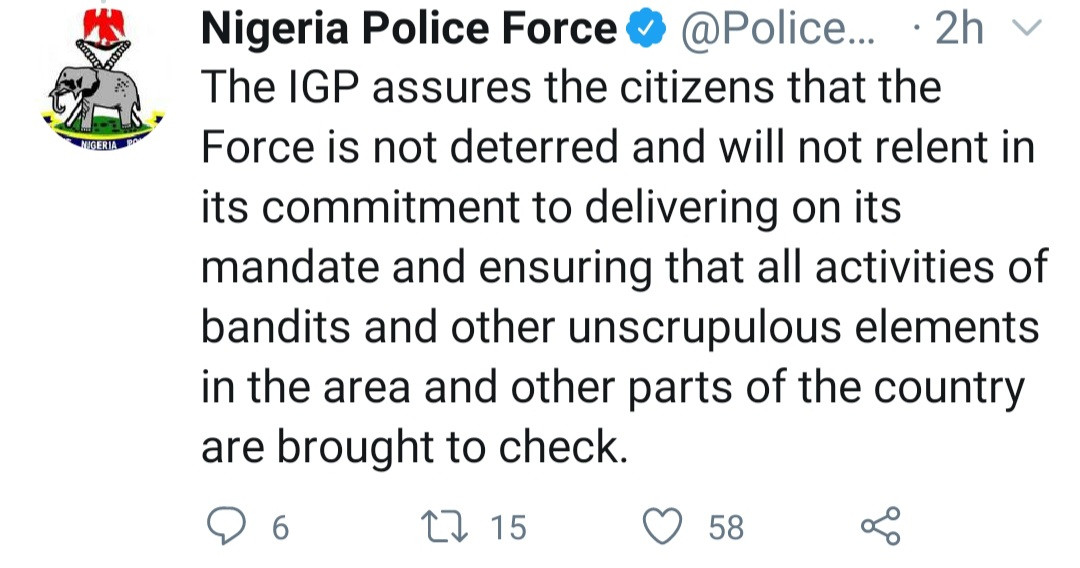 The post Fourpolice officers were killed in battle with bandits in Kaduna state, one is missing Nigeria Police Force appeared first on Linda Ikeji Blog.