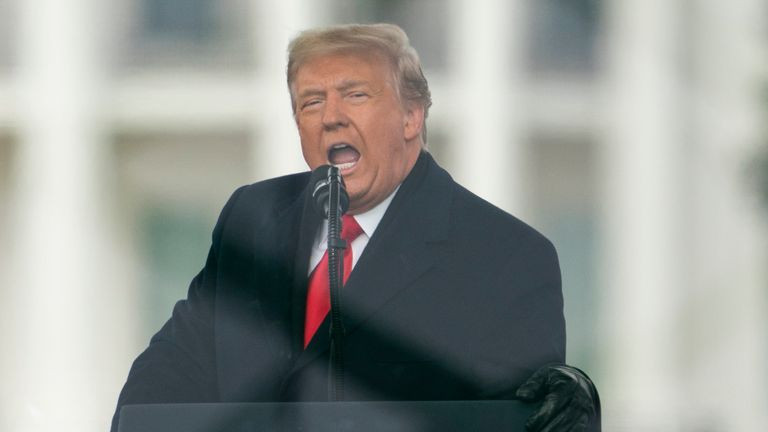 Former US President Donald Trump has reportedly parted ways with the two lead lawyers working on his defense for his Senate impeachment trial. The former US president is set to stand trial in the week beginning on February 8 on allegations he incited his supporters to storm Congress before President Joe Biden's inauguration in an attempt to halt the peaceful transition of power. Butch Bowers and Deborah Barberi, two South Carolina lawyers, are no longer on Trump's team, a person familiar with the legal strategy and two attorneys close to the team confirmed on Saturday night, January 30. The source described the move as a "mutual decision." Three other lawyers associated with the team, Josh Howard of North Carolina and Johnny Gasser and Greg Harris of South Carolina, also reportedly parted ways with Trump.Trump reportedly had differences with Bowers over strategy ahead of the trial as he is still contending that he was the victim of mass election fraud in the November 3 election won by President Joe Biden.The news leaves Trump's defense team in turmoil as he prepares for a trial starting on February 9 to consider an article of impeachment passed by the House of Representatives charging Trump with inciting the January 6 storming of the US Capitol by his followers. This comes days after five Senate Republicans voted in favour of an effort to dismiss the trial before it starts, making clear a conviction of the former president is unlikely regardless of his defence team. It will be the first time in US history that any president faced two impeachment trials or that any president was impeached after he left office.The post Former US President Donald Trump reportedly parts with impeachment lawyers a week before trial appeared first on Linda Ikeji Blog.