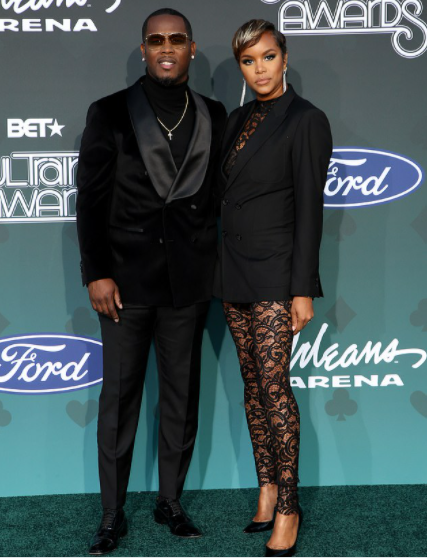 Singer LeToya Luckett has announced she is divorcing her husband Tommicus Walker after three-years of marriage.  The former Destiny's Child member, 39, made the announcement on Instagram on Monday night January 11, along with a family photo of the couple and their two children, son Tysun, four months, and daughter Gianna, two. 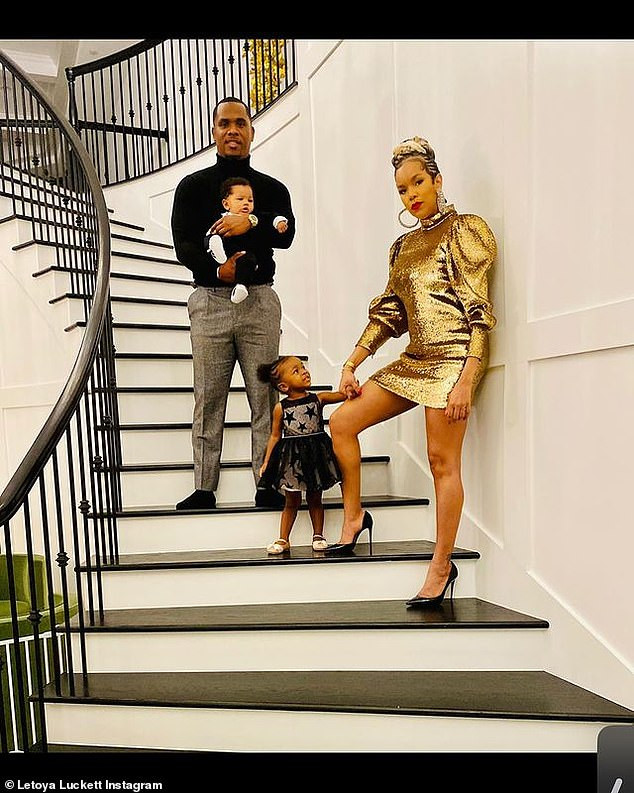 "After very prayerful consideration, Tommicus and I have decided to get a divorce," she shared. "It is my deepest desire for us to be loving co-parents and keep a peaceful environment out of respect for our children." "Please understand our need for privacy. Thank you in advance for your prayers, support & space to heal as we treat through this challenging time." 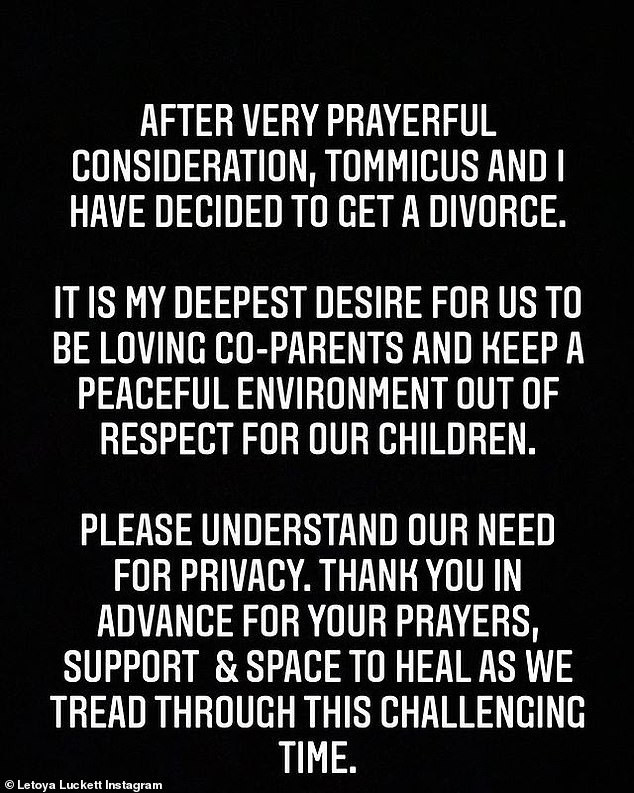 Walker, 40, also shared a similar message on his Instagram.  "LeToya and I have decided to divorce," he wrote. "This was a very difficult decision." "We remain committed as co-parents and we asked that you please our privacy and the safety of our children at this time." "We happily remain committed as caring friends with great love and respect for one another," he concluded. "We ask in advance for our kindness and sensitivity in the coming months." 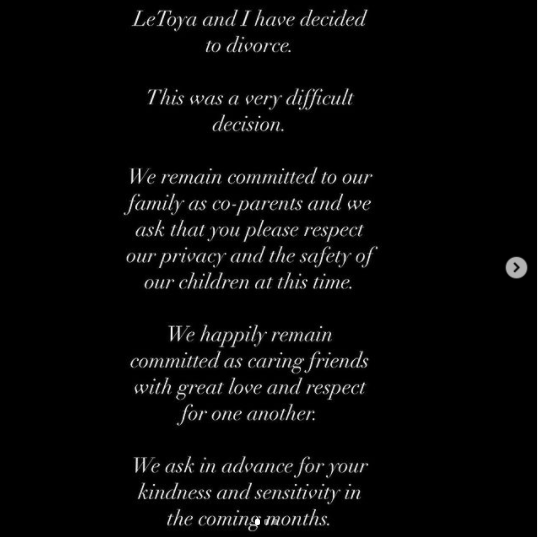 The couple went public with their romance in August 2017 when Luckett revealed their engagement and they tied the knot that December.   They share two children: Gianna Iman, 2, and Tysun Wolf, nearly 4 months together. This is Luckett’s second marriage. She was previously married to motivational speaker Rob Hillman in 2016. The marriage only lasted for a reported two months before it was annulled.  The post Former Destiny's Child member, LeToya Luckett announces divorce from husband Tommicus Walker after three-years of marriage. appeared first on Linda Ikeji Blog.