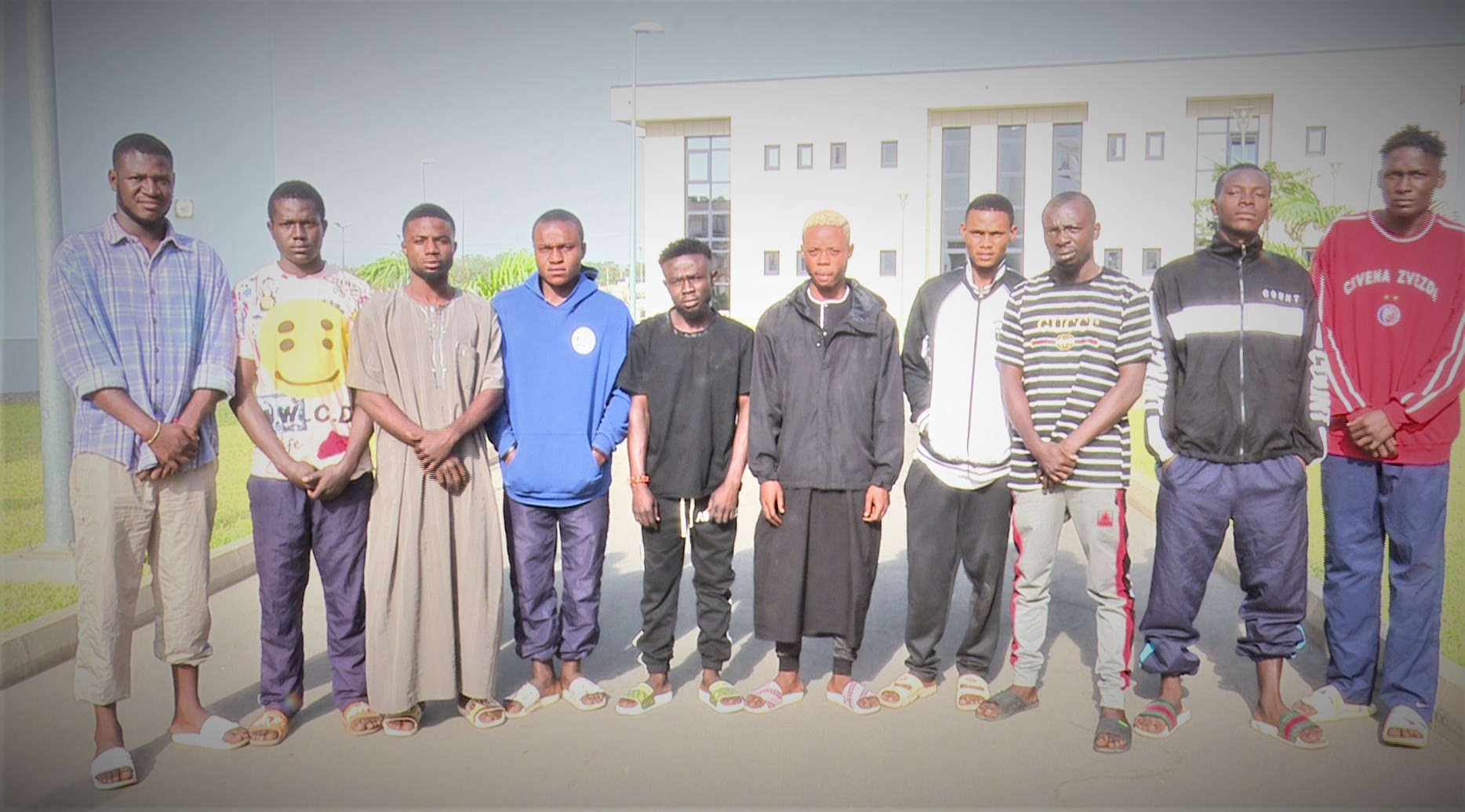 The Economic and Financial Crimes Commission on Friday, January 29, arrested 10 suspects over computer-related fraud known as ‘Yahoo-Yahoo’ A statement released by the antigraft agency states that the suspects were arrested at their Academy in Bwari axis of Abuja where they were said to be learning the trade of cyber trickery. The suspects aged between 20 and 30 years, were identified as Sixtus Jude, Moses Samuel, Isalan Johnny, Dapet Nimshak, Samuel Ogboche, Victor Samuel, Victor Asuquo, Ibrahim Yunusa, Yahaya Usman and Chijoke Ikwuoha. They were arrested with different incriminating items such as mobile phones and computers.The promoter of the Academy is however on the run, Investigations showed that the sponsor recruits and train young individuals who show interest in internet fraud. The sponsor gets his percentage of their earnings based on an agreement between him and the recruits. He also serves as a conduit for laundering the money gotten from internet fraud by some of the suspects. The suspects will be prosecuted when investigation is completed. The post EFCC burst Yahoo-Yahoo academy in Abuja, arrests 10 students; (photo) appeared first on Linda Ikeji Blog.