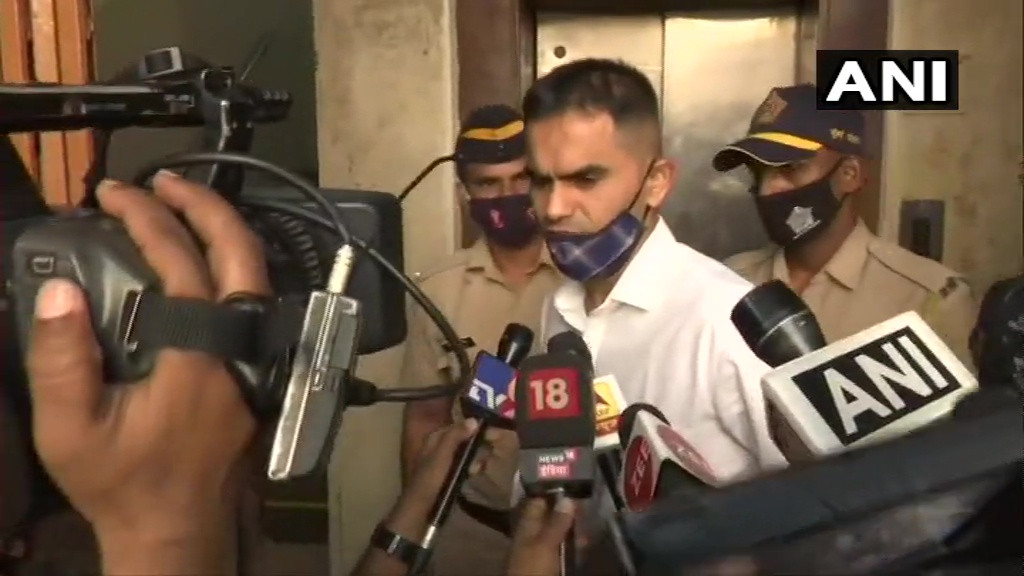 A Nigerian national has been hospitalized after he swallowed Cocaine during a raid conducted by the Narcotics Control Bureau (NCB) in upscale Juhu, Mumbai. According to journalist, Pratik Salunke, the high drama unfolded outside a five-star hotel in Juhu on Thursday, January 14, where the NCB team reached while acting on a tip off. "While gathering information on our ongoing cases against drugs, we detained a Nigerian national who swallowed Cocaine during the commotion,” said an NCB officer privy to the investigation. "The Nigerian who is suspected to be involved in drug peddling is being investigated. We have detained him for investigations." the officer added.  In such cases, the agencies resort to feeding suspected bananas to the empty stomach. Such concealment of drugs in the body is an old method which is usually used by smugglers while flying through airports. 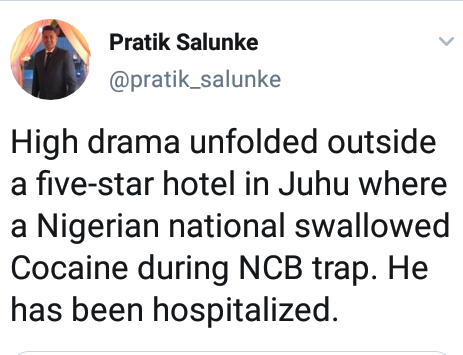