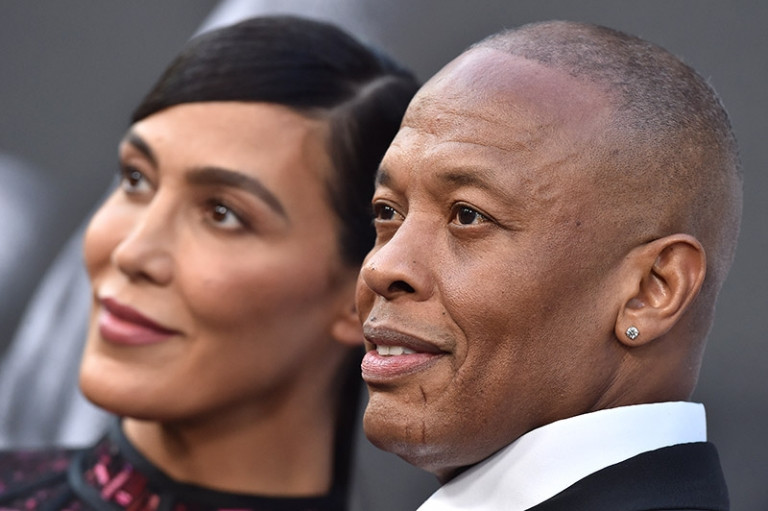 Dr. Dre reportedly paid his ex-wife Nicole Young $2 million in temporary spousal support while he recovers from a brain aneurysm in a Los Angeles hospital. According to legal documents filed Wednesday, Dec 6, the mega producer authorized the $2 million payment from his hospital bed. The 55-year-old music producer suffered a brain aneurysm Monday, Dec 4, and was rushed by ambulance to Cedars and taken directly to ICU, where he is "resting comfortably" according to his lawyer. A hearing on the matter of the couple's divorce was heard in a courtroom on Wednesday, Dec 6.  Dre, whose real name is Andre Young, was represented by his attorneys in court. The judge postponed the divorce proceedings until a later date to give Dre time to heal from his brain injury. According to the agreement, obtained by The Blast, Nicole will receive $2 million by Monday, and she will be responsible to cover her living expenses and attorney fees. As reported, Nicole wants $2 million a month in temporary spousal support plus $5 million for attorneys fees.The post Dr. Dre pays ex-wife $2 Million in temporary support while he recovers from brain aneurysm appeared first on Linda Ikeji Blog.