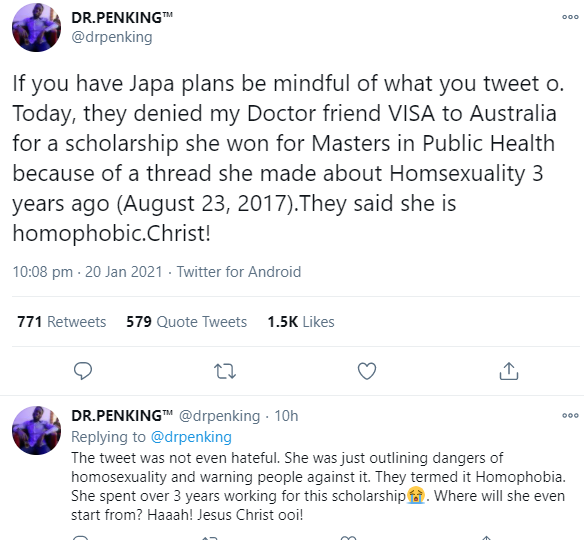 A medical doctor was reportedly denied visa to Australia after she won a scholarship, because of "homophobic" tweets she shared in the past. A doctor friend of hers shared the news to Twitter to warn others. The friend wrote: "If you have Japa plans be mindful of what you tweet o. Today, they denied my Doctor friend VISA to Australia for a scholarship she won for Masters in Public Health because of a thread she made about Homsexuality 3 years ago (August 23, 2017).They said she is homophobic.Christ! "The tweet was not even hateful. She was just outlining dangers of homosexuality and warning people against it. They termed it Homophobia. She spent over 3 years working for this scholarship. Where will she even start from? Haaah! Jesus Christ ooi!" 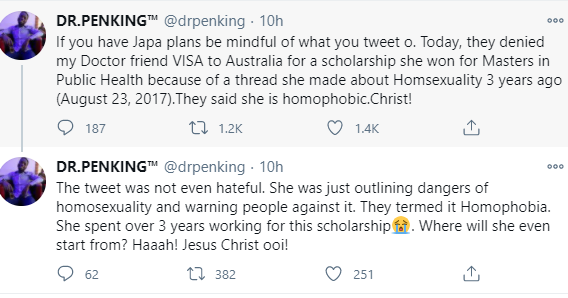 The post Doctor claims a colleague was denied visa to Australia and lost scholarship because of an old "homophobic" tweet she made addressing homosexuality appeared first on Linda Ikeji Blog.