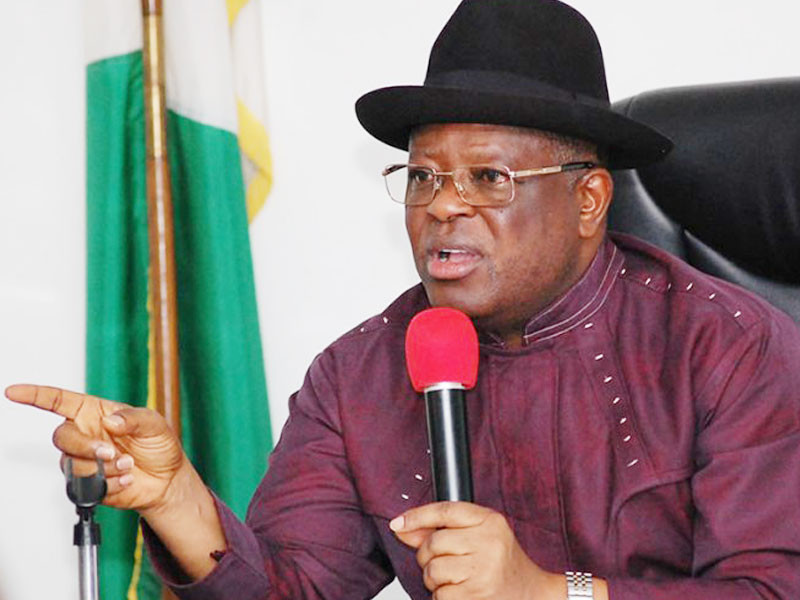 Governor David Umahi of Ebonyi has alleged that desperate politicians are aligning with bandits to destabilize the country.  The Chairman of South-East Governors Forum made the disclosure during a virtual meeting with the five governors of the region on Tuesday January 5.  Umahi said;  “The governors are so worried about the killings and kidnappings that are going on by our people in the southeast, killing our own people and the security agencies. “The situation is being heightened by the activities of very desperate politicians, this time irrespective of party affiliations.“There are so many desperate politicians in all the political parties that are so desperate for power and they have aligned with some bandits in the southeast to destabilise the nation.” The Ebonyi state Governor added that the five southeast states dissociated themselves from a bi-partisan meeting convened by some stakeholders from the region on the security situation. On the viral video in which it was alleged that some Fulani herdsmen were forced out of their settlement in a village in the state he governs, Umahi said;  “The Fulani settlement that decided to move to Taraba State and retained some of the family members in Ebonyi State and of course, the man is still here.“Politicians as we have intelligence gathering went to put a voice and said it is the Igbos that are chasing away the herdsmen from Ebonyi State.“Such a video went very wide and was causing panic in other parts of the country. That was very much uncalled for because we also have over 11 million of our people living in the north.“We have so many of our people living in south-south and south-west. When people do this, they think they are doing it to pull down a particular governor, not knowing that they are doing it to start killings against our people.” The post Desperate politicians are aligning with bandits to destabilize Nigeria - Governor Umahi appeared first on Linda Ikeji Blog.