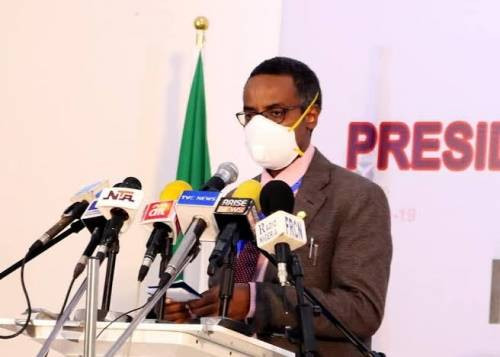 The National Coordinator of the Presidential Task Force (PTF) on COVID19, Sani Aliyu, says the date for school resumption remains January 18 and will only change after a review by the Federal government. Recall that on Monday, January 11, the Minister of Education, Adamu Adamu, said following the second wave of COVID19, the Federal Government would review the January 18 earlier date fixed for resumption of schools across Nigeria. Many interpreted this to mean the date for resumption has been shifted. However, in an interview with TVC today January 12, Aliyu said the date for resumption has not been changed.  “As regards schools, I just want to make a clarification. What the minister said yesterday was that they were going to review, he didn’t say that they were going to change the date. He said they will review the situation and let the nation know.So, for the moment, it is still 18th January until the ministry of education comes back either with an alternative date or reconfirm that.''he saidThe post COVID19: Schools resumption date remains Jan 18- PTF National coordinator, Aliyu Sani says appeared first on Linda Ikeji Blog.