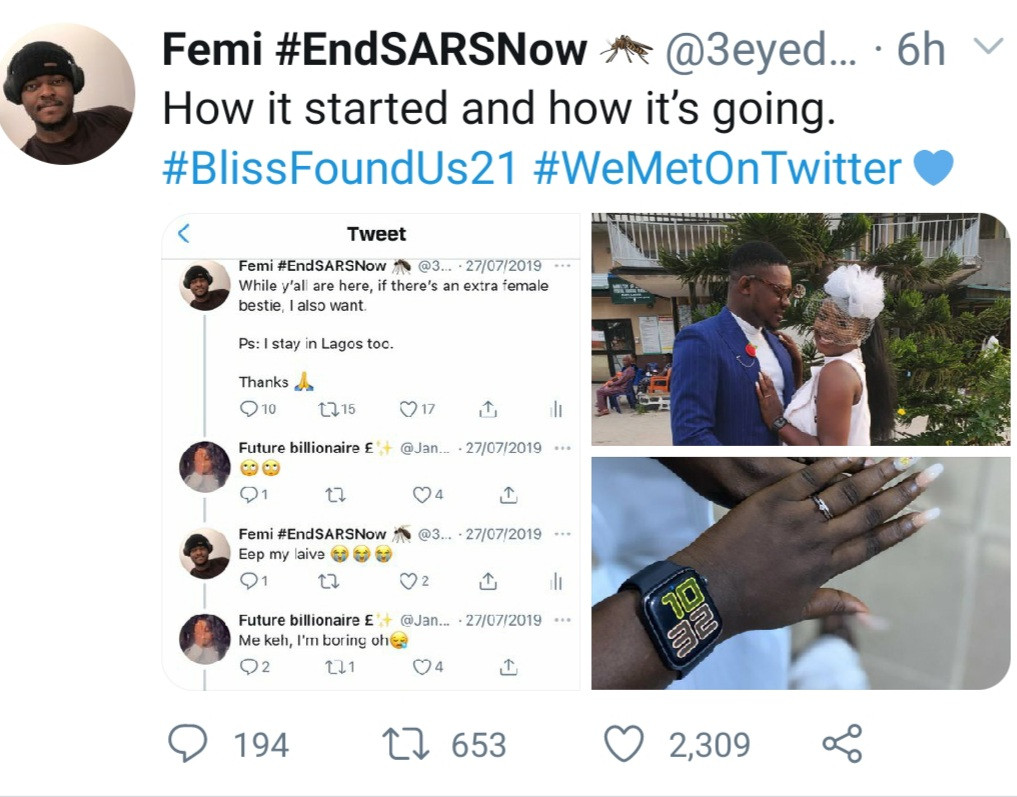 A couple has shared the unique way they met on Twitter as they gave an update on their relationship.  The love birds, who are now married, shared a screenshot of their first conversation on Twitter that eventually led to the altar. "How it started and how it's going," the man captioned the shots. He added the hashing #WeMetOnTwitter.

The relationship began after the man announced that he's looking for an extra female bestie.  The lady responded, and the rest they say is history. See below. 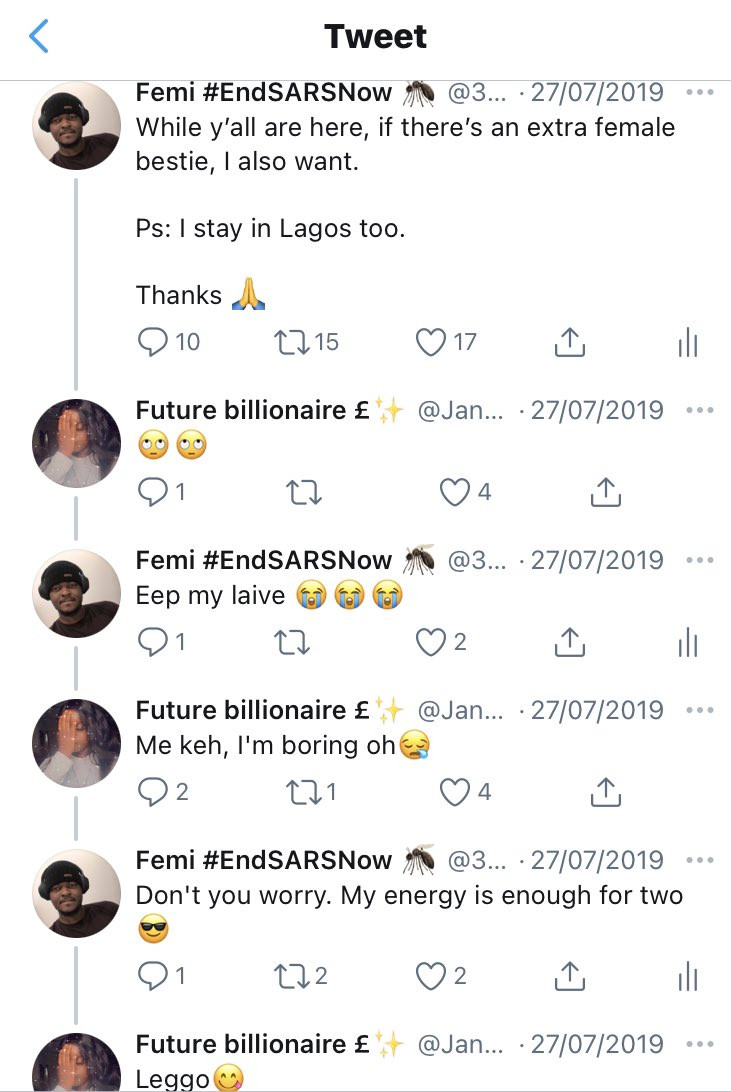 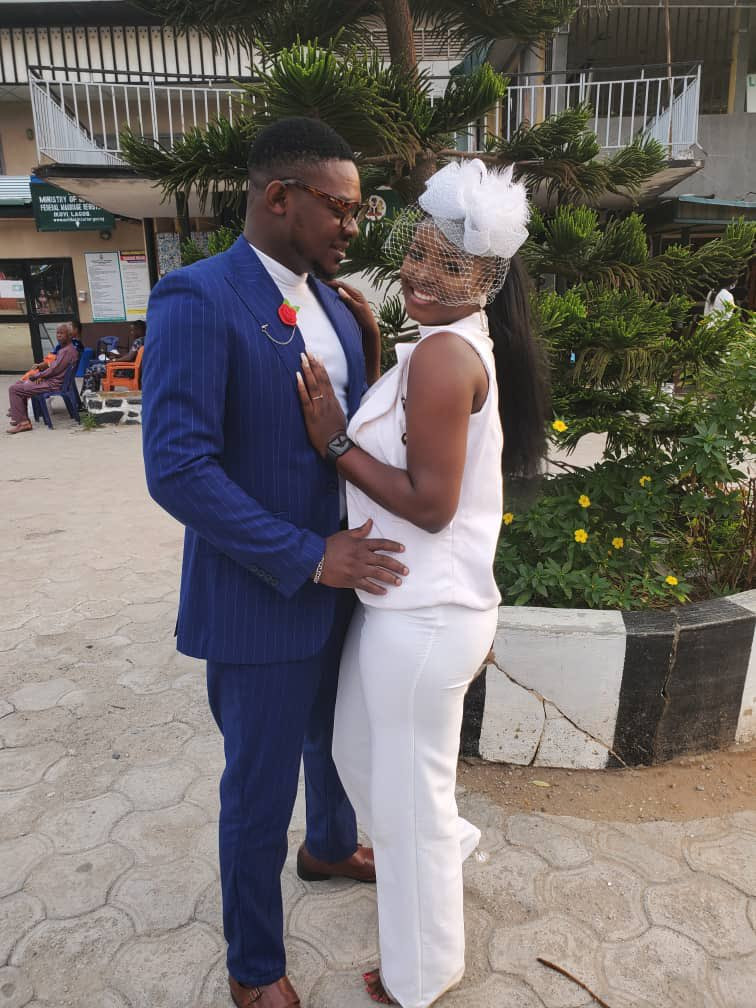 The post Couple who met online share how it started and how it's going appeared first on Linda Ikeji Blog.