Bishop Kukah accuses Islamic group of inciting violence against him 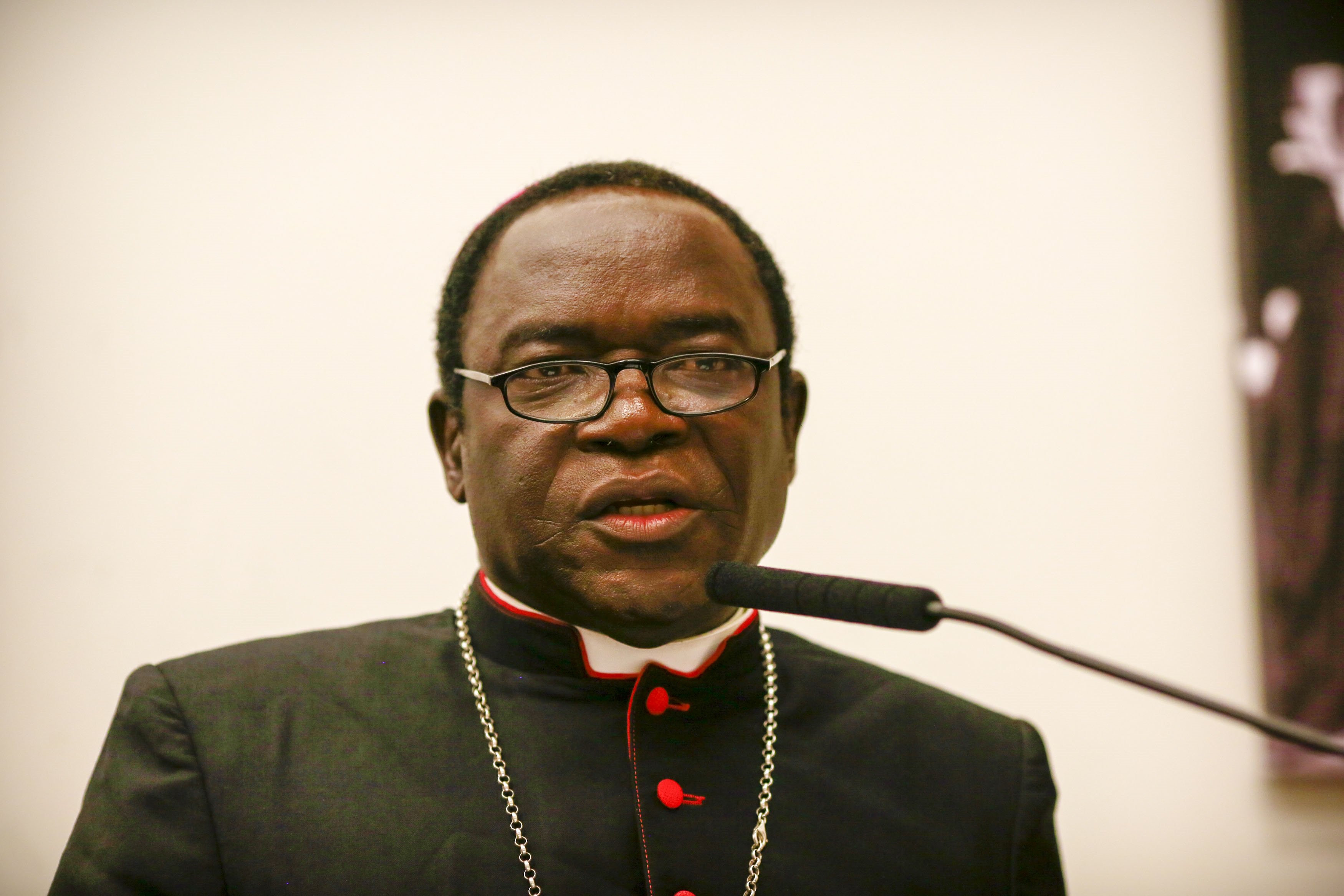 Catholic Bishop of Sokoto Diocese, Matthew Kukah has accused an Islamic group, Jama’atu Nasril Islam (JNI) of inciting violence against him over his controversial Christmas message. Recall that the Islamic group had accused Kukah of "firing a poisoned arrow at the heart of Islam and Muslims in Nigeria" after he said there could have been a coup if a non-Northern Muslim President did a fraction of what President Buhari has done in his Christmas message.  The JNI in a statement signed by its secretary-general Khalid Abubakar Aliyu, alleged that the Catholic Bishop initiated the attack even when he was welcomed in Sokoto, a state they described as the seat of the Caliphate and the heart of Islam and Islamic scholarship, culture and practices in sub-Saharan Africa.  Reacting to this, the Catholic Bishop alleged that the Islamic group was simply inciting violence against him. He added that the JNI secretary focused more on politics than humanity to have accused him of firing an arrow at the heart of Islam and Muslims in Nigeria.  Kukah said;  “Dr Aliyu has accused me of being an enemy of his Religion, Islam. He accused me of what he calls, firing an arrow at the heart of Islam and Muslims in Nigeria. He says I have been accorded respect and accommodated in Sokoto and I have turned around to bite a finger that has fed me. He poses a question: How can Muslims continue to be hospitable to one who proves to be an ingrate many times over? How can Muslims be comfortable in associating with a bitterly vindictive person disguised in the garb of a religious cleric? I can only take this statement from the Secretary General of JNI as a clear case of incitement to violence against me.“Finally, I will make only two points. First, my area of research is Religion, Politics and Society. I am concerned about how religion can help to form good citizens and also how the state can create an environment that enables citizens to achieve this. In all of my writings over the last forty or more years, I have never written a single paper or article on Islam as a Religion. If there is any scholar anywhere who knows, let him or her say so. I have written about Religion focusing on how both citizens and the state deal with it with focus on politicians. My concerns are summarised in what the late Professor Bala Usman loosely referred to as the manipulation of religion. This manipulation is what has turned religion into a weapon of war in Nigeria.“Secondly, I will request Dr Aliyu as a matter of honour and based on the text of my sermon to formally identify where in my Sermon I attacked Islam or all Muslims in Nigeria and the world according to him. I am more than happy to apologise for the offensive part of the statement. The relevant paragraphs in my Sermon focused on the two painful themes of nepotism and the hemoraging of lives in our country, a fact that as I said, most religious leaders and statesmen and women have alluded to. How a critique of government policies suddenly becomes hatred of Islam and the north, beggars belief. I am therefore calling on Dr. Aliyu to clarify and validate his accusations against me and advance the reasons why he should incite violence against me. I am unaware of anyone in Sokoto who has accused me of any misdemeanor or actions aimed at undermining the state or anyone, no least the faith of Islam.“I believe that today, nepotism poses a serious threat to our country.  “The second point was the issue of the insecurity and how the north has become so affected. My belief was to add my voice to the voices of millions of Nigerians, Muslims, Christians, Traditional rulers, Statesmen and all who have shown genuine concern.“It will be a great pity and a disservice to our efforts at national cohesion if we resort to the kind of diversionary threats that Dr Aliyu has embarked on. It only makes the job of insurgents easier if we become enemies to one another.”The post Bishop Kukah accuses Islamic group of inciting violence against him appeared first on Linda Ikeji Blog.