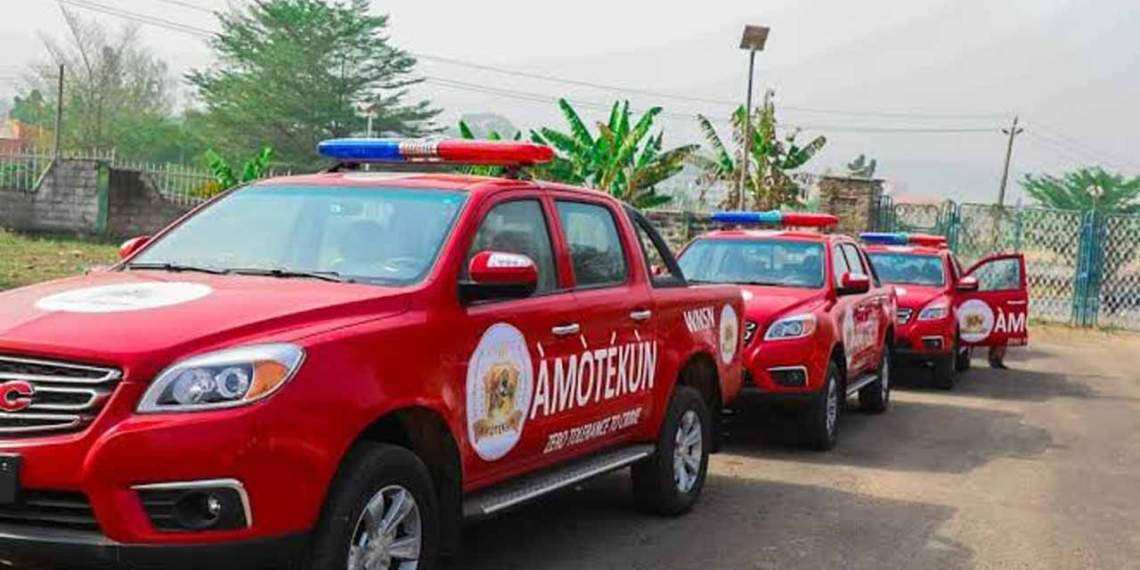 Operatives of Ekiti State Security Network Agency codenamed Operation Amotekun have arrested four suspected kidnappers in Eda Oniyo, Ilejemeje Local Government Area of the state.  The Corps Commander, Joe Komolafe was arrested during a routine patrol by the security operatives. The arrested men have been identified as Abubakar Sule, Sheu Usman, Abubakar Babangida, and Sheu Mamuda and they reportedly confessed to being herdsmen from Sokoto state carrying out “professional kidnapping in Southwest.” Komolafe said;  “Our men on routine patrol intercepted these four persons suspected to be kidnappers on Friday morning. They claimed to have come from Sokoto state. Upon questioning, they said they were heading to Akungba Akoko in Ondo state but with no clear mission here.“What we found on them clearly gave them away as suspected kidnappers and also with their confession." Mr Komolafe said the suspects would be handed over to the police for further investigation.The post Amotekun arrest four suspected kidnappers in Ekiti appeared first on Linda Ikeji Blog.