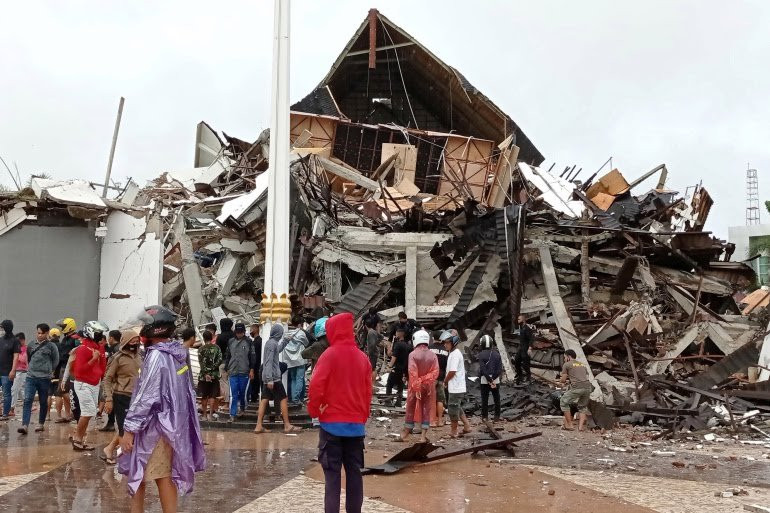 An earthquake on the Indonesian island of Sulawesi has killed at least seven people and injured hundreds on Friday morning, January 15.According to reports, more than a dozen patients and staff are reported to be trapped in the rubble of a hospital that was damaged in the quake. Authorities said four people died in Majene and more than 600 were injured, while another three people died in neighbouring Mamuju. Indonesia is prone to earthquakes because it lies on the so-called Ring of Fire - a line of frequent quakes and volcanic eruptions on the Pacific rim. 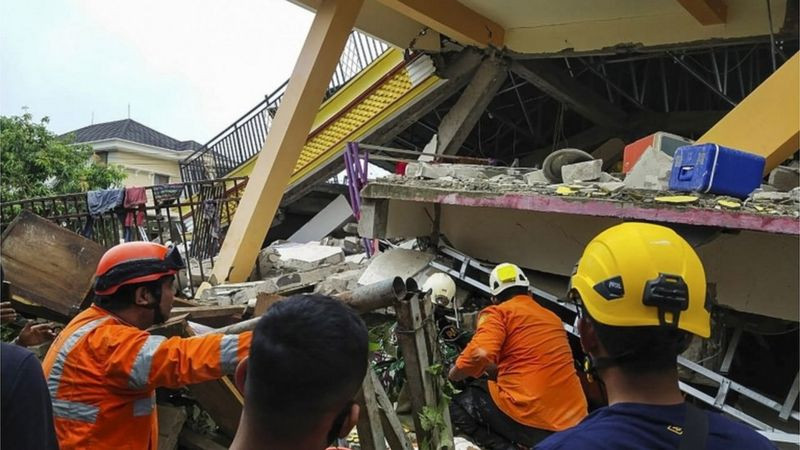 The earthquake which had magnitude of  6.2 came just hours after an earlier, smaller quake. The epicentre of Friday's earthquake was six kilometres (3.73 miles) northeast of Majene city and had a depth of 10 kilometres. Authorities have warned that strong aftershocks could follow the two main quakes and that they could still trigger a tsunami while thousands are reported to have left their homes, fleeing to safety.Properties damaged include homes, two hotels, the governor's office and a mall.The post 7 killed, several trapped in collapsed buildingsand hundreds injured as earthquake rips through Indonesia appeared first on Linda Ikeji Blog.