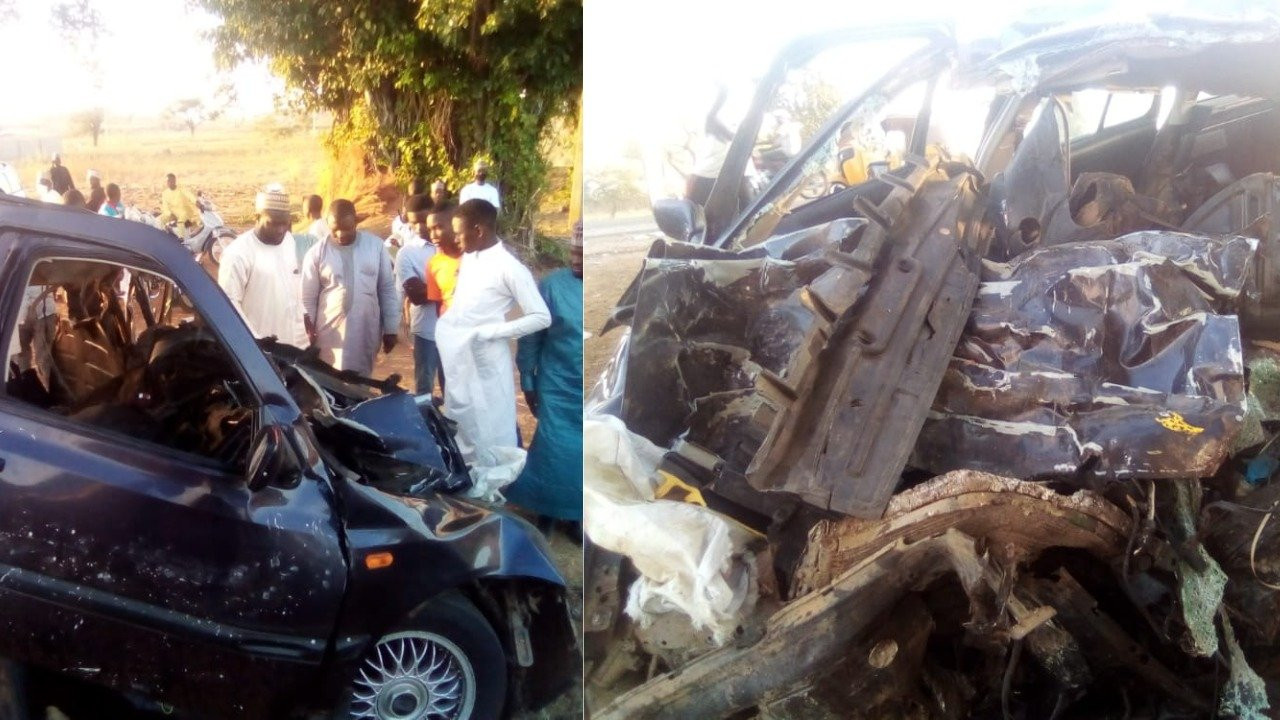 A car accident which occurred along Bauchi – Maiduguri expressway near Tirwun village a suburb of Bauchi capital city, has left at least 20 people dead.  Bauchi police spokesperson, Ahmed Wakili said the Sunday afternoon incident involved two commercial vehicles; a Volkswagen Golf heading from Misau to Bauchi and a Hummer Bus heading to Maiduguri from Jos which collided. One of the vehicles reportedly went up in flames and its occupants got burnt beyond recognition. Out of 22 passengers involved in the accident only two survived and are said to be receiving treatment at the Abubakar Tafawa Balewa University Teaching Hospital Bauchi. Wakili further disclosed that the corpses of those who died in the accident have been deposited at the ATBU Teaching Hospital Mortuary.The post 20 die in Bauchi road accident appeared first on Linda Ikeji Blog.