You are literally the biggest embarrassment of a human being I have ever encountered in my life - Tems' manager, Muyiwa Awoniyi calls out Ugandan singer Bebe Cool 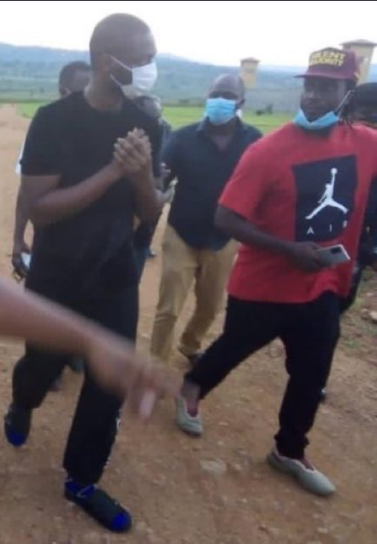 Singer, Tems' manager, Muyiwa Awoniyi has also called out Ugadan singer Bebe Cool over their arrest.  Awoniyi who slammed Bebe Cool for taking credit for their release, accused him of being the biggest embarrassment of a human being he has ever encountered in his life. He added that the only reason he didn't beat him in the car was because they were in his country. Like Tems, he also said he will be doing that "on sight anywhere else." Muyiwa tweeted;  First of all, nobody is your young brother you twat. Second of all, you are literally the biggest embarrassment of a human being I have ever encountered in my life. How dare you set us up and then try to take credit for the release?I heard once I came out that y’all flamed tf out of this waste man @BebeCoolUG. Y’all don’t even know how deep of a fool this guy is. Let me first give you context before I start. This is the level of idiot we are dealing withThis clown @BebeCoolUG drove 3 hours to the maximum security prison @Omah_Lay and I were at WITH HIS OWN PRESS AND STARTED PRETENDING TO CHASE THEM AWAY FROM RECORDING US AS WE WERE RELEASED?! Do you think we are as stupid as your children??The only reason I didn’t beat tf out of you in that car is because I was in your country @BebeCoolUG. I promise you it’s on sight anywhere else. You are almost 85 years old and you are still upcoming. Even your own country hates you. You’re actually done oucheaYou say that Ugandan organisers only book Nigerians to perform. First of all @BebeCoolUG  your music sucks. Even you know this which is why you rely on bookings. You CANNOT do your own shows. Even the rats from my cell no fit attend your show. 6 local artists performed before us!I’m not gonna spend too long on this goat @BebeCoolUG. T and I just want y’all to know that this idiot had NOTHING AT ALL TO DO WITH OUR RELEASE. He is the REASON for all of this nonsense. I don’t even need to deck you. Too many guys dey on top your matter alreadyI was so mad at this point that I didn’t even notice your shoes. Stop focusing on Nigerian artists. You CLEARLY have other issuesThis twat @BebeCoolUG fully said to me in the car “Uganda loves Nigeria but Nigeria not so much us”. IDIOT DO YOU KNOW NAIJA BLEW PARTY AFTA PARTY BY BIG TRILL...WHO IS FROM...UGANDA?!?!I LOVE MY NIGERIAN PEOPLE DEM SO MUCH. UNA TOO GET SENSE! 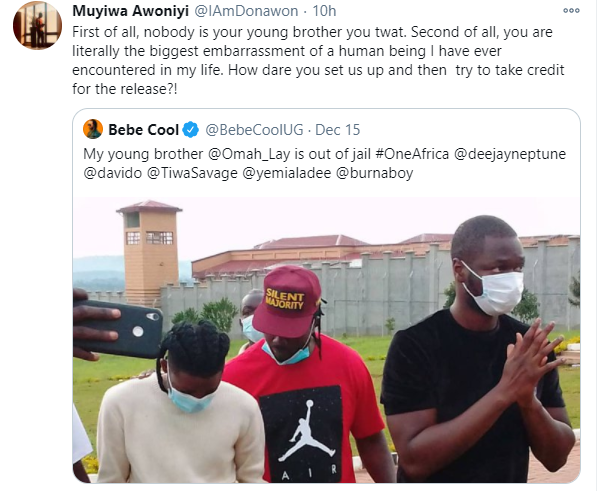 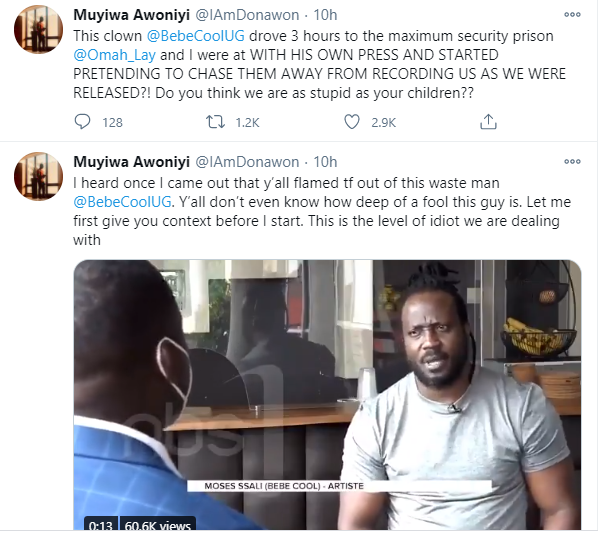 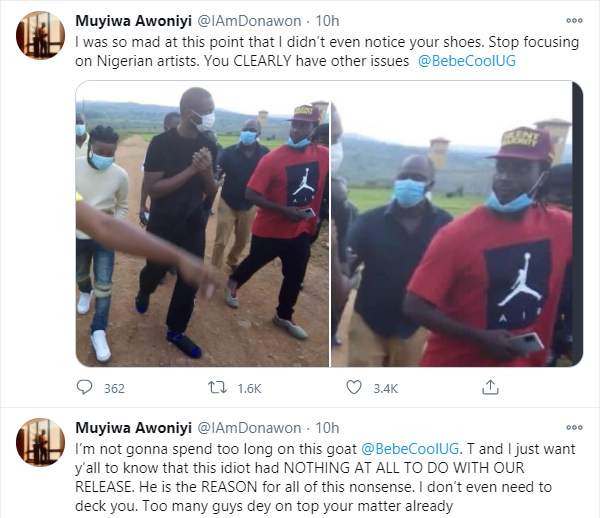 The post You are literally the biggest embarrassment of a human being I have ever encountered in my life - Tems' manager, Muyiwa Awoniyi calls out Ugandan singer Bebe Cool appeared first on Linda Ikeji Blog.