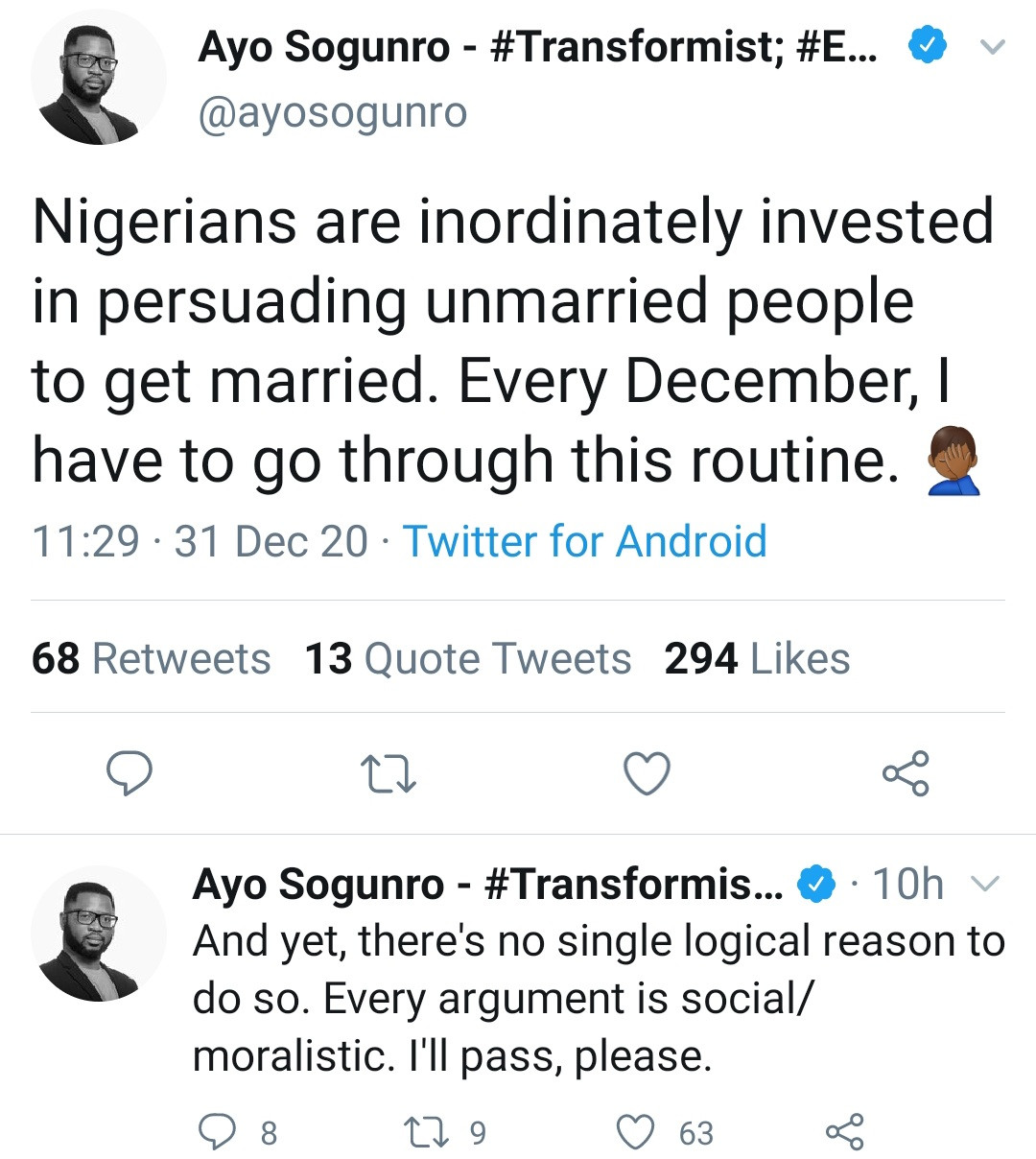 Weiter Ayo Sogunro has said there is no single logical reason to get married. He said Nigerians are invested in persuading single people to get married, then added that the only argument put forward to promote marriage is "social" or "moralistic". He tweeted: "Nigerians are inordinately invested in persuading unmarried people to get married. Every December, I have to go through this routine. "And yet, there's no single logical reason to do so. Every argument is social/moralistic. I'll pass, please."

The post "There is no single logical reason to get married" Writer Ayo Sogunro says appeared first on Linda Ikeji Blog.