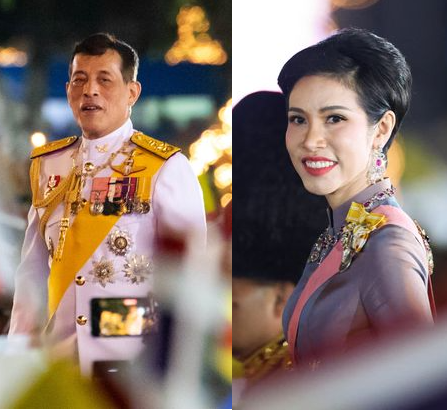 The King of Thailand's mistress has had 1,400 naked photos leaked in a "revenge porn" attack by her enemies. A huge cache of explicit images show the lover of King Maha Vajiralongkorn, 68, naked or semi-naked and have been sent to critics of the royal family. Reports claim the release of the photos is a bid to "sabotage" mistress Sineenat Wongvajirapakdi, also known as Koi. It is thought to be connected to a bitter rivalry between the king's mistress and his wife. The pictures, thought to have been taken by Sineenat herself, were sent to British journalist Andrew MacGregor Marshall who has written critical articles about the Thai monarchy. He wrote on Facebook: "The photographs are clearly from Koi's personal phones. "Most of the images are photographs she took of herself, and dozens of them are very explicit. "It seems probable that she had taken these explicit photographs of herself to send to Vajiralongkorn (the king)." The 1,443 photos were taken between 2012 and 2014 and include revealing shots of the 35-year-old mistress topless and in skimpy nightwear. It is claimed the king's lover had been seeking to undermine the king's official wife and former consort, Queen Suthida, and the pair have a bitter rivalry. The king appointed Sineenat as his official mistress in 2019. Sineenat has trained as a pilot and is a major-general. 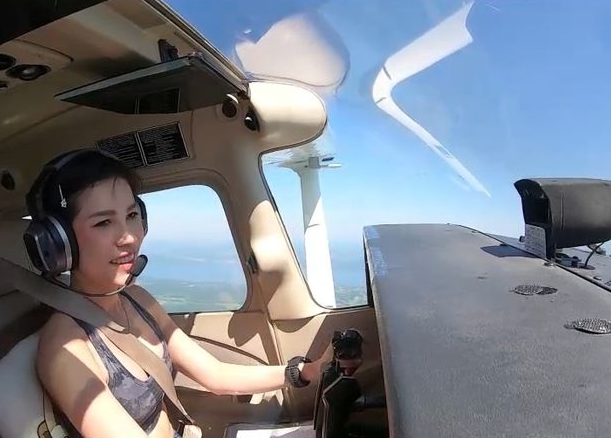 The leaked nudes comes shortly after Sineenat, 35, rejoined the royal harem after being dramatically expelled and imprisoned last year. Mr Marshall rejected claims the release of the racy images was the work of "pro-democracy Thai hackers", adding: "This is almost certainly untrue. "Koi's return was bitterly opposed by palace factions supporting Queen Suthida and Princess Bajrakitiyabha and it is highly probable the images of Koi were leaked in an effort to sabotage her return as Vajiralongkorn's consort." King Vajiralongkorn, who took the throne after his father died in 2016, was the first Thai monarch to take an official mistress in almost a century because the previous kings were monogamous. 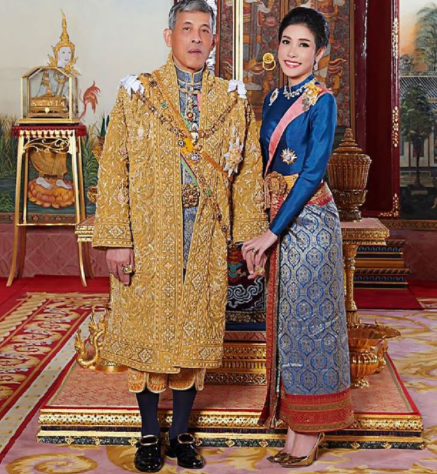 King Vajiralongkorn and mistress Sineenat He had made Queen Suthida, 42, his fourth wife just three months earlier. But last October, less than three months after making Sineenat his royal consort, the king issued a command taking back the appointment and sending her to prison. An official statement accusing her of being "dishonourable, lacking gratitude (and of) disobedience against the king and the queen". Sineenat returned to the royal circle in August this year. 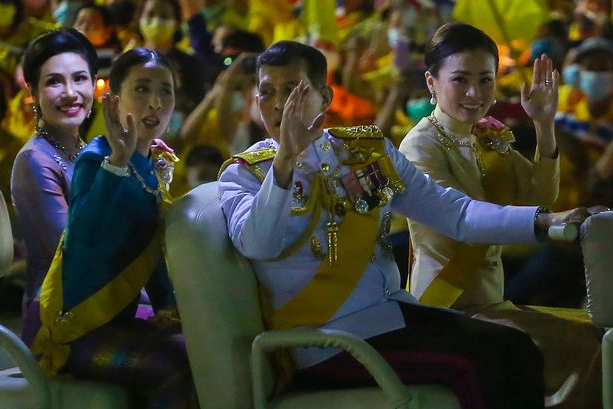