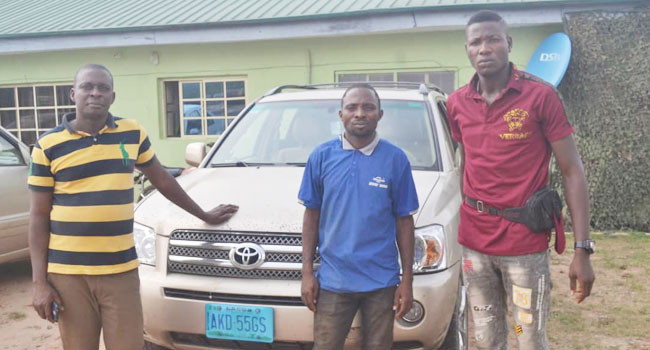 A suspected kidnapper has been killed by troops who rescued three victims along Ibilo-Isua road in Igarra village, Akoko North West Local Government Area of Ondo State. Acting Assistant Director of Army Public Relations, Captain Ayorinde Omojokun in a statement released on Wednesday December 24 said the suspected kidnapper was killed after troops of 32 Artillery Brigade with other security agencies foiled a kidnapping and robbery operation in the area. The statement read;  “The bandit attempted to kidnap three travellers in a gold-painted Toyota Highlander 2006 model with registration number AKD 55 GS. “On sighting the troops, the kidnappers tried to engage the troops in a gun battle but were defeated due to troops’ firepower.“This resulted in the killing of one of the kidnapper while others escaped into the forest with varying degrees of gunshot wounds.” Items recovered from the scene of the incident included 350,770, one cutlass, 11/2 sachet of tramadol hydrochloride (100mg), and one itel black phone.The post Soldier kill suspected kidnapper, rescue victims in Ondo appeared first on Linda Ikeji Blog.