Presidency disagrees with Governor Masari on number of schoolboys abducted from Kastina school; says only 10 students were abducted 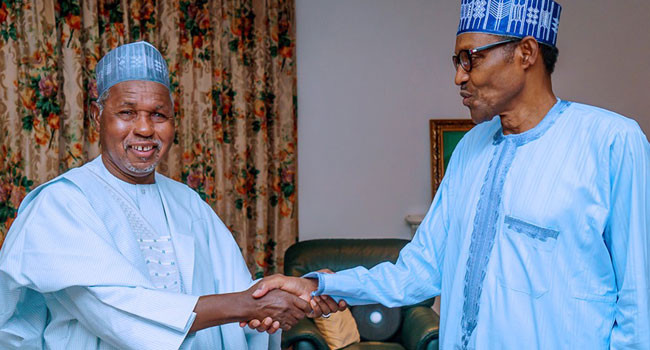 The Presidency has countered Governor Bello Masari on the number of boys abducted from Government Science Secondary School in Kankara community of Katsina State. Masari in a statement released on Sunday December 13, said that 333 boys were still missing after bandits struck at the school.  The Senior Special Assistant to the President on Media and Publicity, Garba Shehu however told BBC Hausa Service that only 10 boys were abducted by the bandits. The BBC Hausa bulletin read;   “The Government of Nigeria has said its security forces have surrounded the location where gunmen have kept schoolchildren abducted from a secondary school in Katsina State.“Spokesman for the President, Mallam Garba Shehu, told the BBC only 10 children were remaining in the hands of the gunmen according to their colleagues who escaped from the gunmen. The number is below figures released by school authorities at the beginning. Garba Shehu said the school children who escaped said 10 of their friends were still with their abductors.”The post Presidency disagrees with Governor Masari on number of schoolboys abducted from Kastina school; says only 10 students were abducted appeared first on Linda Ikeji Blog.