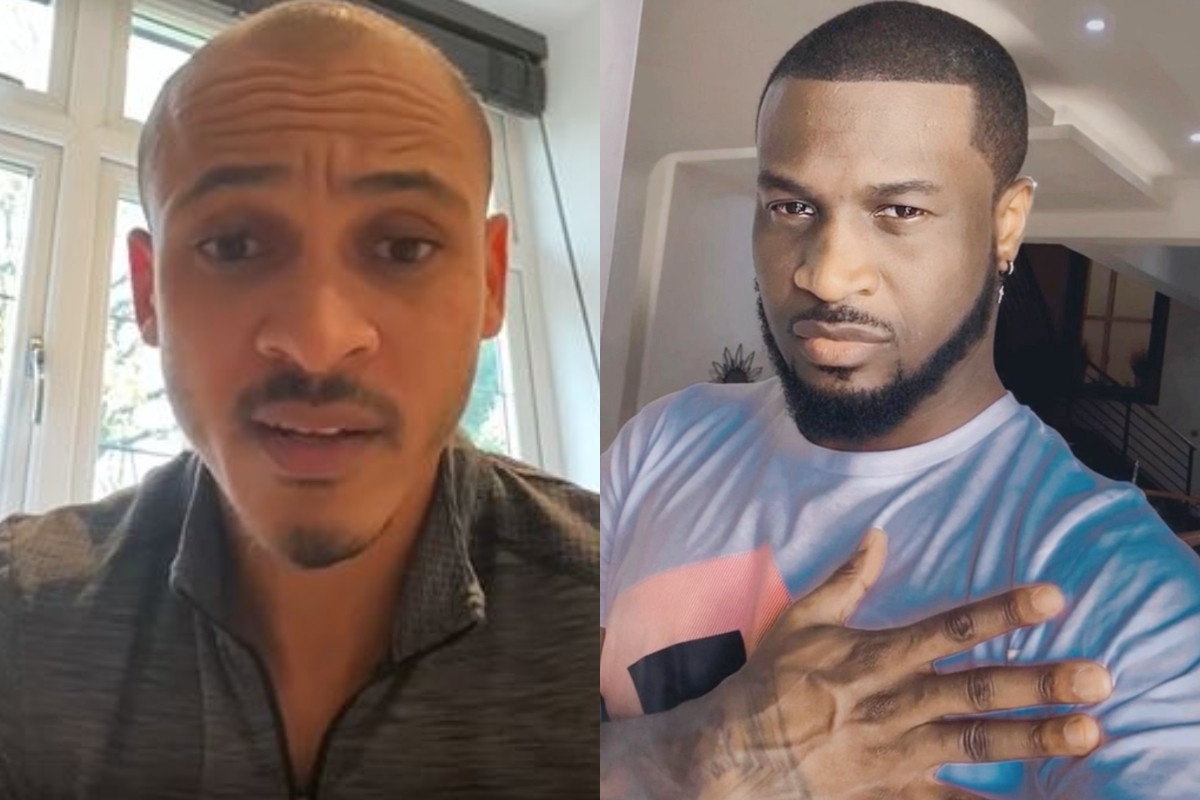 Singer Peter Okoye aka Mr. P and retired footballer, Osaze Odemwingie, have made peace after the latter apologized to the former for calling him out online as he explained his reasons for doing so. On Tuesday, December 1, Osaze took to his Instagram page to call out Peter for running a betting company and also for sharing a video of people dancing while breaking bottles on their heads to celebrate the yuletide season. 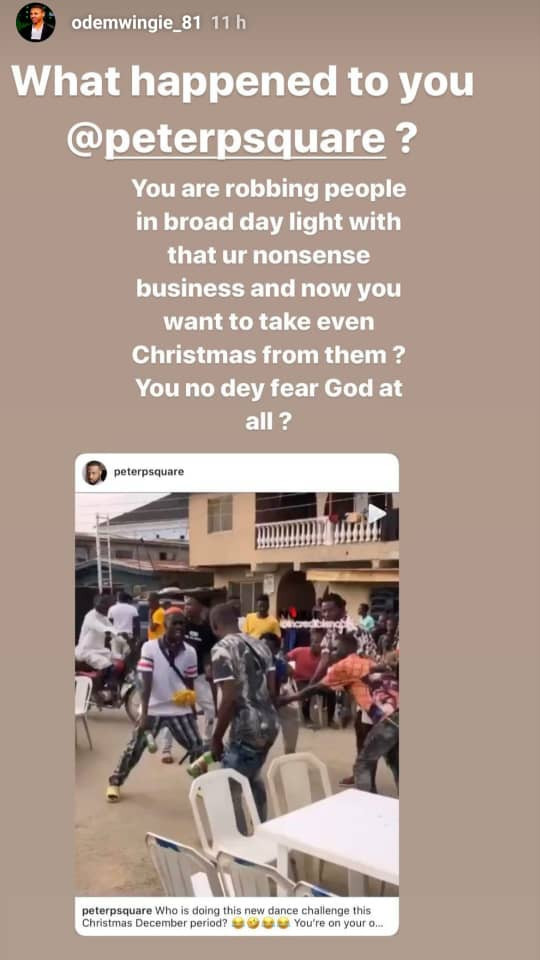 Peter saw the post, attacked Osaze, and called on Nigerians to pray for him. 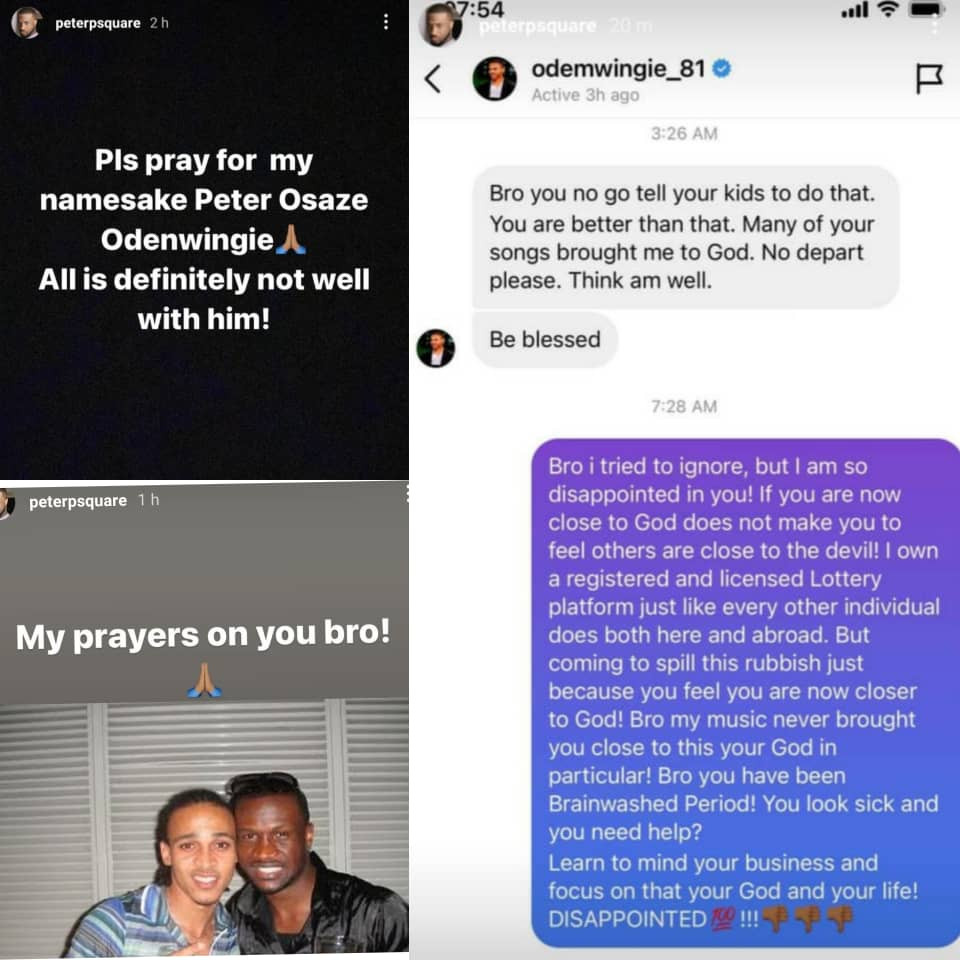 Reacting to Peter's post, Osaze shared a video of himself explaining why he called Peter out and what he thinks is wrong with the singer's betting business and the video he shares of people dancing In his words:I didn't mean no offense, to be honest. As you offered to pray for me feeling like things aren't right with me, I thought I will do the favor back because what you sow is what you reap. You pray for me and I pray for you. When I watched your video about the guy that took his mum's last N500 to gamble, what you are doing is that you are encouraging gambling. Some people win, some people loose. So he went into tears saying his mother is ill, she has cancer, she is on chemotherapy and you asked him why was he crying and he said because he took his mum's last N500 to buy a ticket. Luckily he won but I believe there are some guys who didn't win on that day and possibly took their dad's or mum's or friend's last money feeling like they would win because gambling is an addiction. In that situation, I am not condemning your business completely but in that situation, I think what you should have said to him was that he is lucky today but he shouldn't do that again because if he didn't win, that means they might not have a meal that day or the next day and that is stealing because you have to ask your mother to take her last money to go gamble. I believe some people borrow money to do these things and when they are in debt, they end up getting arrested, they get beaten up and all that.So that was my worry really. If he took his mum's last N500, you should have rebuked him as a brother. Most of my friends are footballers. They all are into gambling but it is a big issue here. People commit suicide because of gambling. It is an addiction. I am not condemning people that are doing it but if you can control it, that is another thing''On Peter's dance challenge, he said''When I saw the video you put out encouraging people as they break bottles on their head and dancing,  I asked you if these were your sons, will you encourage them  to do that? So this is how our Christmas should be in Nigeria now? Guys breaking bottles on their heads and dancing like crazy. I am just saying my opinion. I don't think it is right. Maybe once a year you want to go mad, maybe you go to somewhere and do that but not to bring that kind of thinking into Christmas because it is family time, a nice time.So apologies if I offended you in anyway'' Peter Okoye accepted his apologies and took to his instastories to make it known. See his post below 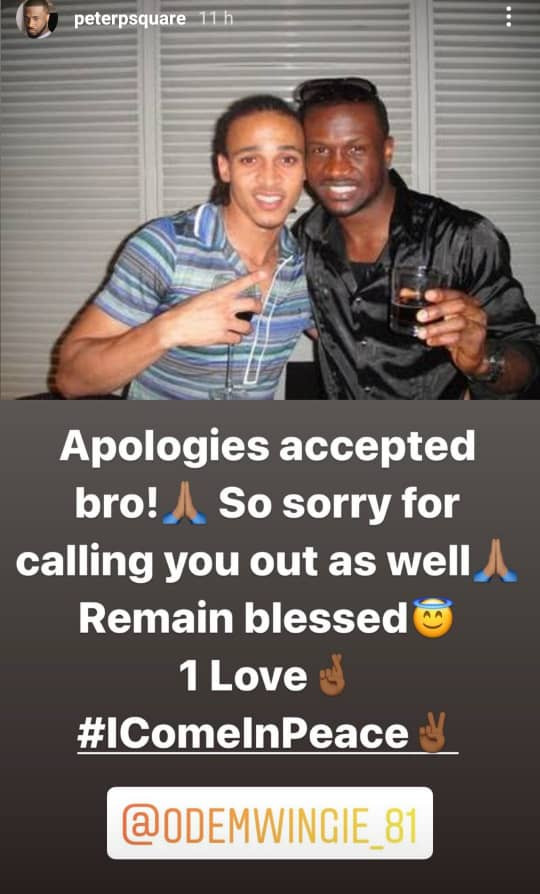 Watch the video of Osaze apologizing below      View this post on Instagram           A post shared by Lindaikejiblog (@lindaikejiblogofficial)The post Peter Okoye and Osaze Odemwingie make peace after the footballer made a video apologizing to the singer while explaining why he condemned his betting business appeared first on Linda Ikeji Blog.