Our Jesus Story to hit cinemas on Friday December 11 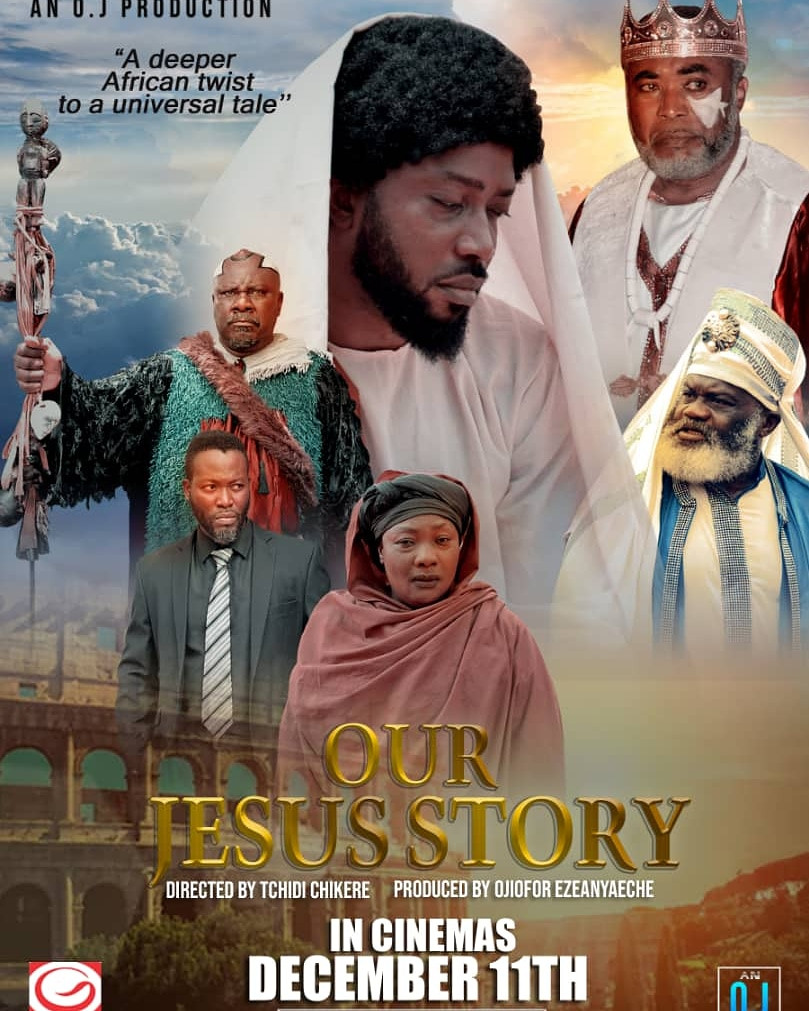 Come Friday December 11th 2020, the much expected African twist to the universally known story of Jesus the Christ titled, OUR JESUS STORY, will hit the cinemas with a resounding resonance of acclamations and praises, judging from the reactions and accolades already heaped on the film by those privileged to have seen the feature film at the much attended movie premiere.OUR JESUS STORY; the first of it’s kind as far as giving an African new interpretation and the use of an all black African cast and crew goes, promises to be a delightful watch and a totally deeper cinema experience this Christmas. The movie audio is on surround and gives the viewer the best of every little sound coming from different speakers all around the cinema halls , thus giving a live and much involving and audience drawing in sound experience. Picture is also of best quality as original footages are filmed on the much acclaimed Arri Alexa and Sony Cinema cameras with high resolution. Locations are as exotic as in the biblical/ Hollywood version, giving the same feel of the Jesus years and times. Costume is made to precision with nothing left to be desired. Story and screen play is outstanding , language is excellent and meet the settings. Dual plotting and sub plots is of international standards. Post production took a whole year and film is edited to meet all known stellar standards. OUR JESUS STORY LEAVE NOTHING TO BE DESIRED.The movie stars, Frederick Leonard. Sam Dede. Eucharia Anunobi , Adjetey Anang. Harry B. Stank K Amandi. Offiah Mbaka and many others.Directed by ace, multiple award winning film maker and writer, TCHIDI CHIKERE and produced by OJIOFOR EZEANYAECHEE of OJ productions , experienced makers of classic evergreen films like IGODO, ORACLE and MY LOVE, OUR JESUS STORY tells the story of Tumbiika, a young man condemned to die for love in his pagan native land, he braves an escape from death by the whiskers, but twenty years later he returns to his people and finds them as ready to put him to death as they were twenty years ago, but they were in for a shocker as they find him now ready to die. His role model was Jesus Christ. His story would plunge the people into battle.OUR JESUS STORY is a love story on various levels. It has it ‘s fair version of scenes that will make you laugh, cry, think, be joyful and wish for more. It is deep. It is classy, it is epic, it is African.The movie opens in cinema theatres from DECEMBER 11th. It is a must watch and offers the much needed and apt entertainment this Christmas and New year season. The post Our Jesus Story to hit cinemas on Friday December 11 appeared first on Linda Ikeji Blog.