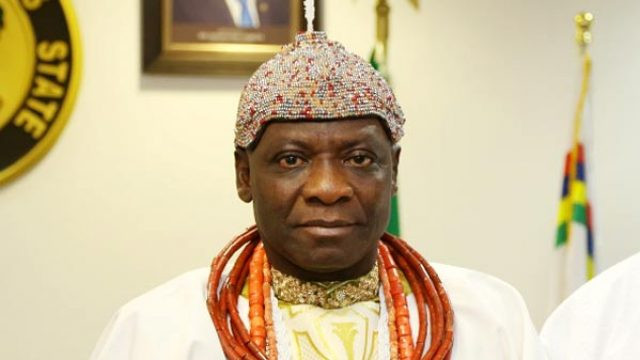 The Olu of Warri, His Majesty Ogiame Ikenwoli, has died. The monarch who celebrated his 5th-year coronation on December 12, died on Monday, December 21. He was aged 65 years old. Unconfirmed reports claim he died from COVID19. According to reports, the former General Officer Commanding 6 Division Port Harcourt, Major-General Olu Irefin, whose death about two weeks ago was attributed to COVID-19, was recently received by the Olu of Warri in the royal palace. The monarch's palace is yet to announce his passing. May his soul rest in peace, Amen.The post Olu of Warri, Ogiame Ikenwoli dies at 65 appeared first on Linda Ikeji Blog.