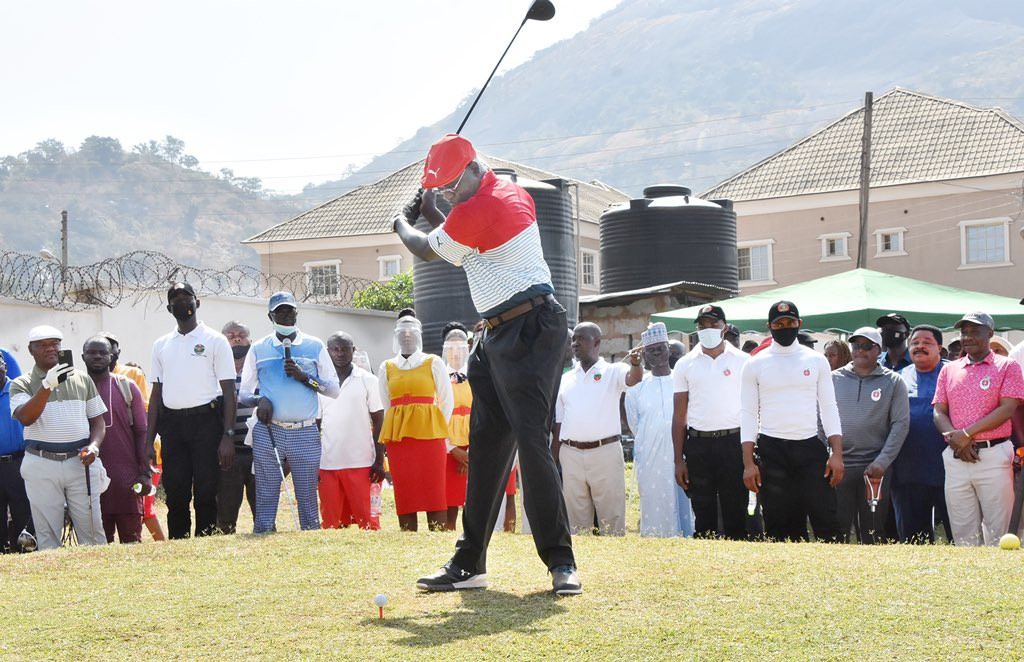 Chief of Army Staff, Lt. Gen. Tukur Buratai, has been attacked online by Nigerians for attending a Golfing program on Saturday, December 5, despite the worsening insecurity across the country. Journalist, Jafaar Jafaar, shared the photo of the Army Chief on his Twitter handle and shared his dissatisfaction''Nigeria’s Chief of Army Staff Buratai tees off today in Abuja. Out there in the North East, Boko Haram is unleashing terror, while bandits are holding the North West & Central to ransom. In April, Buratai said he won’t return to Abuja unless BH is defeated.''Jafaar tweeted 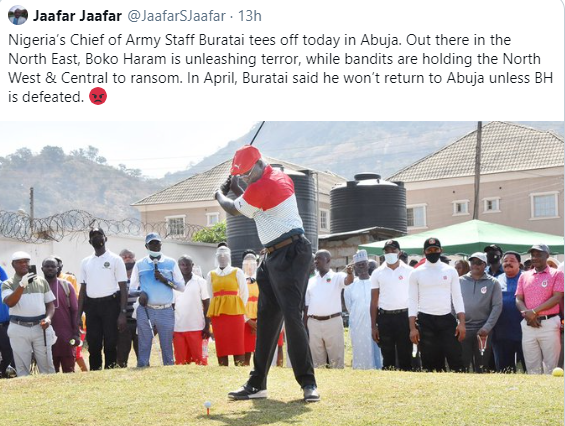 Other Nigerians also expressed their displeasure. See their tweets below 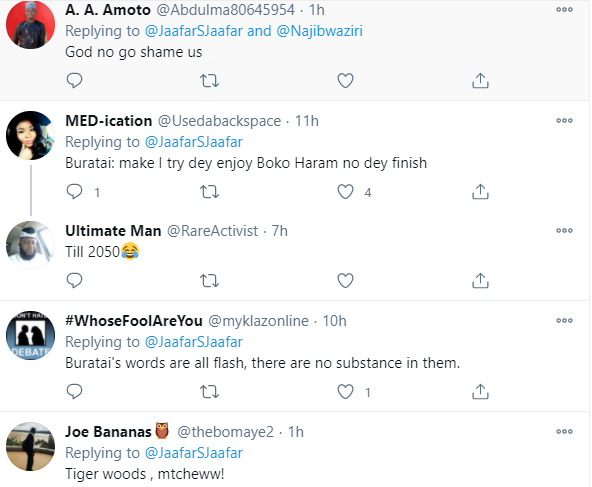 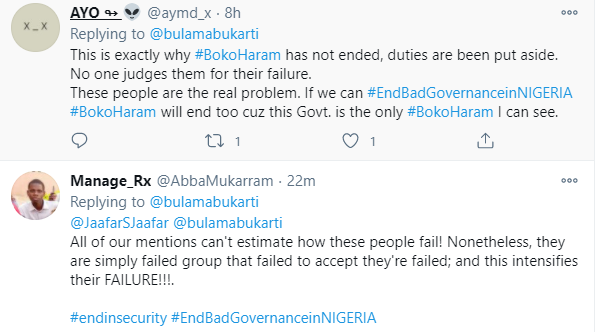 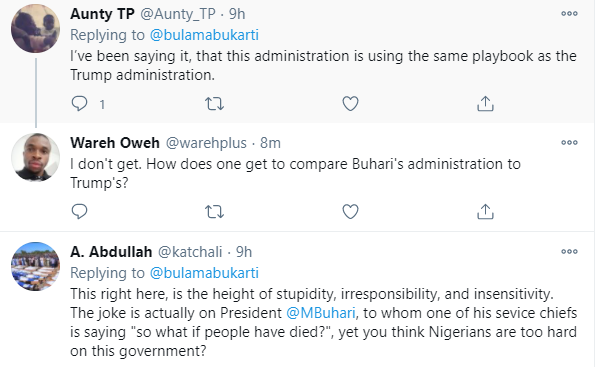 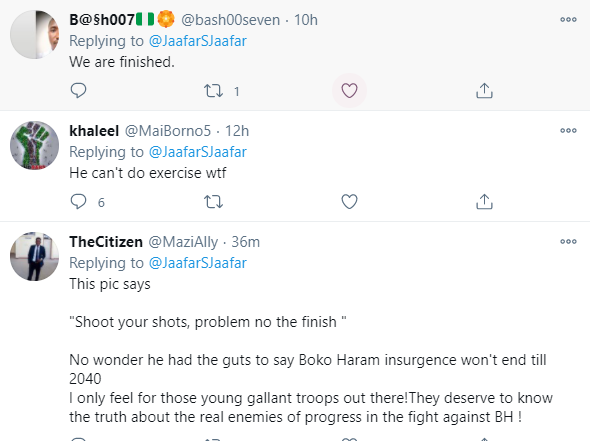 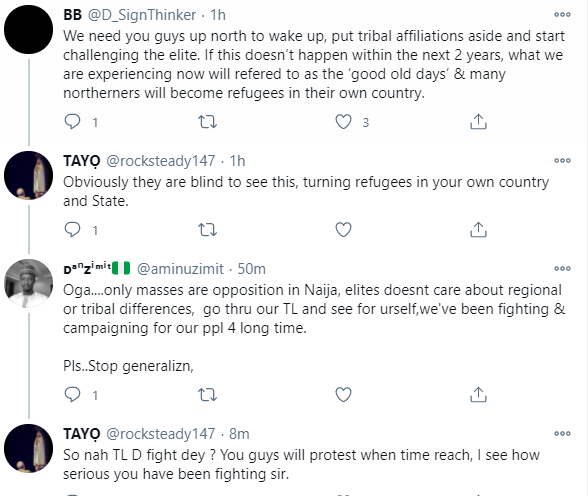 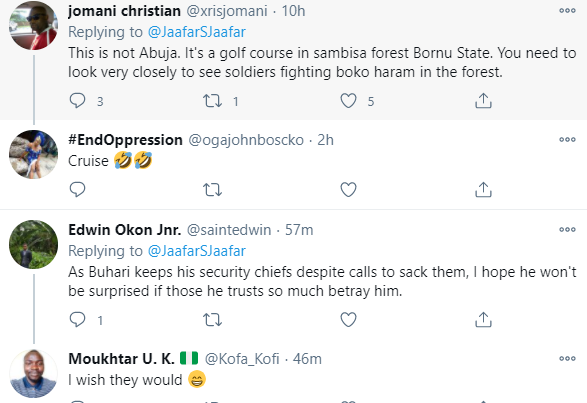 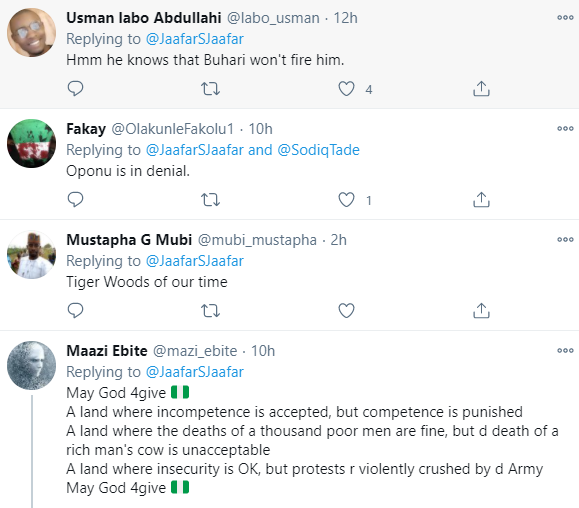 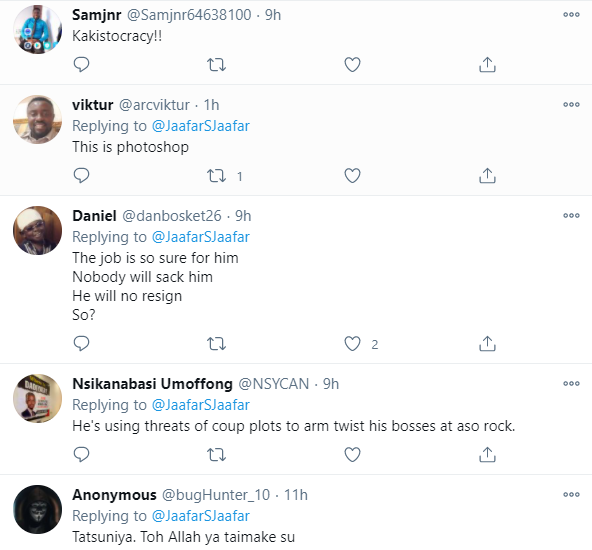 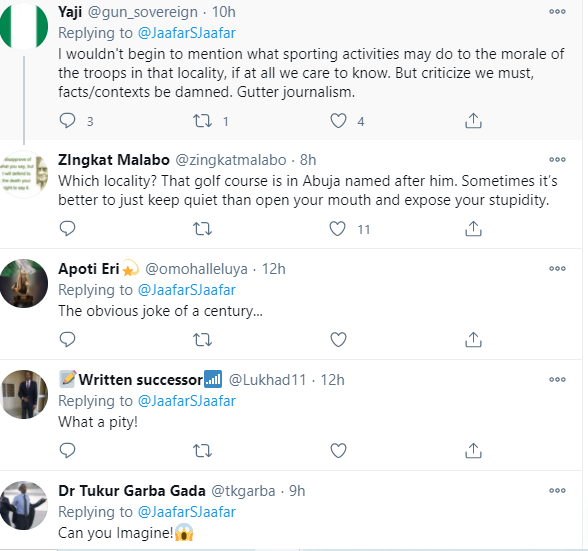