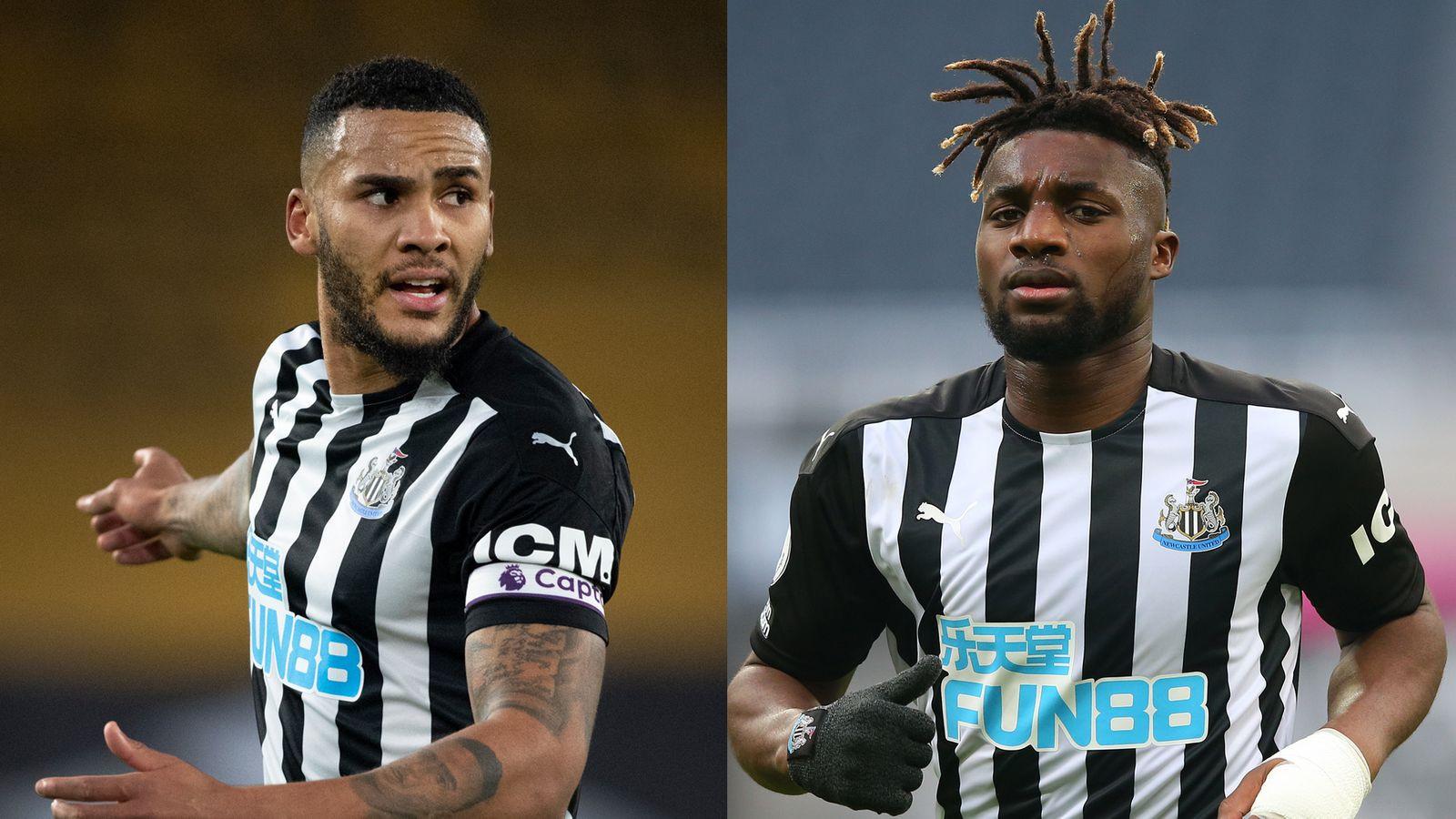 Newcastle United captain, Jamaal Lascelles and Allan Saint-Maximin are reportedly suffering from 'long-term effects from Covid- 19 following the club's mass outbreak. Back in November, Newcastle's Benton headquarters was closed after an outbreak of Covid-19 forced them to cancel training. Federico Fernandez and Isaac Hayden confirmed they both tested positive for COVID-19 during the outbreak, which saw more than 10 individuals at the club test positive.Now, club sources have confirmed that Lascelles and Saint-Maximin have also been struggling with the virus. The two who last played for Newcastle in their 2-0 defeat to Chelsea on November 21, have not trained since they contracted the virus, and will only return when they get better.  Speaking in a pre-match news conference, Steve Bruce said he was concerned for the health of two of his squad, but did not name them. He said it is 'frightening' the impact it has had on two of them, with concern remaining for their long-term health. 'My thoughts are with the two players, and the welfare of them,' he said. 'It's frightening when you think they are young and fit and absolutely supreme athletes. If anybody needs reminding of how serious this is, then we have witnessed it. 'We've had vomiting, sores, mouth ulcers, no smell, no taste, but the big thing, and which is the worrying, is the welfare of one or two of them. It's not great at all. 'That long-term Covid is something which you wouldn't think possible in young, fit, athletes. Unfortunately, it is so. 'They go for a walk for half an hour and then they want to go back to bed. It's as brutal as that. The fatigue is the one thing that has hit them all. For two of them, it's beyond that. We hope there's light at the end of the tunnel, but some are finding it a struggle.' Asked when the two players would return, Bruce said: 'I really don't know. It's had a damaging effect. So it won't be a week or two - it's going to be longer than that. 'We hope they recover properly and I will give them the time to recover because it's about the welfare of them and their long-term health. 'If one or two of them have got long-term Covid, like it seems, then it's very difficult to manage.'The post Newcastle stars, Jamaal Lascelles and Allan Saint-Maximin 'suffering long-term effects from Covid-19 and struggling to walk' appeared first on Linda Ikeji Blog.