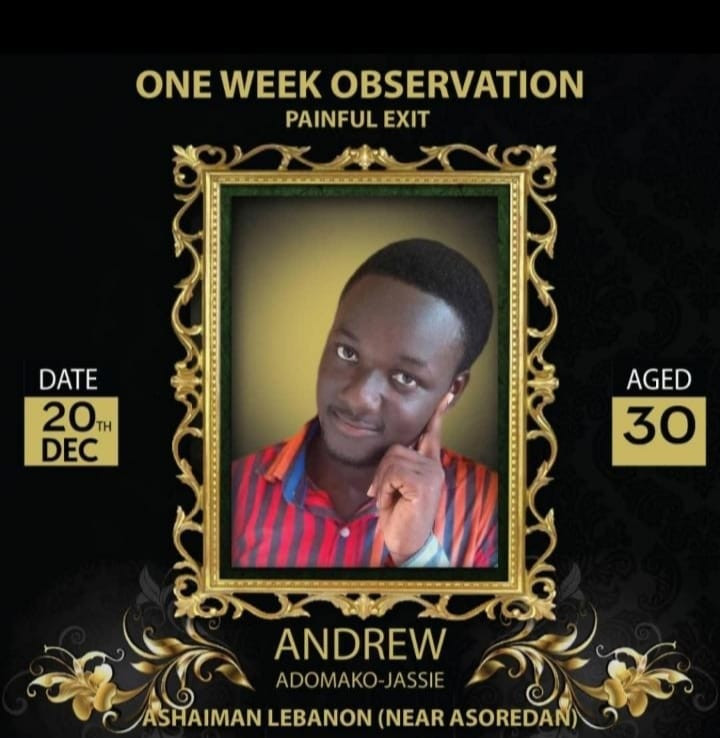 A 30-year-old Ghanaian man has died just a day after he secured a new job with the Ghana Immigration Service.It was gathered that the deceased identified as Andrew Adomako-Jassie complained of headache and died hours later.  According to a friend, the young man was supposed to start his job training on Monday, December 14. "My guy has been stressing for a job for the past 3 years after Uni, only to get a job and die the next day. Hmmm RIP Abodam." he said. "Heard he was supposed to start immigration training yesterday and he complained about headache, that’s all." he added. 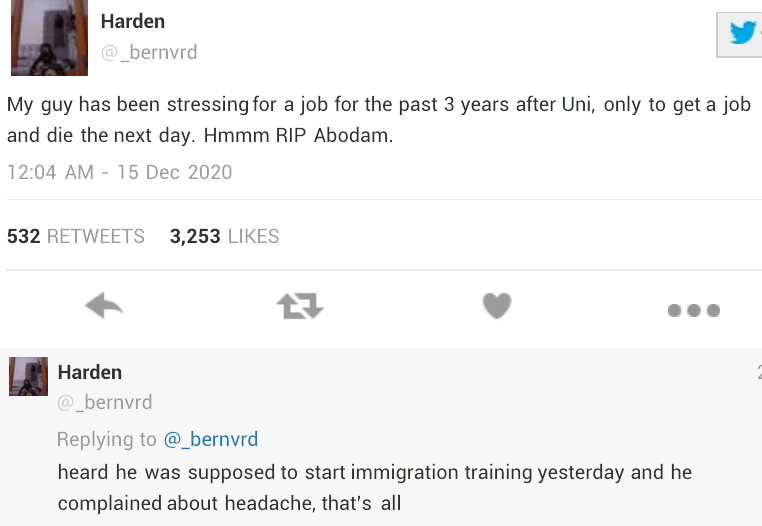 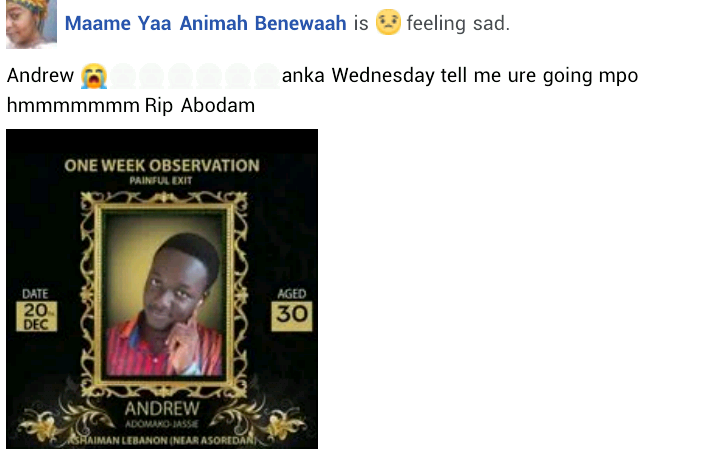 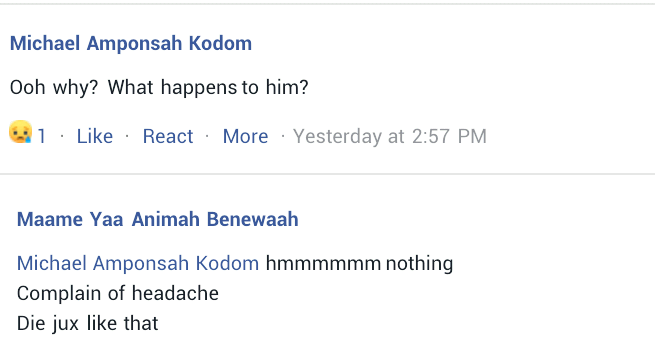 The post "My guy has been stressing for a job for the past 3 years" - Friends mourn man who died a day after he got a job appeared first on Linda Ikeji Blog.