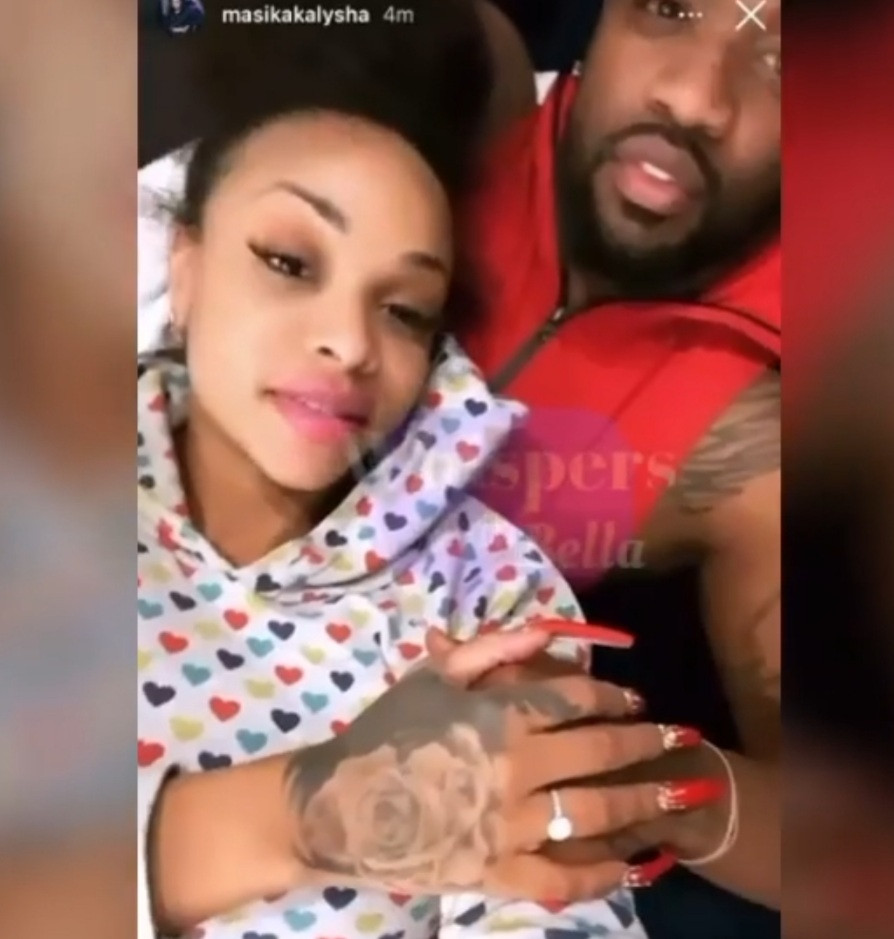 Love & Hip Hop star Masika Kalysha has revealed that she's engaged to a man she met 10 years ago and ignored for over 9 years. She took to her Instagram Stories to share a clip of her and a mystery man with an engagement ring on her finger. She later confirmed she's engaged to the man and called him her fiancé. Although little is known about the man who proposed to the reality star, Masika said that she’s known him for 10 years and he had appeared back into her life just 4 months ago. She tweeted: "Met my fiancé 10 years ago. Curved him for 97% of those 10 years. Been dating for 4 months. He asked me to marry him 4 days ago. Last night I asked him what made you so sure after only 4 months of dating? He said I knew 10 years ago, on the day I met you that I was gonna marry u." 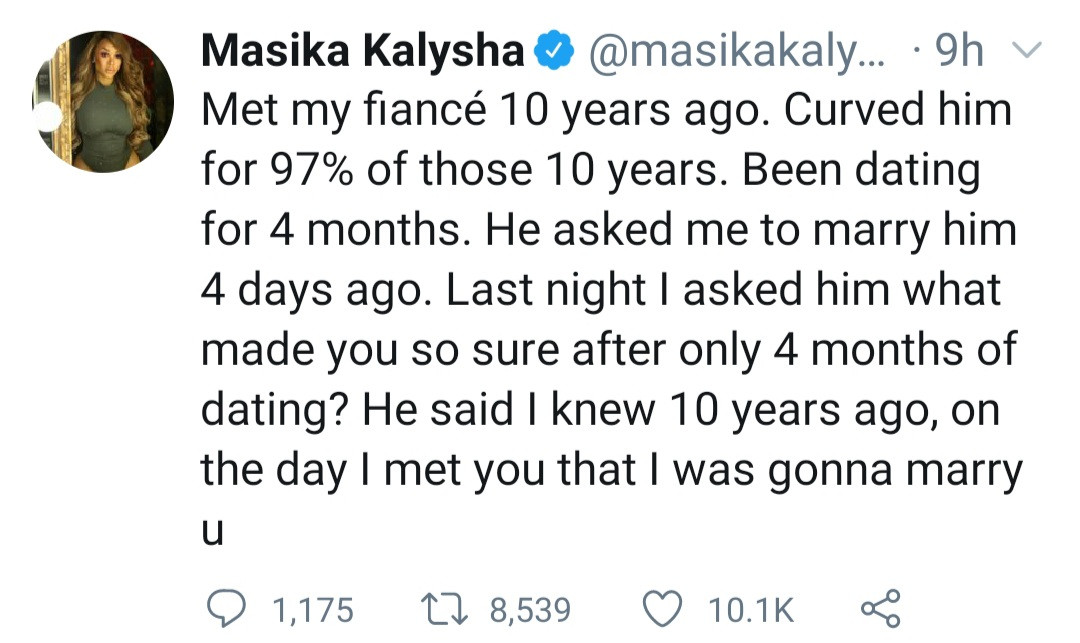 She added in another tweet: "Baby said are you sure you want to spend the rest of your life with the same man over and over again every day. I said yes. Are you sure? He said ain’t I the one who asked you? #energy" 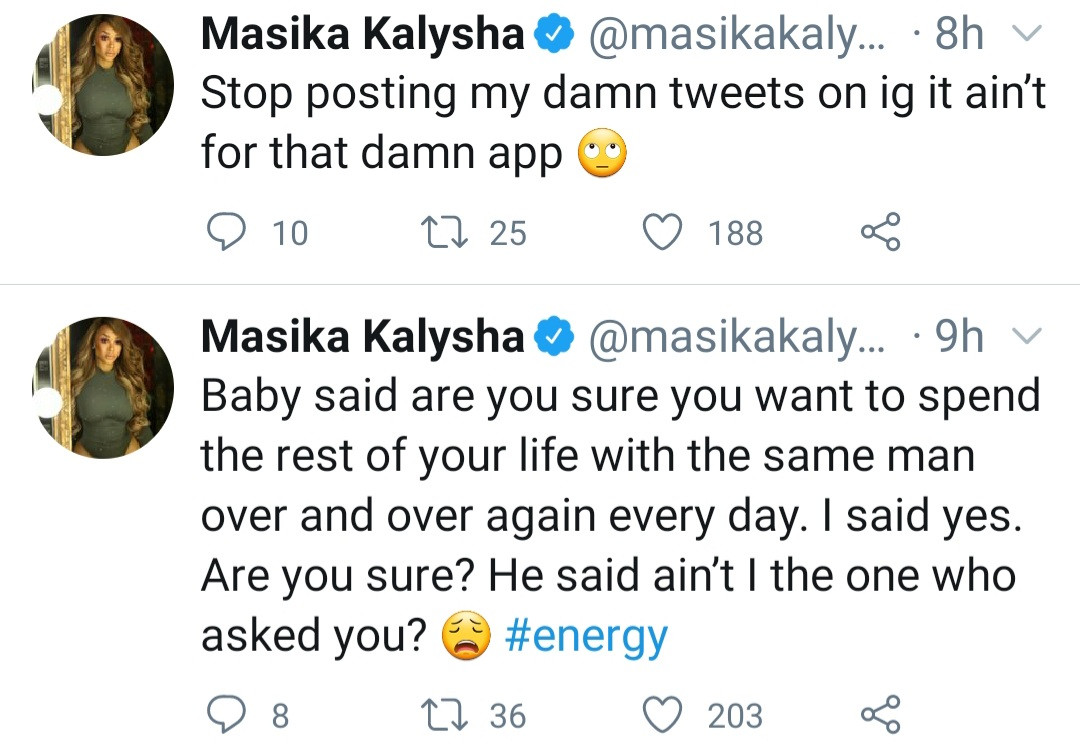 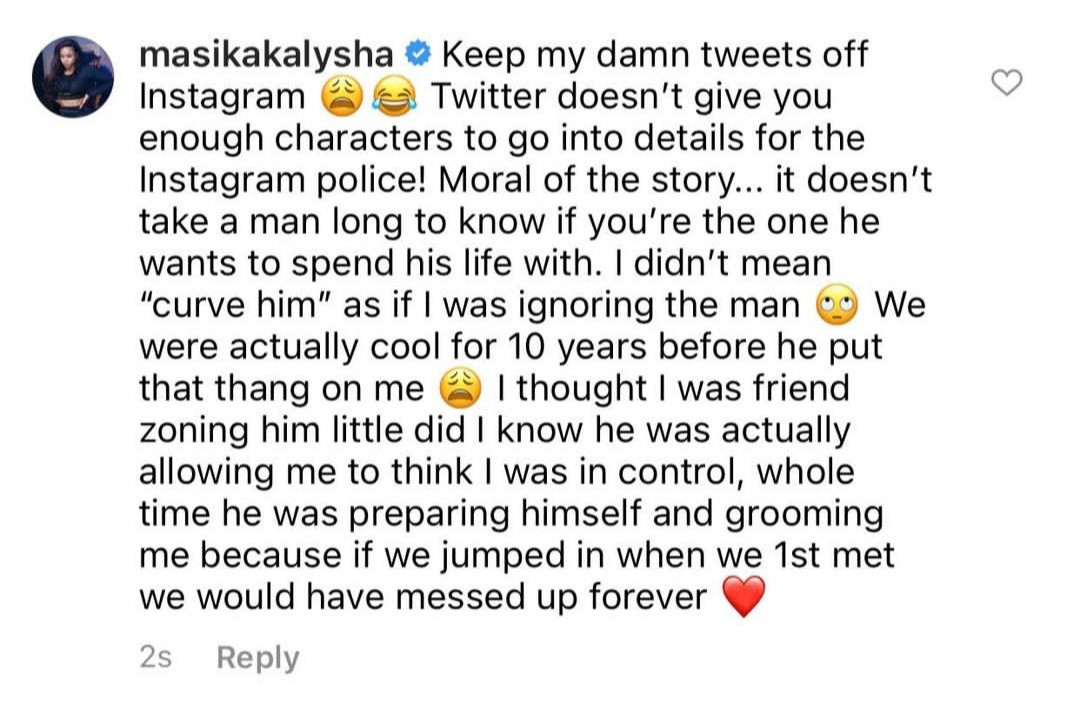 The post Masika Kalysha reveals she's engaged to a man she met 10 years ago but 'curved' for over 9 years appeared first on Linda Ikeji Blog.