Man kills his kinsman over brideprice sharing formula in Imo 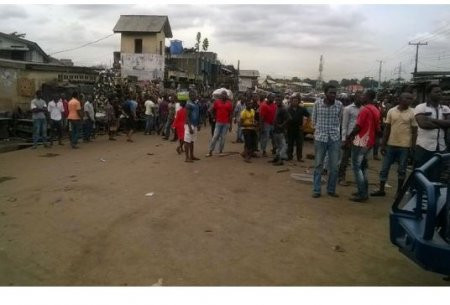 The police in Imo state is currently on the trail of one Victor Iwu, for allegedly killing his kinsman, Bright Odi, over the sharing formula of the brideprice paid for one of their sisters in Umunze village, Obinze community, in the Owerri Local Government Area of Imo State on Monday, November 30. According to reports, one of their sisters was recently given out in marriage and as expected, her husband paid the brideprice to her family. While sharing the brideprice, an argument ensued between Victor and Bright. The argument soon degenerated into a fight and in the process, Victor kicked Bright, an electrician, in his scrotum.  Eyewitnesses say Bright lost consciousness and was immediately rushed to the hospital where the doctors on duty confirmed him dead the next day, Tuesday, December 1. Confirming the incident, the spokesperson of the state police command, Orlando Ikeokwu, said the suspect is currently on the run and would soon be apprehended. Ikeokwu said the matter has since been transferred to the State Criminal Investigation and Intelligence Department for further investigation.   The post Man kills his kinsman over brideprice sharing formula in Imo appeared first on Linda Ikeji Blog.