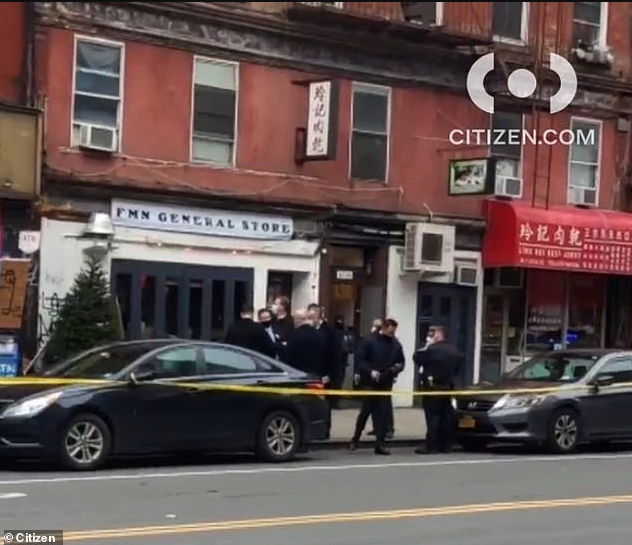 A man jumped to his death from a fifth-floor rooftop in Lower Manhattan early Wednesday morning, December 16, after police say he stabbed another man in the head. The violent incident took place on Canal Street near Division Street at around 9.30am. According to police, the two men, who are roommates, were arguing inside an apartment building when one of them, said to be a man in his 50s, pulled out a knife and stabbed the other in the head. Following the attack, the suspect climbed to the rooftop and jumped.  An eyewitness told the New York Post the man said nothing before taking the fatal leap from the corner of the roof. A photographer on the scene captured an image of the unnamed suspect sprawled motionless on the ground, wearing nothing but a pair of grey shorts and socks. 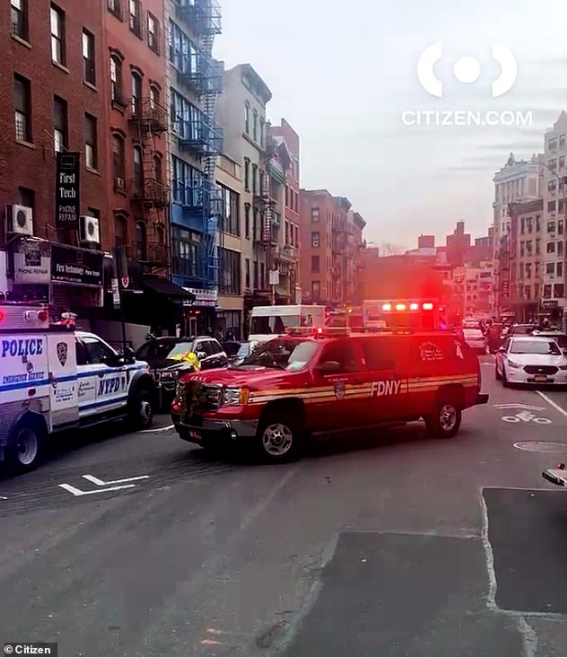 The attacker was taken to New York-Presbyterian Lower Manhattan Hospital, where he died from his injuries. Meanwhile, a passerby told New York Daily News about seeing the 43-year-old victim of the stabbing 'covered in blood from head to toe,' walking barefoot along Canal Street and screaming for help.  The injured man was transported to NYC Health + Hospitals/Bellevue, where he was listed in critical but stable condition and is expected to survive. Police have not said what the two roommates were fighting over before the stabbing.The post Man jumps to his death from fifth-floor rooftop after stabbing his roommate in the head appeared first on Linda Ikeji Blog.